VATICAN CITY (RNS) — According to one Brazil bishop attending the Vatican summit on the Amazon region, a majority of Brazilian bishops are in favor of allowing the ordination of married men to the priesthood.

“Of the bishops who are in the Amazon region, I guess 2/3 are in favor of the viri probati,” said Emeritus Bishop Erwin Kräutler of Xingu, Brazil, using the Catholic Church’s official term for tested married men.

Speaking to reporters after a Vatican news conference Wednesday (Oct. 9), the prelate also argued that “there are many bishops who are in favor of female deacons.” 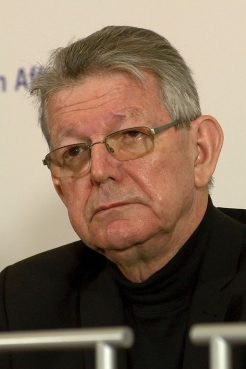 “For me there is no reason why women are not able to be ordained (as deacons),” Kräutler said, adding that this synod “may be a step to” but not the deciding factor on these issues.

Originally from Austria, Kräutler arrived in Brazil in 1966 and has been  ministering to the 20 or so indigenous communities living along the Xingu River since then. He is a member of the pre-synodal council and lead author of the synod’s preparatory document, the “Instrumentum Laboris.”

According to Kräutler, “there is no other option” than ordaining married men to bring the Eucharist in the Amazon region, which extends over nine countries in Latin America.

“The indigenous people don’t understand celibacy. They say that very openly and I see it,” he said at the news conference. “When I get to an indigenous village, the first thing they ask is, where is your wife?”

Drawing from a conversation he had with Pope Francis during a 2015 private audience, Kräutler said that in the Catholic faith the Eucharist is above celibacy and should therefore be guaranteed to the numerous isolated communities in the Amazon. He also spoke in favor of the female diaconate.

“We talk a lot about emphasizing the role of women, but we need something concrete,” he said. “I am referring to the female diaconate, and I say: Why not?”

The head of the Vatican communications department, Paolo Ruffini, didn’t mention synod discussion on ordaining women as deacons but he did address the debates on viri probati.

“It doesn’t mean changing the law of ecclesiastic celibacy,” he said, “but to take notice that this law – like all human laws – may have some exceptions.” 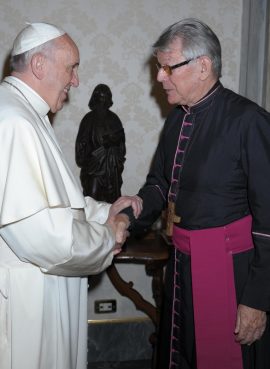 In 2014, Kräutler took part in the writing and preparation of Pope Francis’ encyclical on the environment, “Laudato Si’,” on the care of creation and integral human development. At the news conference, the bishop spoke strongly against the controversial Belo Monte hydroelectric dam, which damaged the livelihood and health of many indigenous peoples living near the Xingu River.

“We must tell the people what is happening,” Kräutler said. “The church joins with the conclusions of renowned scientists and will surely begin to scream to the four winds what is going on.”

The bishop stated that Catholics living close to the indigenous realities know the challenges they are facing “far better than the politicians” who live in the major cities of Brazil, stating that this synod represents an effort by Pope Francis to draw global attention to the dramatic situation in the Amazon.

As a symbol of the church joining hands with scientists to address the problems and find practical solutions, Nobel Peace Prize winner Carlos Alfonso Nobre is attending the synod and took part in the news conference Wednesday.