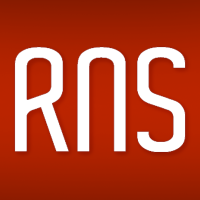 NEWS STORY
RNS-Leith-Anderson: Retiring association head Leith Anderson: evangelicals not just white or political
WASHINGTON (RNS) — As he prepares to retire from the nation’s umbrella organization of evangelicals, Leith Anderson isn’t wedded to what has become a debatable term for a segment of the Christian faithful. But he’s committed to its definition — both as a sociologist and a minister. By Adelle M. Banks. 1,700 words. (category: a)

NEWS STORY
RNS-Chaplaincy-Innovation: Group explores role of chaplains as people are less likely to identify with religion
(RNS) — As church attendance wanes, some scholars expect that people will encounter chaplains more often pastors. The newly-formed Chaplaincy Innovation Lab at Brandeis University in Massachusetts aims to explore how chaplains in healthcare, military, workplaces, prisons, colleges and universities are affected by changes in American religious life. By Alejandra Molina. 1,035 words. (category: a)

NEWS STORY
RNS-Honest-Struggle: Film follows ‘honest struggle’ of formerly incarcerated Muslims re-entering society
(RNS) – By the time Darrell Davis was released from prison in 2013, the former gang chief had spent more than half of his life on the inside and had discovered a new identity as a Muslim. “The Honest Struggle,” a documentary by Emmy Award-winning filmmaker Justin Mashouf, follows Davis as he returns to the South Side of Chicago and builds a new life. Mashouf spoke to RNS about changing attitudes among U.S. Muslims toward the incarcerated and how people of faith can help make the re-entry process easier for ex-prisoners. By Aysha Khan. 2,000 words. (category: a)

COMMENTARY
RNS-Rifkin-Oped: The Dalai Lama teaches a lesson on rethinking our faiths traditions
(RNS) — The Dalai Lama announced that the “custom of recognizing reincarnate lamas may have had its day.” Imagine a Roman Catholic pope proclaiming that the College of Cardinals is a flawed institution ripe for abolishment. By Ira Rifkin. 900 words. (category: k)

COMMENTARY
RNS-Salkin-Oped: Was Mister Rogers the messiah?
(RNS) — Why has there been such a sudden explosion of Rogers-mania? Because we are soul-sick of monstrous political leaders and clergy who abuse their spiritual power. By Jeffrey Salkin. 1,000 words. (category: k)