(RNS) — Each week Religion News Service presents a gallery of photos of religious expression around the world. This week’s gallery includes a Shinto festival in Japan, a sacrificial festival in Nepal, and more. Hindu devotees raise their sacrificial blades as they gather to sacrifice buffalos during Gadhimai festival in Bariyarpur, south of Kathmandu, Nepal, Tuesday, Dec.3, 2019. Hundreds of thousands of Hindus gathered at a temple for a ceremony involving the slaughter of thousands of animals. (AP Photo/Samir Shrestha) 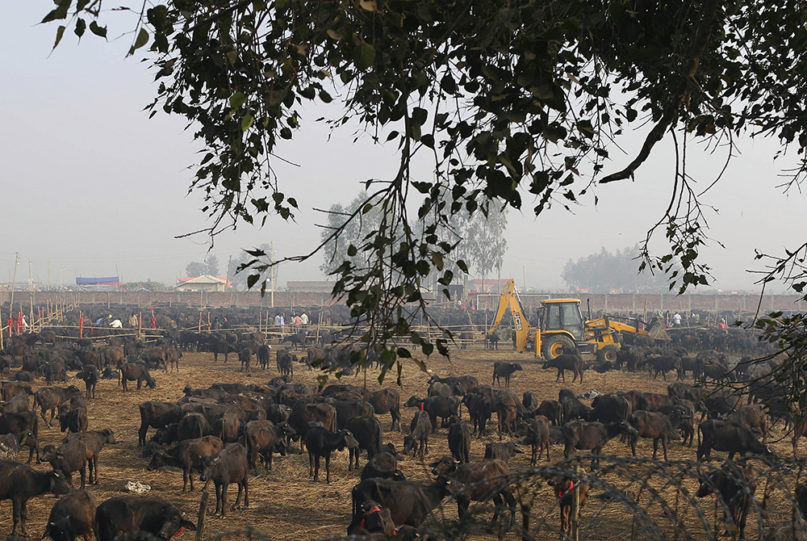 Thousands of buffalos await being sacrificed during Gadhimai festival in Bariyarpur, south of Kathmandu, Nepal, Monday, Dec 2, 2019. Hundreds of thousands of Hindus gathered at a temple for a ceremony involving the slaughter of thousands of animals. (AP Photo/Samir Shrestha) 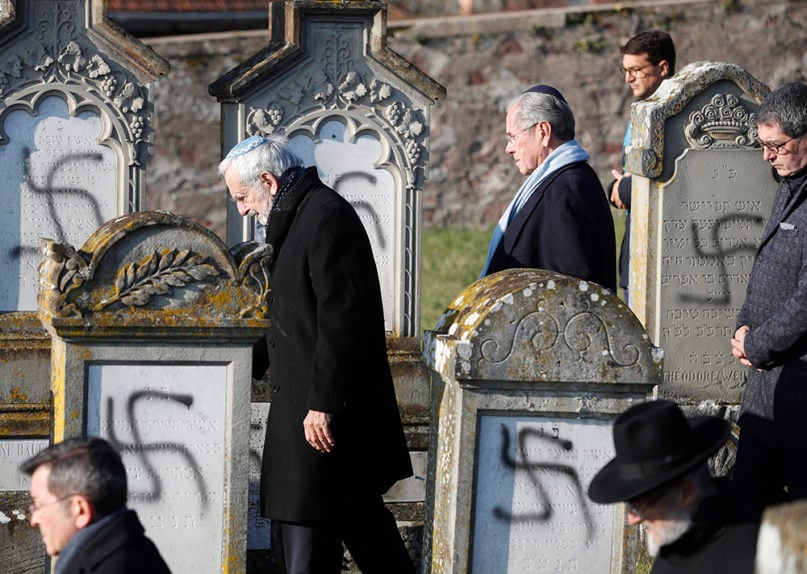 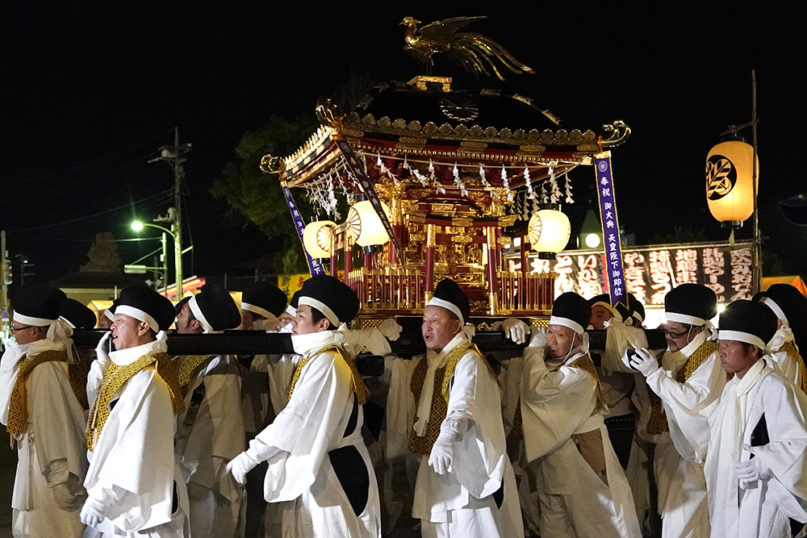 White-clad men carry a mikoshi, a portable shrine, during the Chichibu Night Festival in Chichibu, north of Tokyo, Japan, Tuesday, Dec. 3, 2019. Shinto is Japan’s indigenous religion that goes back centuries. It is an animism that believes there are thousands of kami, or spirits, inhabiting nature, such as forests, rivers and mountains. (AP Photo/Toru Hanai) 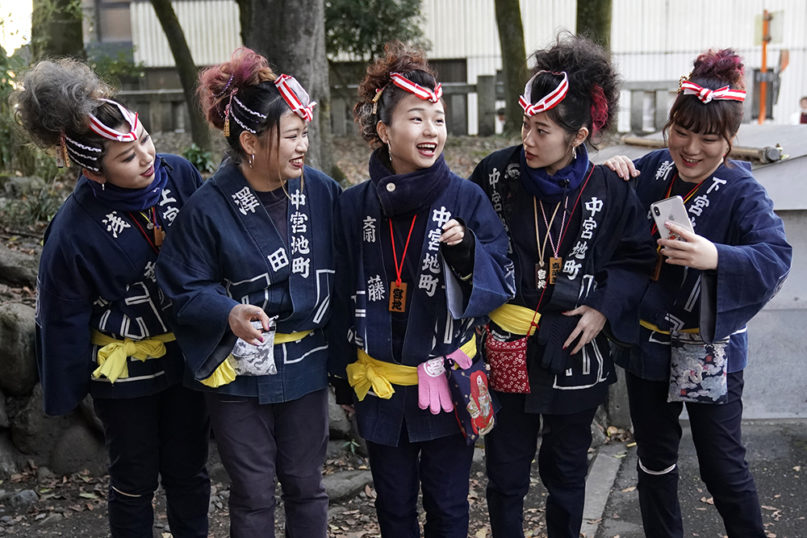 Participants clad in traditional happi coats prepare for a selfie before the Chichibu Night Festival in Chichibu, Japan, Tuesday, Dec. 3, 2019. This two-day festival has its roots in an older tradition of villagers giving thanks to the nearby mountain god for helping them during the planting and harvesting season, according to Minoru Sonoda, the chief Shinto priest of the shrine. (AP Photo/Toru Hanai) 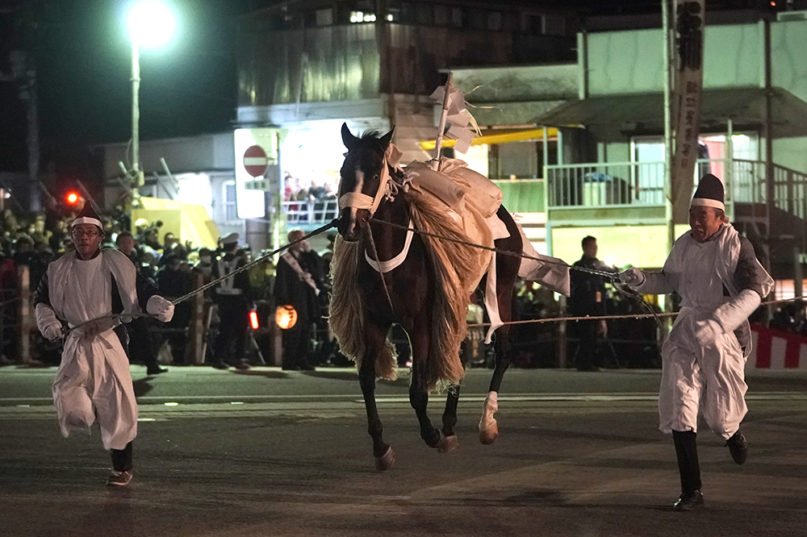 Men run with a sacred horse during the Chichibu Night Festival in Chichibu, Tuesday, Dec. 3, 2019. Moving six towering floats up a hill and into the town center is the culminating moment of a Shinto festival that has evolved from a harvest thanksgiving into a once-a-year meeting between two local gods. (AP Photo/Toru Hanai) 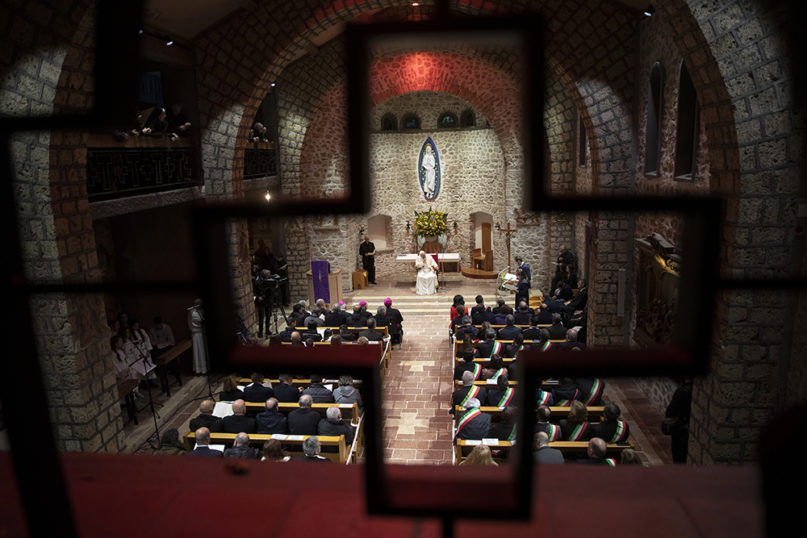 Pope Francis listens to the reading of the apostolic letter he signed during his visit in Greccio, Italy, Sunday, Dec. 1, 2019. Pope Francis on Sunday hailed nativity scenes as ‘’simple and admirable’’ signs of Christian faith and encouraged their placement in workplaces, schools and town squares, as he bolstered a Christmas tradition that has at times triggered bitter legal battles in the United States. (AP Photo/Alessandra Tarantino) 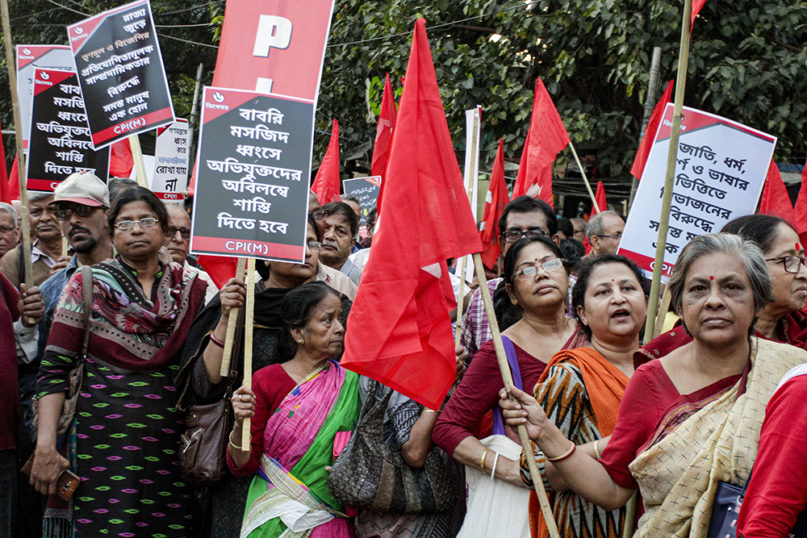 Indian activists and supporters of different leftist groups hold signs as they participate in a rally calling for communal harmony to mark the anniversary of the Babri Masjid Mosque demolition, in Kolkata, India, Friday, Dec. 6, 2019. A unanimous court verdict last month paves the way for a Hindu temple to be built on the disputed site, a major victory for the Bharatiya Janata Party (BJP), which has been promising such an outcome as part of its election strategy for decades. The court said Muslims will be given 5 acres (2 hectares) of land at an alternative site. (AP Photo/Bikas Das) 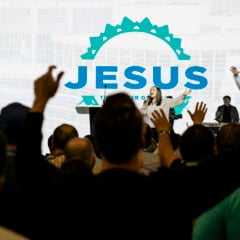 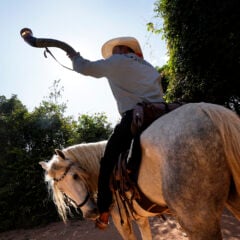