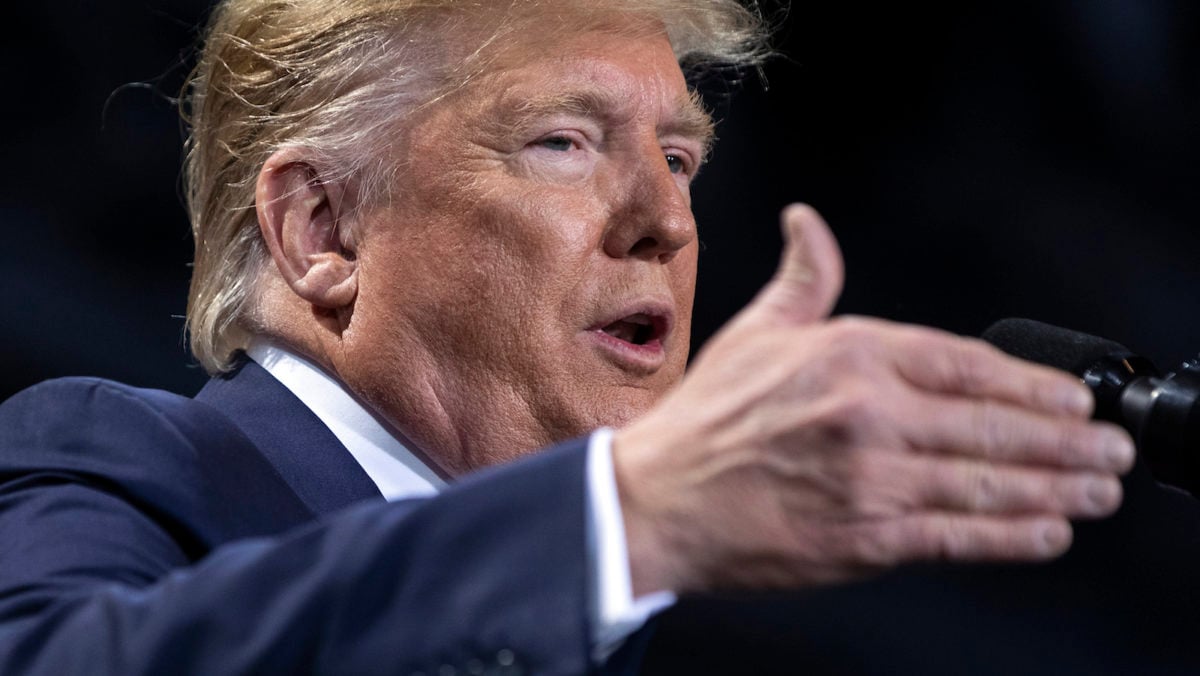 MIAMI (AP) — The pastor of a Miami megachurch that will host President Donald Trump at a rally this week is guaranteeing that people who entered the U.S. illegally won't risk deportation by attending.

During a Sunday Spanish language service, Pastor Guillermo Maldonado told the gathering of hundreds that he's heard people asking how he could bring Trump to the church if those attending include people who lack immigration papers, given the president's hard-line immigration policy.

"I ask you: Do you think I would do something where I would endanger my people? I'm not that dumb," Maldonado told them.

The Miami Herald reported Maldonado also made an appeal to some of his congregation who feel apprehensive about attending Trump's Friday (Jan. 3) visit to the King Jesus International Ministry church because of his administration's increased immigration raids.

"I don't think the president would do such a thing," Maldonado said. "Don't put your race or your nationality over being a Christian. Be mature. ... If you want to come, do it for your pastor. That's a way of supporting me."

The church in West Kendall south of Miami was chosen by Trump to host about 70 Christian pastors during an event billed as an "'Evangelicals for Trump' Coalition Launch."

Maldonado asked churchgoers from Venezuela and Cuba to raise their hands, and he emphasized his own opposition to communist dictatorships, something Trump has also done at rallies in South Florida as an appeal to Hispanic voters.

The pastor said the church isn't organizing or financing the event and that anyone seeking to attend the campaign rally had to preregister at DonaldJTrump.com.

On Sunday, Secret Service agents were examining bags before the services, to prepare for the event. Every other church service during the week, except for a New Year's Eve mass, is being canceled, Maldonado said.