(RNS) — When two or three are gathered on Facebook, is Christ there? When 10 Jews meet on a Zoom call, is it a minyan?

Over the past few days, as states have asked houses of worship to suspend services, synagogues have held muted Purim celebrations and other religious meetings and services have been canceled, people have already begun mourning the loss of community.

It’s a good time for people of faith to reflect on how well digital technologies serve faith communities and consider the future of religion, which by definition is that which binds people to one another.

Community has always been one of the internet’s significant features. Last year, I hosted a virtual reality talk show called “You. Are. Here.” On the opening show, I gathered a pastor, a yoga teacher and a rabbi who led meditation and worship via virtual reality. They talked about the deep experience of connection that their VR congregations experienced.

It struck me that VR allowed anyone to join these meetings regardless of physical ability or appearance, offering a chance to be seen without judgment in ways that offline communities do not. We worry that the internet has rendered physical presence secondary to manufactured sights and sounds, but for some this can be liberating.

Indeed, all people seem to feel less inhibited online, which can lead to deeply connected and spiritual community. One of the earliest online Christian communities was founded by the Rev. Chuck Henderson, who started the First Church of Cyberspace in the mid-1990s. Members met in an HTML chat room on Sunday evenings and “did church” together with what Henderson called an “intimacy” that allowed people to open up and be real with one another. Digital communities also render proximity secondary to affinity. When I was serving as an associate dean of religious life at Princeton University, a Buddhist student needed to go home for a semester to West Virginia, where she didn’t have a community that shared her spiritual practice. An online group of like-minded Buddhists in New York City allowed her to join them for weekly meditation, download the teachings and assuage her sense of alienation.

Online communities can sometimes even meet spiritual needs in ways that in-person congregations fall short. Early in her career, Christian theologian Deanna Thompson had nothing but disdain for the internet. But when she got a very serious form of cancer, her brother created a page for her on the online community site Caring Bridge, where people could support her and get updates on her treatment. In her book “The Virtual Body of Christ in a Suffering World,” Thompson wrote that her internet community was more “there for her” than her local church.

“I started to realize,” Thompson wrote, “I was being surrounded by a cloud of witnesses greater than any I could have imagined before. … I’ve been awakened to a new — indeed, almost mystical — understanding of the church universal, mediated through what I’ve come to call the virtual body of Christ.”

In some small way I understand what Thompson means. My network on Facebook often feels more like a prayer circle, and Instagram posts offer me inspiration, religious and secular alike. My religious friends on Twitter offer Bible commentary, teach from the Torah and offer wisdom from their Sikh, Hindu, Buddhist and Muslim traditions. The ability to learn and commune with people of other faith traditions online is almost unending. 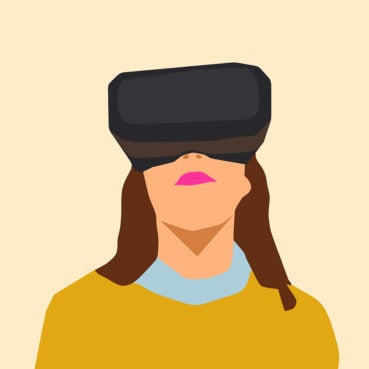 Of course, for many, and perhaps most, of us, virtual contact isn’t sufficient — especially for those who live alone, are single or simply get fed by the presence of others. An avatar doesn’t replace human touch, smell or the voices of a crowd. Virtuality doesn’t always overcome the screen.

The online world can also be fraught and even dangerous for those seeking spiritual sustenance. The ability to delete, unfriend, and unfollow those who do not agree with our theology or politics can make online communities fragile, or ultimately isolating. Hate too often flourishes unchecked in the digital world. Fear is promulgated and violence is promoted against individuals and entire communities.

But religion has always existed outside of our physical bounds, and good people need to act against the evil of anti-Semitism, Islamophobia, racism, misogyny and targeting of vulnerable communities everywhere. My deepest prayer is that in the coming years, people of good faith will commit to redeeming the internet for good. Perhaps the millions of faithful turning in these fearful days to digital spaces for spiritual community might demand that the internet be that for them.

I don’t long for a world when my religious practice is purely online. Certainly, we can’t share Eucharist or other traditional rituals online. This crisis, too, demands that we show up for one another in person in brave ways.

But being forced into “social distancing” doesn’t mean we can’t be present and be a blessing to one another in new ways that digital technology allows. The most important quality that any religious community can offer is love and comfort in times of sorrow and celebration and gratitude in times of joy. The resources of the internet can allow us to continue our faith traditions by praying and caring for one another during this time of great need and the other crises that are sure to come.

(The Rev. Paul Brandeis Raushenbush, a Baptist minister, is senior adviser for public affairs and innovation at Interfaith Youth Core and former president of the Association for College and University Religious Affairs. The views expressed in this commentary do not necessarily represent those of Religion News Service.)