Indian Hindu devotees cheer as colored powder and water is sprayed on them by a Hindu priest during celebrations marking Holi at the Swaminarayan temple in Ahmedabad, India, Tuesday, March 10, 2020. Holi, the Hindu festival of colors, also marks the advent of spring. (AP Photo/Ajit Solanki)
March 14, 2020
Kit Doyle

(RNS) — Each week Religion News Service presents a gallery of photos of religious expression around the world. This week’s gallery includes the Hindu festival of Holi, the Jewish festival of Purim, and more. Indian Hindu devotees cheer as colored powder and water is sprayed on them by a Hindu priest during celebrations marking Holi at the Swaminarayan temple in Ahmedabad, India, Tuesday, March 10, 2020. Holi, the Hindu festival of colors, also marks the advent of spring. (AP Photo/Ajit Solanki) 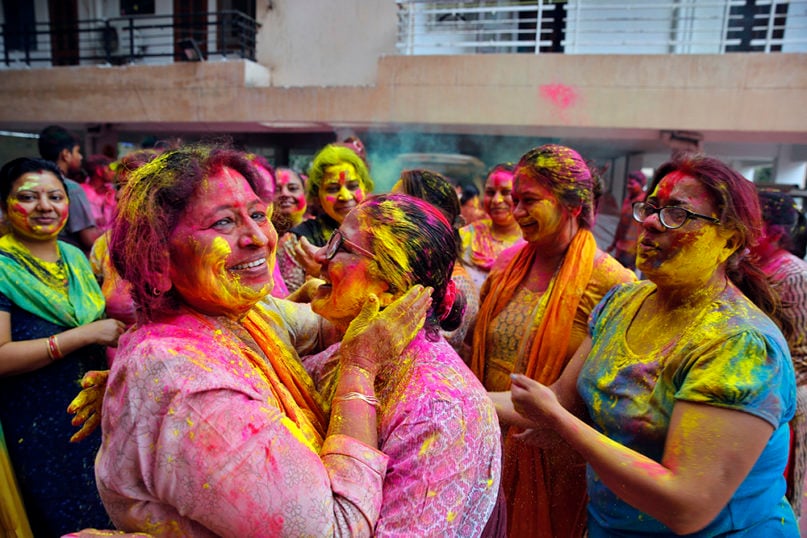 Exile Tibetan Buddhist nuns wear protective masks as a precaution against a new coronavirus during a protest march marking the anniversary of the 1959 Tibetan uprising in Lhasa, as Tibetans gather in Dharmsala, India, Tuesday, March 10, 2020. For most people, the new coronavirus causes only mild or moderate symptoms, such as fever and cough. For some, especially older adults and people with existing health problems, it can cause more severe illness, including pneumonia. (AP Photo/Ashwini Bhatia) 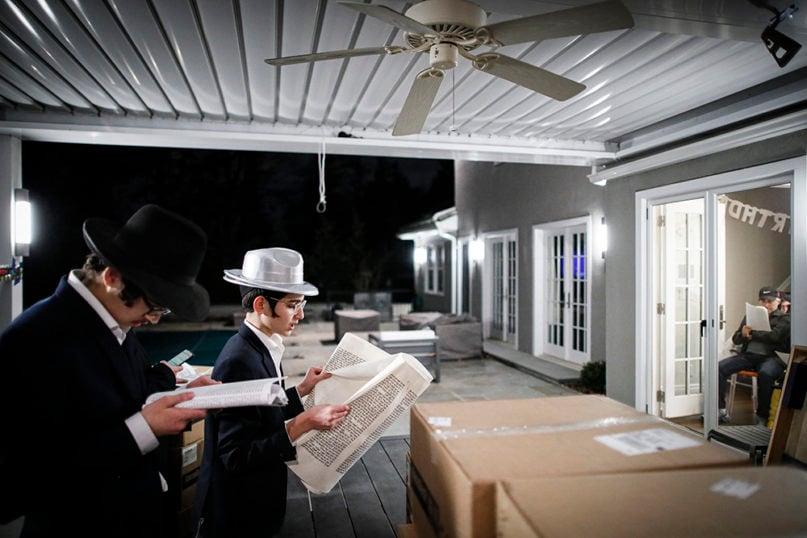 Yirmeyahu Gourarie performs a Purim reading from the Book of Esther for residents under self-quarantine due to potential exposure to the new coronavirus, Monday, March 9, 2020, in New Rochelle, New York. In Westchester County, student volunteers from a Jewish secondary school were fanning out in teams to read the megillah on Monday evening and during the day Tuesday outside the homes of about 120 families from the community who are quarantined. (AP Photo/John Minchillo) 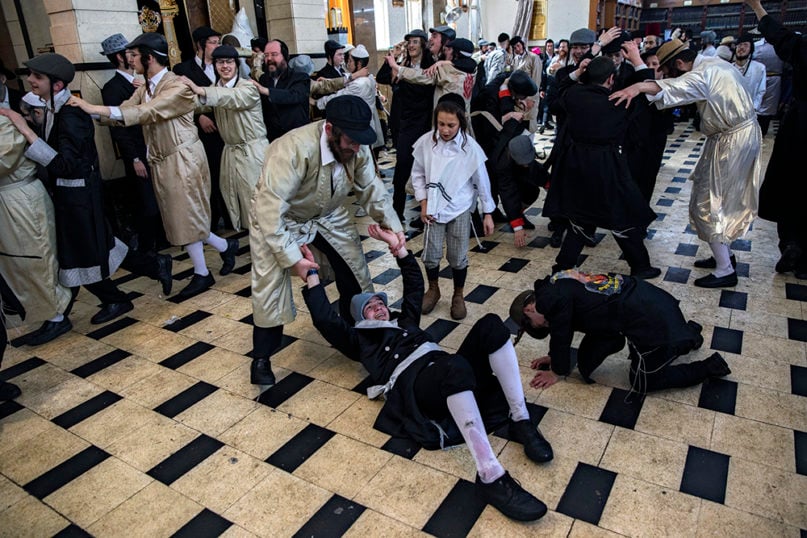 Jewish Ultra-Orthodox men and children, some wearing costumes, read the Book of Esther, which tells the story of the Jewish festival of Purim, at a synagogue in Bnei Brak, Israel, Monday, March 9, 2020. The Jewish holiday of Purim commemorates the Jews' salvation from genocide in ancient Persia, as recounted in the Book of Esther. (AP Photo/Oded Balilty) Faithful watch Pope Francis deliver the Angelus prayer on a giant screen to avoid crowds gathering, in St. Peter's Square, at the Vatican, Sunday, March 8, 2020. The pope in his streamed remarks said he was close in prayers to those suffering from the coronavirus and to those caring for them. (AP Photo/Andrew Medichini) Farid Ahmed, top left, whose wife died in last year's shootings at two mosques in Christchurch, New Zealand, addresses Friday prayers on Friday, March 13, 2020. Events marking the anniversary of the death of 51 people who were killed and dozens more injured when a gunman attacked  on March 15, 2019, begin Friday. (John Kirk-Anderson/Pool Photo via AP) Normally bustling with large crowds, the plaza in front of Rome’s Pantheon is nearly empty on March 12, 2020, in Rome, due to Italy's national quarantine. The Pantheon, a former Roman temple built around 125 CE, is now a Roman Catholic church. Photo by Federico Manzoni