(RNS) — As fears about the COVID-19 pandemic continue to spread, some faith groups and other activists are turning their attention to the nearly 2.3 million Americans currently incarcerated, including about 175,000 inmates in federal prisons.

Those prisoners are often held in crowded spaces and regularly exposed to new inmates entering the prison system, prompting federal prison officials to say some inmates may have to be moved to prevent overcrowding.

Officials in New York and in Oklahoma City are working to release some nonviolent inmates, according to The New York Times, while faith-based activists have called for some prisoners to be released to prevent the spread of the COVID-19 virus.

To get a sense of what life is like in prison during the coronavirus pandemic and especially how prisoners are practicing their faith during this time, Religion News Service spoke with Ed Pawlowski, who has been incarcerated at the Danbury Federal Correctional Institution in Connecticut since December 2018.

Pawlowski, 54, the former mayor of Allentown, Pennsylvania, was sentenced to 15 years in prison in 2018 on public corruption charges. He is appealing that conviction.

Since coming to the prison, Pawlowski, a Moody Bible Institute graduate, has led Bible studies, served as a leader in the prison’s church, played drums in several bands and taught classes. He’s also learning Arabic, spending time in the prison’s library and putting his political skills to use to help fellow inmates, according to The Morning Call newspaper.

“It’s kind of like being mayor but for a lot less money,” he told The Morning Call. “I get all the complaints, work the bureaucracy to get things done and attempt to motivate folks to keep our living environment habitable.”

Pawlowski, who is seeking release during the COVID-19 crisis (he has only one lung), spoke to RNS by email. This interview has been edited for length and clarity.

How are people at the prison reacting to the COVID-19 virus? Do they know what’s going on outside?

Life here has changed with COVID-19. It took awhile, but we are now locked down except for going to eat and one hour of rec or to the legal library. I hear the next step is to bring us our food within our units. But the conditions are still tough. Over 70 guys in close proximity (bunk beds) in one big room (that is our unit), no hand sanitizer, few chemicals and little fresh air.

We watch the news, listen to the radio and talk to loved ones. We know the outside world is in turmoil but we know bits and pieces, and lots of rumors floating around.

What’s faith life inside the prison on a normal basis? How has it changed?

All worship activities, for the most part, have been suspended. I am hosting a nightly prayer meeting in the unit and Bible study on Sundays since we now have no church services. There is a lot of interest now in the Bible and prayer as guys become more afraid of the virus and begin to face their mortality. I’ve asked my friends and family to send Bibles that I can give to seekers.

Please pray for many to come to Jesus during this time of vulnerability. God has the needed answers, as well as comfort.

Many Americans are now stuck at home and socially cut off from one another at this point. Do you have thoughts on how people can keep faith alive at a time like this?

People at home who are locked in can take some lessons learned in prison and apply them.

First, make and keep a routine, set a time to pray, a time to read, a time to exercise and do it daily to break up the boredom. Play games, cards, chess, board games to break up the time. Learn how to talk and converse with others again and try not to get on each other’s nerves.

What can people outside prison do for prisoners at this time?

People on the outside can call, write and stay in touch with those who they know in prison. It is painful not knowing how your family and friends are doing when you’re hearing all this bad news on the virus and can do nothing to help. Also send funds, even small amounts, for commissary since being locked in means we eat even less than normal.

Pray for us. And advocate by asking your congressman and senators to have the federal government release nonviolent offenders like many other countries are doing throughout the world and states are doing with state institutions in different parts of the country. 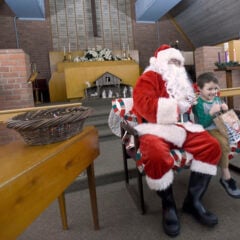 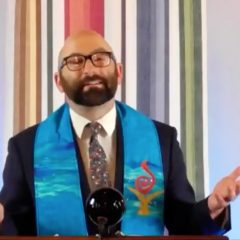 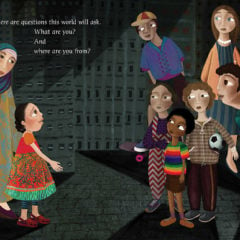 News
Gift drive for the children of Muslim inmates seeks to serve the ‘hidden ummah’
Follow us on Facebook!
Submit your photos to RNS