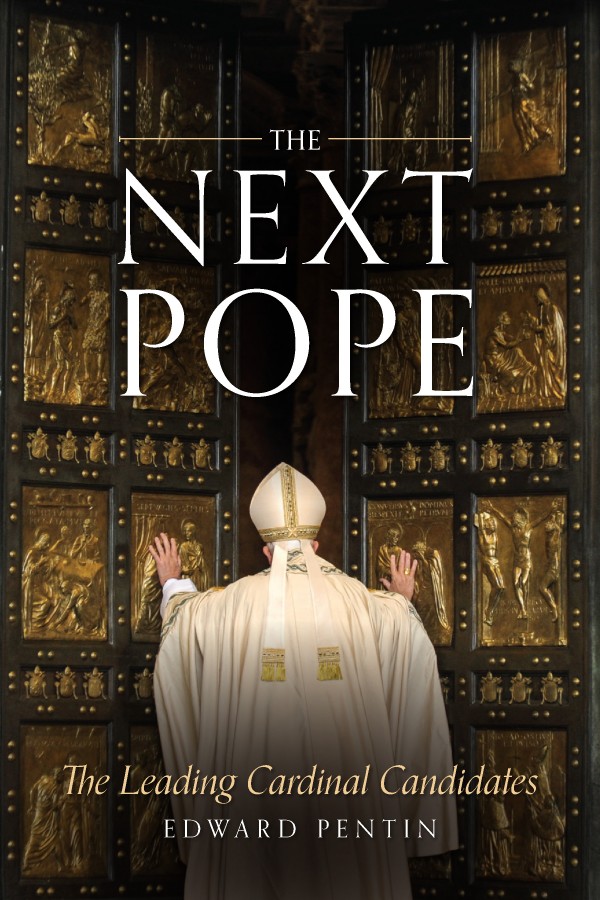 BOSTON — The election of a pope, like that of a president, is by its very nature a seismic event. And whether Pope Francis continues to serve as Roman pontiff for one or a dozen more years, the most influential and widely recognized moral and religious office in the world will eventually have a new occupant.

On June 24, 2020, at 8 p.m. Rome (GMT+2) / 2 p.m. New York (EDT), respected Catholic experts will discuss the cardinals most likely to succeed Pope Francis, as highlighted in the forthcoming book, “The Next Pope: The Leading Cardinal Candidates,” by Edward Pentin.

The Rome correspondent for the National Catholic Register, Pentin made a startling observation during his 17 years of covering the Vatican: Prospective candidates for the papacy are not only unknown outside the Vatican walls, but even the cardinal-electors themselves may know little about them, including their essential beliefs.

“The Next Pope: The Leading Cardinal Candidates” therefore aims to help fill that information gap. Pentin details the backgrounds of 19 leading candidates for the papacy including Cardinal Antonio Luis Tagle, prefect of the Congregation for the Evangelization of Peoples, the Vatican Secretary of State Cardinal Pietro Parolin, Cardinal Sean O’Malley of Boston, and Cardinal Gerhard Müller, prefect emeritus of the Congregation for the Doctrine of the Faith. A preview is online, where the book is available for pre-order.

Collaborating with an international team of respected scholars and drawing on his years of experience, Pentin provides biographical and critical aspects of each candidate’s ecclesiastical life. He then assesses how each man has fulfilled his three fundamental roles as successor to the Apostles: his sanctifying role as priest, his governing role as bishop and his prophetic role as teacher.

With “The Next Pope: The Leading Cardinal Candidates,” Pentin launches a public discussion on the future of the Catholic Church and the essential qualities her earthly spiritual leader should possess.

Douthat will take part via live link from the U.S.; Pentin, Allen and de Mattei will be in the EWTN rooftop studio against the backdrop of St. Peter’s Basilica.

Request a Review Copy
Members of the media may send an email to our Publicity Coordinator at [email protected] to receive a complimentary review copy of "The Next Pope: The Leading Cardinal Candidates" or to set up an interview with the author, Edward Pentin.