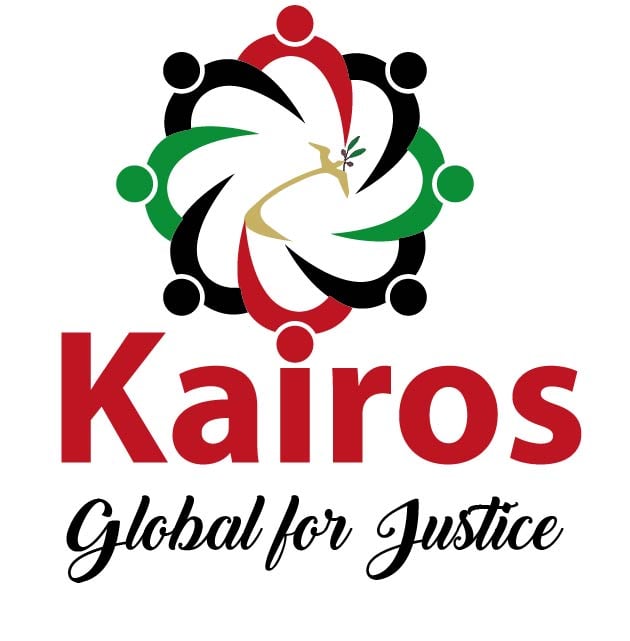 BETHLEHEM, Palestine — Kairos Palestine and Global Kairos for Justice, a broad network of allies including Palestinian Christians and international friends of Kairos Palestine, issue “Cry for Hope: A Call to Decisive Action”, an urgent call to end the oppression of the Palestinian people.

Rifat Kassis, general coordinator of Kairos Palestine, explains, “The Body of Christ can no longer stand by as world leaders and the international community trample on the rights of Palestinians to dignity, justice and self-determination under international law. The integrity of the Christian faith itself is at stake.”

The authors of this international call describe the release as coming at a time of global emergencies, when the world has been summoned to turn its attention to the most vulnerable. They point to movements around the world that are seeking to bring down the structures of racism, ethnic cleansing and the violation of land and its resources.

“Cry for Hope” makes the case that, as Israel announces its annexation plans, a critical point has been reached in the struggle to end the oppression of the Palestinians. Authors argue that the personal, cultural, economic and environmental suffering of Palestinians under occupation increases day-by-day.

Apart from the “Cry for Hope”, a growing number of leaders around the world have made the case that, with expected support from the U.S. administration, Israel’s annexation of an additional one-third of the West Bank, including the fertile Jordan Valley, will effectively accomplish the goal of colonizing the Palestinian homeland.

Dr. Souraya Bechealany, secretary-general of the Middle East Council of Churches, says of the call, “The Kairos document Cry for Hope is our cry for Justice and, therefore, we sign in conviction under this petition as an institution representing all the Churches in the region. Our struggle for Justice and Rights will never cease. It is our raison d’être as Christians, the pursuit of and establishment of Justice. Peace without Justice is inconceivable.”

Attached to the document are the names of over 300 persons and organizations offering their endorsement—church leaders, theologians, officers of ecumenical bodies and grassroots advocacy networks. Embodied in the Cry for Hope is an appeal for more signatures and bold actions on the part of the church.

The international writing team declares, “Cry for Hope is rooted in the logic of love which has as its goal the liberation of both the oppressor and the oppressed. To bring an end to the suffering and bloodshed and to bring peace in the Holy Land, we invite churches, international ecumenical
organizations, concerned advocates from all faith traditions and partners from every sector to commit to the seven action points in the Cry.”

Cry for Hope and its accompanying signature campaign are accessible here. The list of international leaders who have endorsed the document and translations in multiple languages can be found at www.cryforhope.org. Authors of the document encourage persons to report how they plan to take action for hope, justice and freedom at the movement’s Facebook page, Global Kairos for Justice Coalition.