(RNS) — Each week Religion News Service presents a gallery of photos of religious expression around the world. This week’s photo selection includes the passing of two civil rights leaders, the controversial conversion of the Hagia Sophia back into a Muslim place of worship, and more. 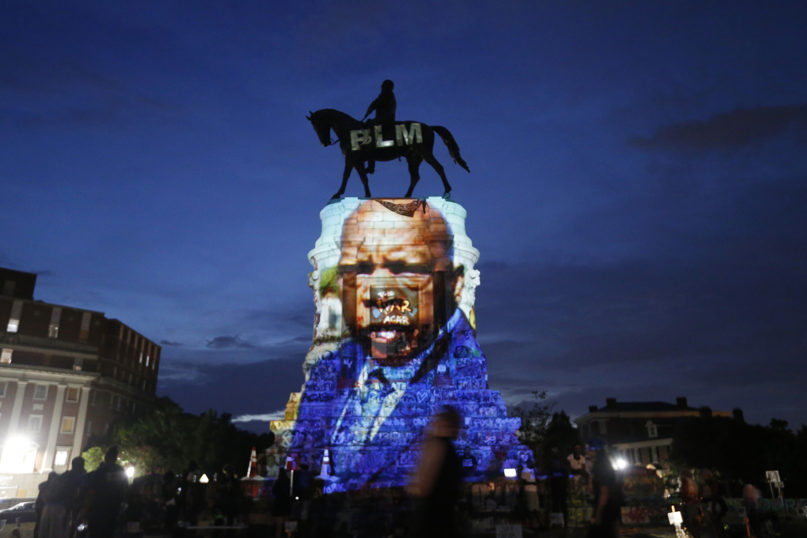 An image of the late Georgia Congressman and civil rights pioneer U.S. Rep. John Lewis is projected onto the pedestal of the statue of confederate Gen. Robert E. Lee on Monument Avenue, Wednesday, July 22, 2020, in Richmond, Va. The statue has become a focal point for the Black Lives Matter protests in the area. (AP Photo/Steve Helber) 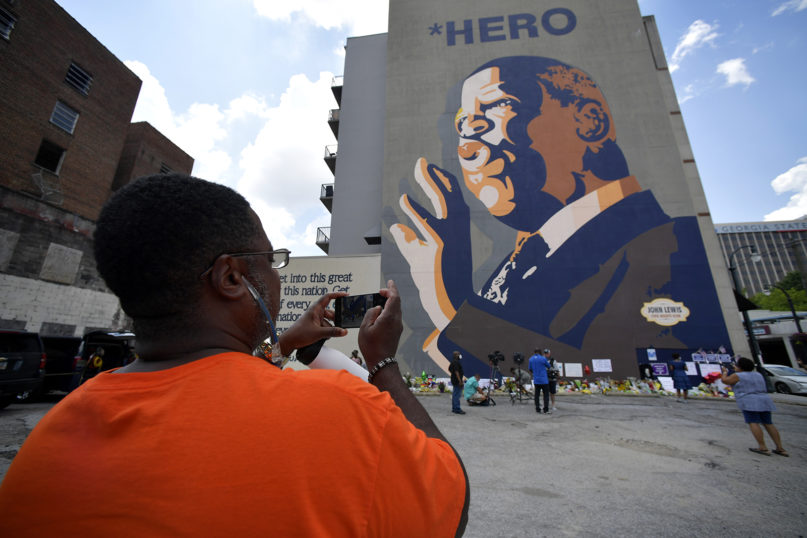 People gather at a make-shift memorial near the home of Rep. John Lewis, D-Ga., Sunday, July 19, 2020, in Atlanta. Lewis, who died Friday (July 17) at age 80, was the youngest and last survivor of the “Big Six” civil rights activists who organized the 1963 March on Washington, and spoke shortly before the group’s leader, Rev. Martin Luther King Jr., gave his “I Have a Dream” speech to a vast sea of people. (AP Photo/Mike Stewart) 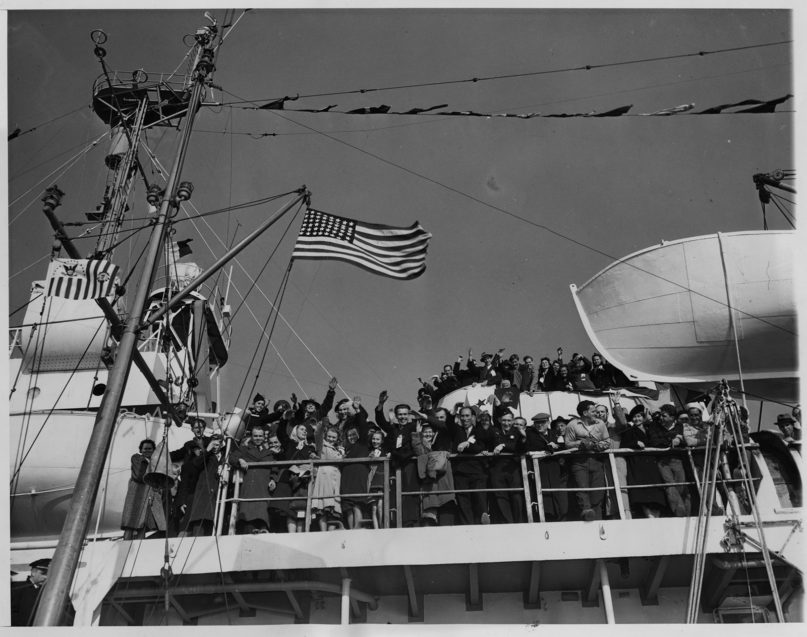 From the deck of the U.S. Army Transport General Black, some of the 813 displaced persons aboard wave greeting to the United States, land of their new home, as the ship nears its pier in New York, Oct. 30 1948. The immigrants were the first to be admitted to the U.S. under a new displaced persons bill. RNS archive photo. Photo courtesy of the Presbyterian Historical Society 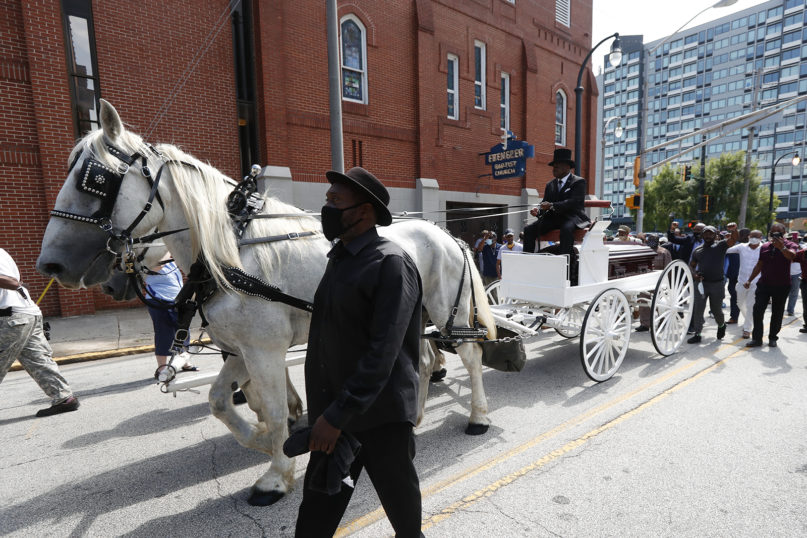 Mourners march with the casket of the Rev. C.T. Vivian past Ebenezer Baptist Church to the Martin Luther King, Jr. National Historical Park during a memorial service for Vivian, Wednesday, July 22, 2020, in Atlanta. (AP Photo/John Bazemore) Mourners sit in the Georgia’s capitol rotunda around the casket of the Rev. C.T. Vivian for his memorial service, Wednesday, July 22, 2020, in Atlanta. Vivian, an early and key adviser to the Rev. Martin Luther King Jr. who organized pivotal civil rights campaigns and spent decades advocating for justice and equality, died Friday at the age of 95. (AP Photo/John Bazemore) 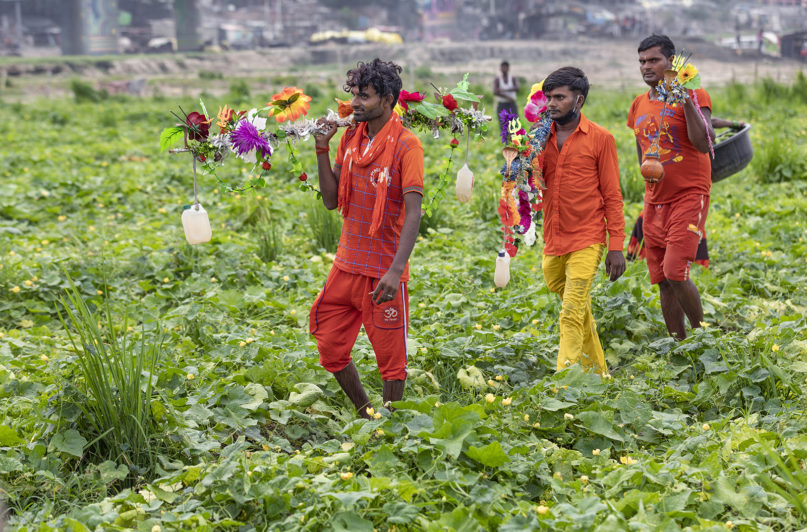 Hindu pilgrims, known as Kanwarias, walk on the banks of the Ganges River in Prayagraj, India, Friday, July 24, 2020. Kanwarias perform a ritual pilgrimage in which they walk the roads of India, clad in saffron, and carrying ornately decorated canisters of sacred water from the Ganges River over their shoulders to take it back to Hindu temples in their hometowns, during the Hindu lunar month of Shravana. (AP Photo/Rajesh Kumar Singh) Hindu pilgrims, known as Kanwarias, take holy dips in the Ganges River and fill containers with water in Prayagraj, India, Friday, July 24, 2020. Kanwarias are devotees performing a ritual pilgrimage in which they walk the roads of India, clad in saffron, and carrying ornately decorated canisters of sacred water from the Ganges River over their shoulders to take it back to Hindu temples in their hometowns, during the Hindu lunar month of Shravana. (AP Photo/Rajesh Kumar Singh) 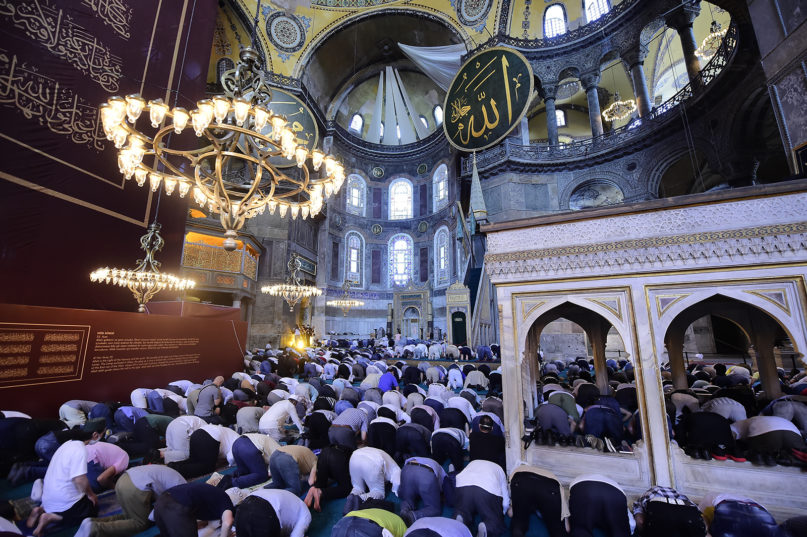 People pray inside the Byzantine-era Hagia Sophia following the inaugural Friday prayers in the sixth century building, in the historic Sultanahmet district of Istanbul, Friday, July 24, 2020. Mosaics depicting Christian figures were covered, in line with Islamic traditions that bar the depiction of figures. Worshipers held the first Muslim prayers in 86 years inside the Istanbul landmark that served as one of Christendom’s most significant cathedrals, a mosque and a museum before its conversion back into a Muslim place of worship. (AP Photo/Yasin Akgul) A villager offers food to Buddhist monks along the road as they collect alms from devotees in Svay Andet village outside Phnom Penh, Cambodia, Wednesday, July 22, 2020. (AP Photo/Heng Sinith) 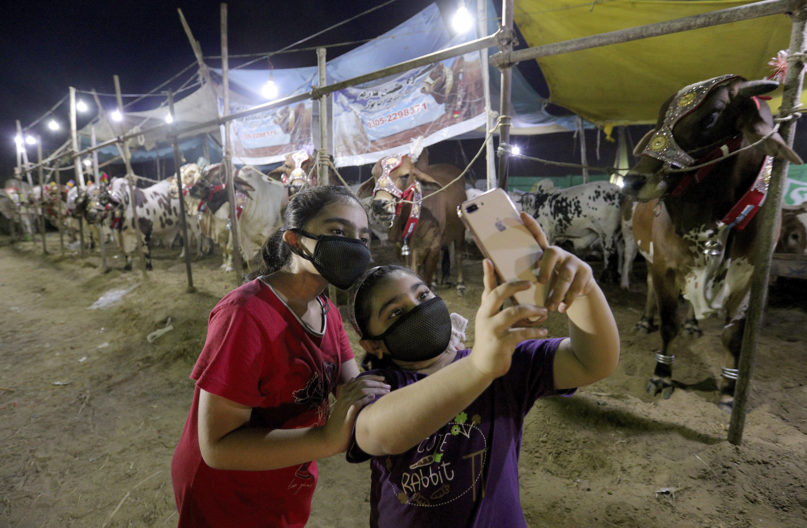 Girls take selfies at a cattle market set up for the upcoming Muslim festival of Eid al-Adha on the outskirts of Karachi, Pakistan, Sunday, July 19, 2020. Eid al-Adha, or Feast of Sacrifice, marks the willingness of the Prophet Ibrahim (Abraham to Christians and Jews) to sacrifice his son. (AP Photo/Fareed Khan) Members of the Sikh community take part in worship at the Gurudawara Sri Guru Singh Sabha temple in Quetta, Pakistan, Thursday, July 23, 2020. The 200-year-old Sikh temple, which served as a school for Muslim girls for seven decades, was returned to the Sikh community in the city of Quetta, enabling them to worship there for the first time in 73 years, officials said Thursday. (AP Photo/Arshad Butt) 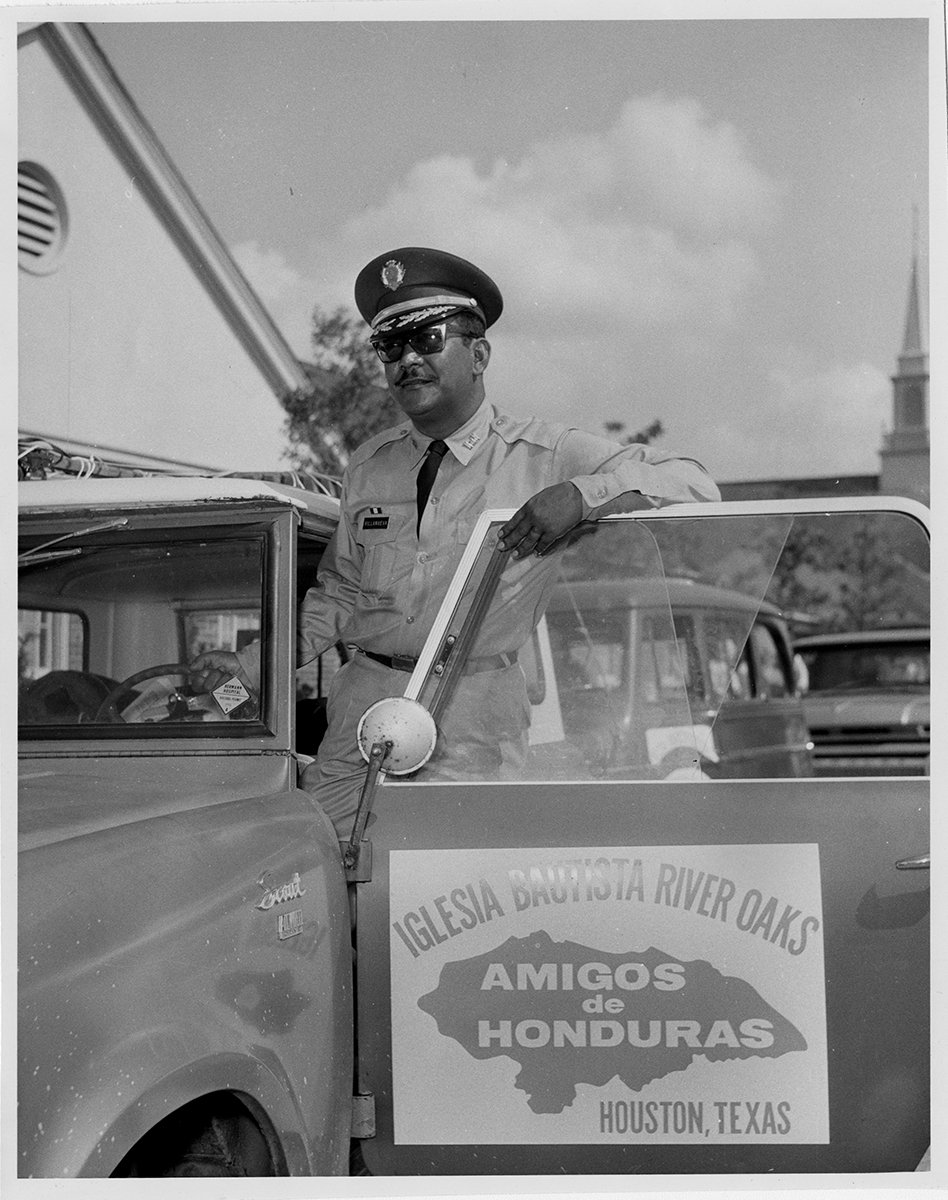 Honduran Army Major Ruben Villanuevam a government liaison officer, prepares to leave Houston, Texas, with some 250 volunteers for a church-sponsored mass vaccination project in Honduras in 1965. Participating in the “Amigos de Honduras” project were physicians and specially trained adults and students who visited designated rural areas in western Honduras to inoculate men, women and children against smallpox, tuberculosis, typhoid, typhus, tetanus and other diseases. The sponsor and originator of the project was River Oaks Baptist church in Houston. The teams of volunteers included Protestant, Catholic and Jewish workers. RNS archive photo. Photo courtesy of the Presbyterian Historical Society