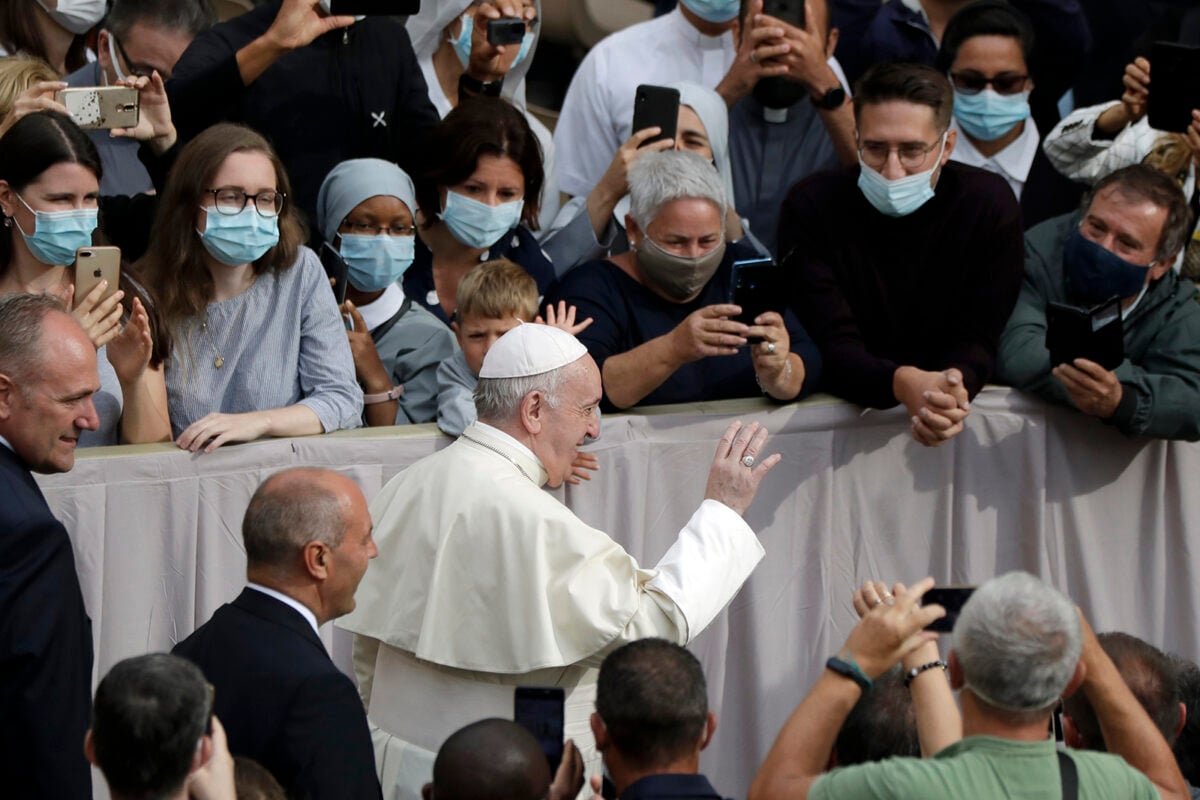 People wear face masks to prevent the spread of COVID-19 while Pope Francis waves as he arrives for his first general audience with faithful since February, when the coronavirus pandemic broke out, in the San Damaso courtyard at the Vatican, on Sept. 2, 2020. (AP Photo/Andrew Medichini)
September 4, 2020
Kit Doyle 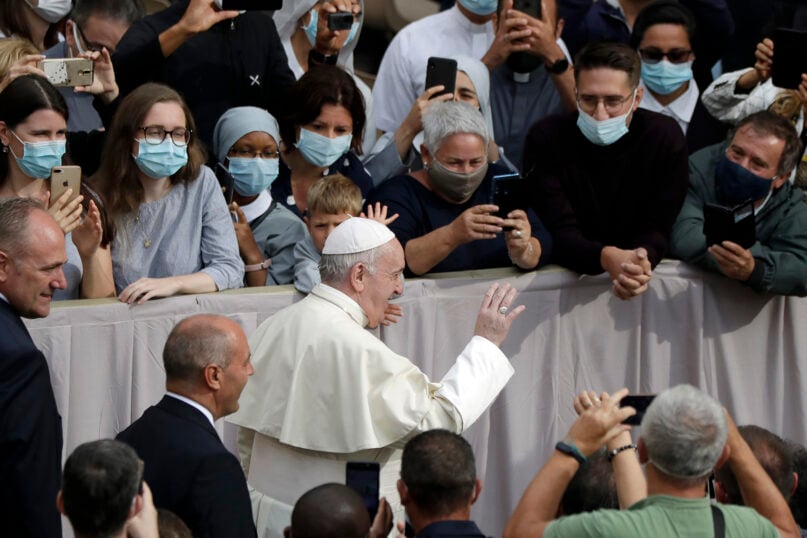 Pope Francis waves as he arrives for his first general audience with faithful since February, when the coronavirus pandemic broke out, in the San Damaso courtyard at the Vatican, Wednesday, Sept. 2, 2020. (AP Photo/Andrew Medichini) Attendees listen to Pope Francis, white figure sitting at center right, during his general audience, the first with faithful since February when the coronavirus outbreak broke out in Italy, at the San Damaso courtyard, at the Vatican, Wednesday, Sept. 2, 2020. (AP Photo/Andrew Medichini) 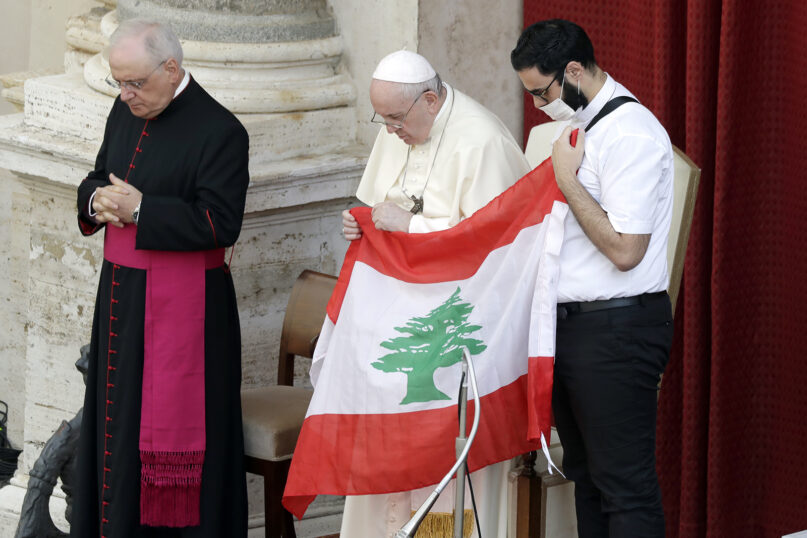 Pope Francis is flanked by the Rev. Georges Breidi, a Lebanese priest, right, as they hold a Lebanese flag in remembrance of last month’s explosion in Beirut, during the pontiff’s general audience, the first with faithful since the coronavirus outbreak began in February, at the San Damaso courtyard at the Vatican on Sept. 2, 2020. (AP Photo/Andrew Medichini) 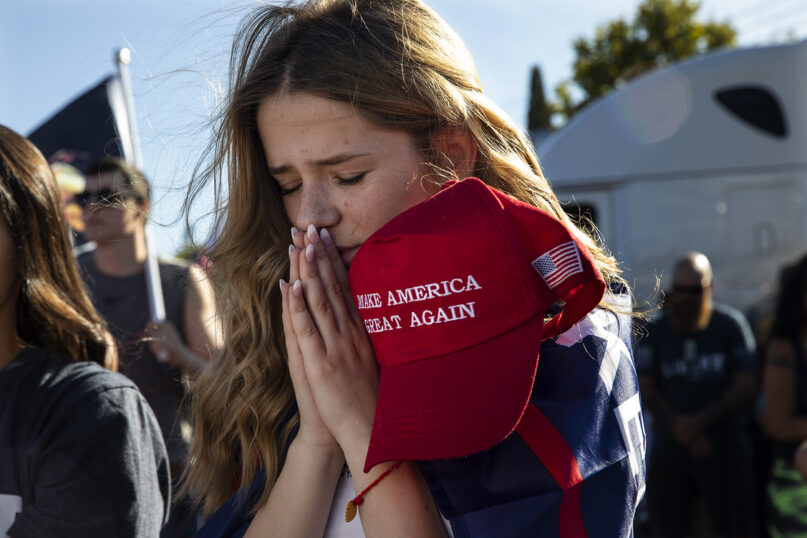 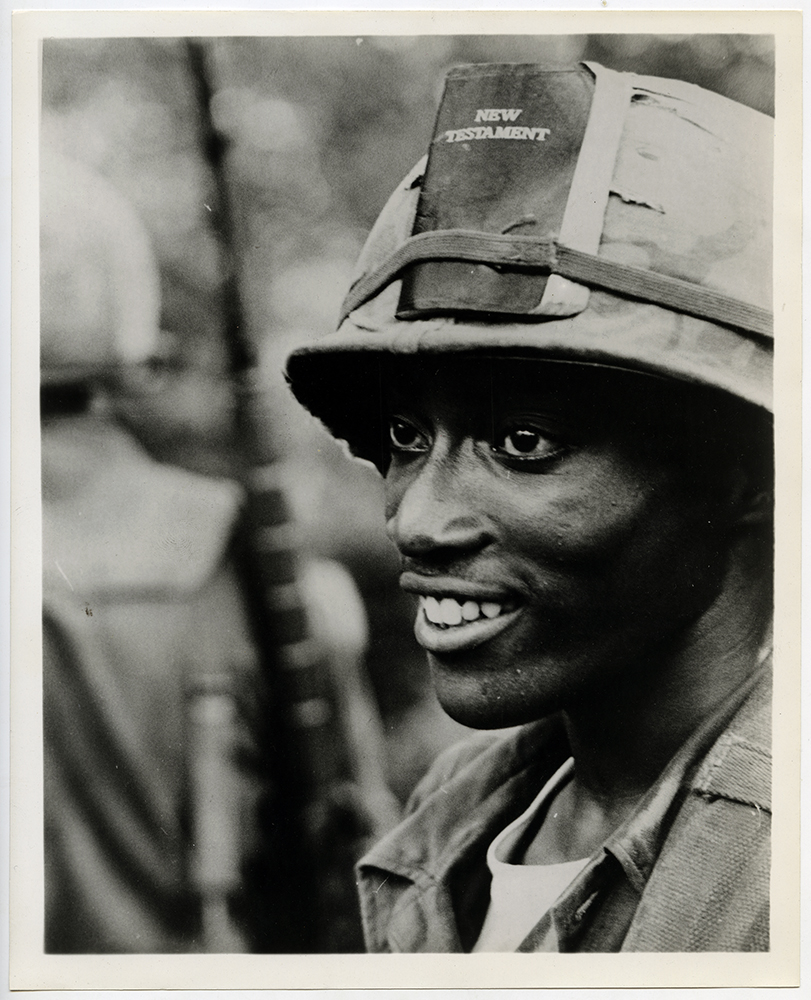 Private First Class A.C. Maynard, of Macon, Georgia, on patrol in 1965 near a rubber plantation about 40 miles north of Saigon, Vietnam, keeps his New Testament dry by strapping it to his helmet with an elastic band. Many GI's used similar "hatbands" to carry personal belongings while on tour in Vietnam, since the extreme heat caused perspiration to drench their uniforms and anything carried in pockets. RNS archive photo. Photo courtesy of the Presbyterian Historical Society Women wearing protective face masks to help prevent spread of the coronavirus mourn during an annual ceremony commemorating Ashura at the Saleh shrine in northern Tehran, Iran, Sunday, Aug. 30, 2020. Ashura is the anniversary of the 7th century death of Imam Hussein, a grandson of Prophet Muhammad, and one of Shiite Islam's most beloved saints, who was killed in a battle in Karbala in present-day Iraq. (AP Photo/Ebrahim Noroozi) 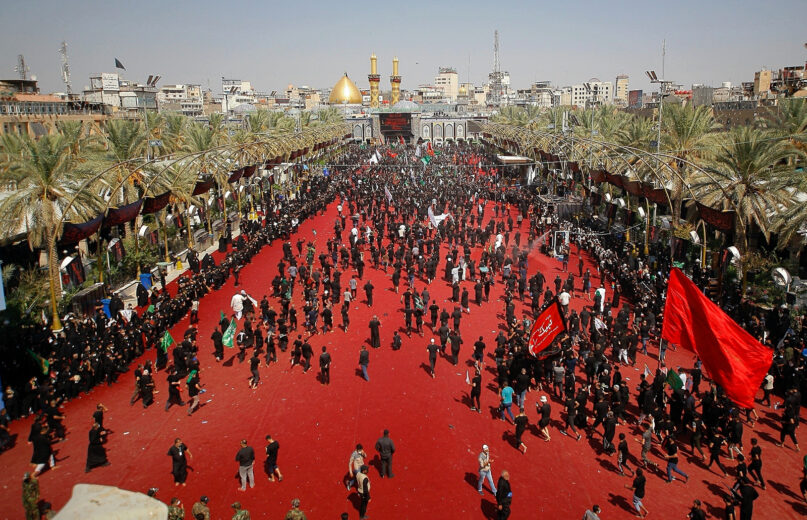 Shiite Muslims re-enact the 7th century battle of Karbala, during Ashura commemorations outside the holy shrine of Imam Hussein in Karbala, Iraq, Sunday, Aug. 30, 2020. Ashura marks the death of Hussein, the grandson of the Prophet Muhammad, at the Battle of Karbala in present-day Iraq. (AP Photo/Anmar Khalil) 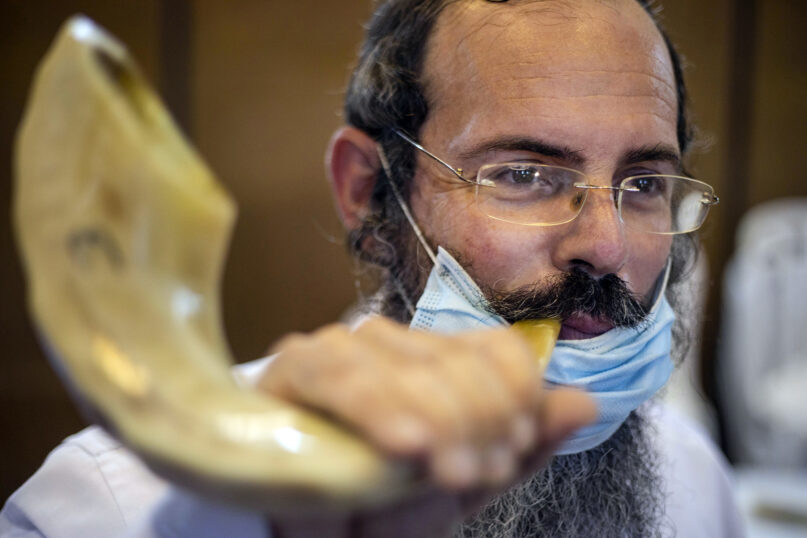 Tzvi Chalamish blows a shofar, a musical instrument made from an animal horn, during a shofar blowing course ahead of the Jewish New Year in Tel Aviv, Israel, Thursday, Sept. 3, 2020. Prompted by the coronavirus outbreak, the Tel Aviv municipality is offering free shofar blowing courses in an attempt to thin out the number of worshippers in one place during the upcoming high Jewish holidays. (AP Photo/Ariel Schalit) 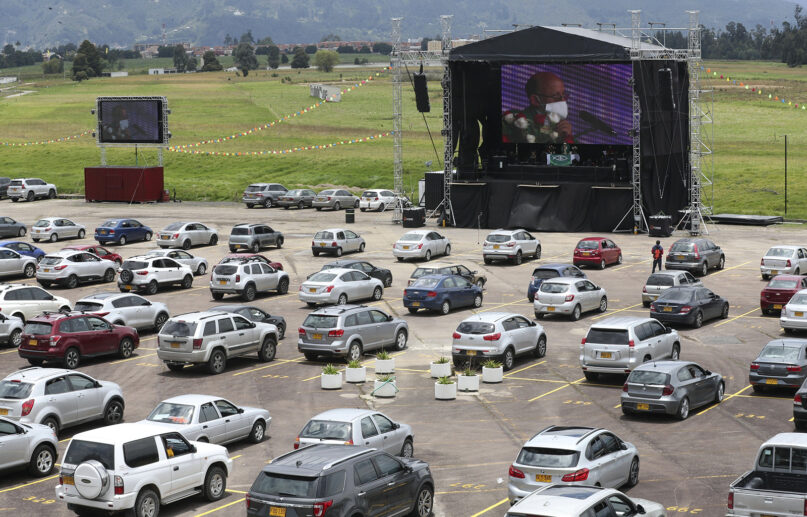 The Rev. Luis Carlos Ayala celebrates Catholic Mass at a drive-in as parishioners stay in their cars in Chia, Colombia, Sunday, Aug. 30, 2020. For the last three weeks, Ayala has been celebrating Mass in the parking lot of the city’s former horse racing track, now a venue that has been mostly used for concerts, movies, theater, and other outdoor presentations, to help curb the spread of the new coronavirus. (AP Photo/Fernando Vergara) The Rev. Luis Carlos Ayala serves Communion to a parishioner during a Mass at a drive-in in Chia, Colombia, Sunday, Aug. 30, 2020. (AP Photo/Fernando Vergara) 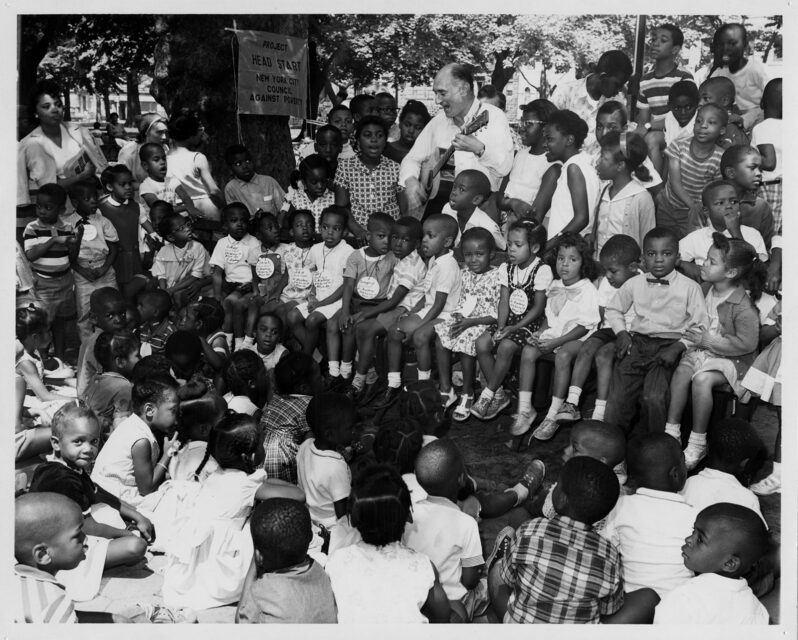 Project Head Start was underway on a musical note in Brooklyn as folk singer Tom Glazer entertained some 400 children enrolled in Head Start centers in 12 public and parochial schools and private agencies in the borough in July 1965. RNS archive photo. Photo courtesy of the Presbyterian Historical Society