LOS ANGELES (RNS) — In California, where students of color make up more than 70% of the public school population, making ethnic studies an integral part of their education is, to many, a no-brainer.

That’s why the state’s instructional policymakers for K-12 are crafting what’s believed to be the nation’s first model ethnic studies curriculum for public schools.

But the curriculum, originally designed to center the experiences of Chicanos and Latino Americans, African Americans, Asian Americans and Native Americans, has become beset with arguments about who else should be represented. Central to these discussions is how to implement a curriculum that remains committed to the discipline of ethnic studies.

“We have been candid with folks that we need to hold some fidelity to these four groups, these four disciplines, that have made ethnic studies,” California State Superintendent of Schools Tony Thurmond told the Sacramento Bee. “But we also tried to create a nod to many other groups that faced oppression of some kind, and also sending a message about interconnectivity among groups. Many share similar immigration stories and stories of dealing with oppression.”

For Nolan L. Cabrera, associate professor of education at the University of Arizona, it’s not surprising to see additional groups seeking to be added into the curriculum, but “self interests,” he fears, “could blow up the core of what makes up ethnic studies.”

“Once somebody gets a seat at the table, everybody wants a seat,” Cabrera said. “That can be very problematic.”

The existence of ethnic studies, Cabrera said, has been a “long protracted struggle” by communities of color making demands for a discipline that would help students think critically about the history and experiences of marginalized people. “It took an amount of sacrifice to make this a reality,” he said.

From this history, he said, ethnic studies should treat racism as a systemic reality, not an individual flaw.

By law, California is required to build a model ethnic studies curriculum by March 31, 2021, to serve as a guide for K-12 schools that choose to offer these kinds of courses. A separate bill that would have mandated an ethnic studies course as a high school requirement was vetoed in September by Gov. Gavin Newsom, who said the curriculum still needed further revision to be sufficiently balanced and inclusive. The author of that bill, Assembly member Jose Medina, D-Riverside, has pledged to reintroduce it. 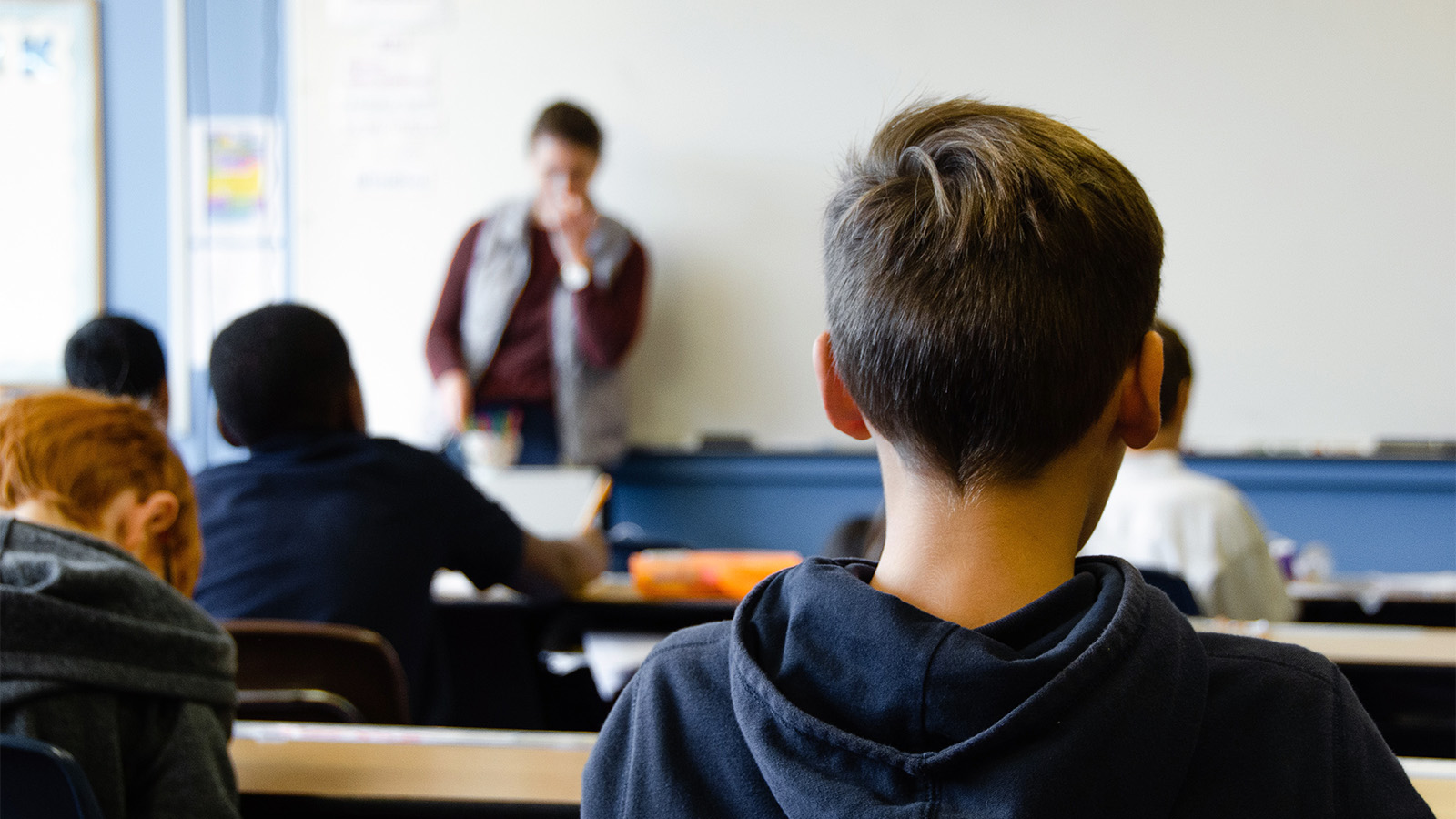 Pointing to recent racial unrest and President Donald Trump’s pushback against anti-racism training, Medina wrote in a Sept. 20 statement: “In order to build racial justice in this state and country, all of our students need to learn the real history of America – and that history includes the diverse experiences and perspectives of people of color.”

Proponents say this model curriculum could serve as an example for the rest of the country.

“If California screws this up, you better believe that it will create a negative example that’s replicated in a lot of different areas,” Cabrera said.

Since introducing the first draft for the curriculum last year, California officials have made a series of revisions after numerous groups lambasted lesson plans as being anti-Semitic and as religious and other ethnic groups have sought to be included. Another revised version of the draft was scheduled to be released Friday (Dec. 4), and the public will have 45 days to review and suggest changes.

This new revision comes after parents, students, Jewish Americans, Arab Americans, Sikh Americans, Armenian Americans and Korean Americans attended a Nov. 18 virtual meeting of the Instructional Quality Commission — which serves as an advisory body to the state Board of Education — and either voiced their concerns with the proposed curriculum or sought to be included in it.

The original draft, crafted by ethnic studies scholars, has been lauded by some for including the Arab American experience under the main Asian American section. Palestinian histories and the impact of Islamophobia were included.

But others criticized the curriculum’s inclusion of the boycott, divestment and sanctions movement — a strategy pressuring Israel into extracting itself from Palestinian lands — which the California Legislative Jewish Caucus said is widely perceived as an “effort to promote discrimination against Jews, Israelis, and/or Israeli-Americans.”

In a latest version, Arab American material has been removed from the main Asian American curriculum and shifted into an appendix of added resources that includes Jewish, Sikh and Armenian American content. Mentions of Palestine were removed.

“This is not even just about Arab American studies anymore,” according to Lara Kiswani, executive director of the Arab Resource and Organizing Center. “Our concern is about the future of ethnic studies in California and the ways in which teachers on the ground will be able to understand these conversations with students in their classrooms, particularly in this political moment.” 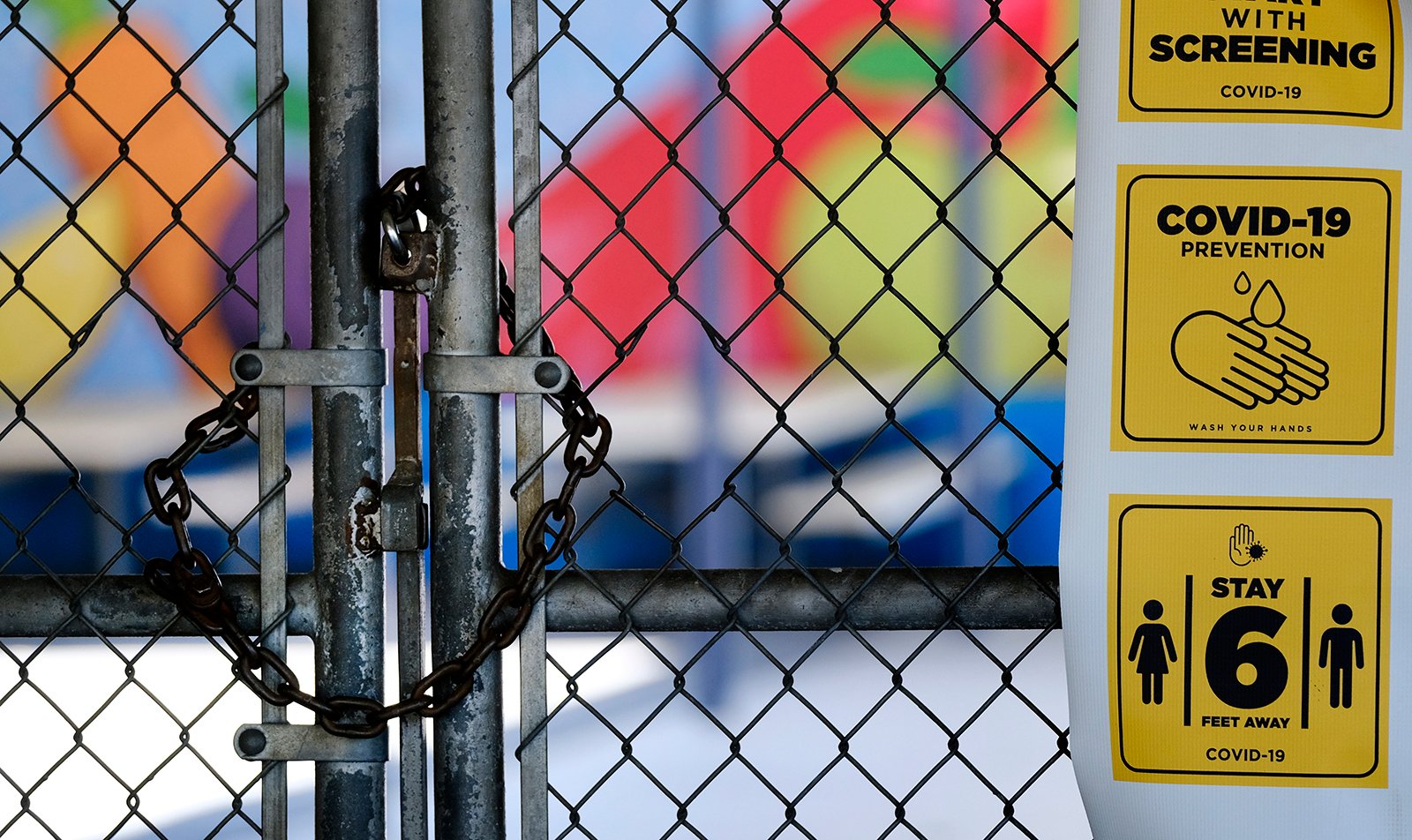 A chain-link fence lock is seen on a gate at a closed Ranchito Elementary School in the San Fernando Valley section of Los Angeles on Monday, July 13, 2020. (AP Photo/Richard Vogel)

The Arab Resource and Organizing Center is part of the Save Arab American Studies coalition that’s urging the California Department of Education to reinsert Arab American studies within the Asian American unit. The coalition is also calling for the original Arab American curriculum to be reinstated.

But for Seth Brysk, a regional director for the Anti-Defamation League, the curriculum should be free from politicization and bias directed at any community. Brysk said criticism of Israel or Zionism can be problematic when it becomes a “proxy for prejudice and discrimination.” These critiques, he said, can be “used as a placeholder for other expressions of anti-Semitism.”

Denying the Jewish people their right to self-determination by claiming that the existence of a state of Israel is a racist endeavor is one example of anti-Semitism, the ADL said.

As the curriculum moves forward, a big point of contention is how anti-Semitism will be defined in the ethnic studies program.

The ADL, which supports ethnic studies, wants the California Department of Education to incorporate the International Holocaust Remembrance Alliance’s definition and examples to help identify acts of anti-Semitism.

Groups have also advocated against extreme anti-Israel content and have asked for safeguards against the teaching of BDS material and any curriculum deemed anti-Semitic.

Ellen Brotsky, a volunteer leader for Jewish Voice for Peace, defines anti-Semitism this way: “Discrimination against, violence against, prejudice against Jews as Jews.”

“That’s what it has been historically,” she said. “It has nothing to do with the state of Israel.” Jewish Voice for Peace supports the BDS movement.

Brotsky said Jewish groups criticizing the curriculum “don’t speak for those of us in the Jewish community who believe that ‘never again’ means ‘never again’ for everyone.”

Meanwhile, Sikhs are also hoping their advocacy and testimonies encourage state education officials to shift Sikh content from the appendix to the main Asian American curriculum.

Behind this effort are the Sikh Coalition and the Jakara Movement groups, who say that with 250,000 Sikhs living in California, it’s imperative Sikh Americans “are included in the curriculum in a meaningful way,” according to a letter from both groups to the California Department of Education.

A number of Sikhs participated during the public comment portion of the Nov. 18 meeting and told the board they lacked representation in school and they never read about Sikhs in history classes.

The groups have also proposed curriculum changes backed by 52 Sikh houses of worship and more than 1,200 petition signers.

As part of these changes, the groups want the curriculum to include more nuance with their identities as opposed to simply being highlighted in the context of Islamophobia after Sept.11. They suggested including stories of how Sikhs have shaped California as well as how they immigrated to the Golden State.

If simply included in an appendix, “such minimal representation would result in further marginalization and misunderstanding of the Sikh community,” the groups said.