(RNS) — A few years after becoming the first female vice president in Tanzanian history, Samia Suluhu Hassan was sworn in Friday (March 19) as the country’s sixth president and the first female leader of East Africa’s largest country after the death of President John Magufuli on Wednesday.

Samia Suluhu Hassan, 61, is the third Muslim to lead Tanzania, is also the second woman to become head of state in East Africa, and the second Muslim woman who wears hijab to become president of a country in which Muslims are a minority.

The first was Halimah Yacob, president of Singapore since September 2017, but under the Singaporean system, the bulk of executive power is invested in the prime minister’s office.

A 2010 Pew Forum report said that 61% of Tanzania is Christian, with 35% Muslim and the remainder members of other faiths, but Tanzanian Muslims claim that demographic shifts in the past decade have made the numbers roughly even.

Magufuli will be remembered for his series of economic reforms while limiting civil rights and for being an avid COVID-19 denier. He curtailed international trips for many officials and himself, never traveling outside of Africa on state visits. He pushed back against a large-scale Chinese investment project. His salary of $4,000 was reportedly the lowest in Africa. 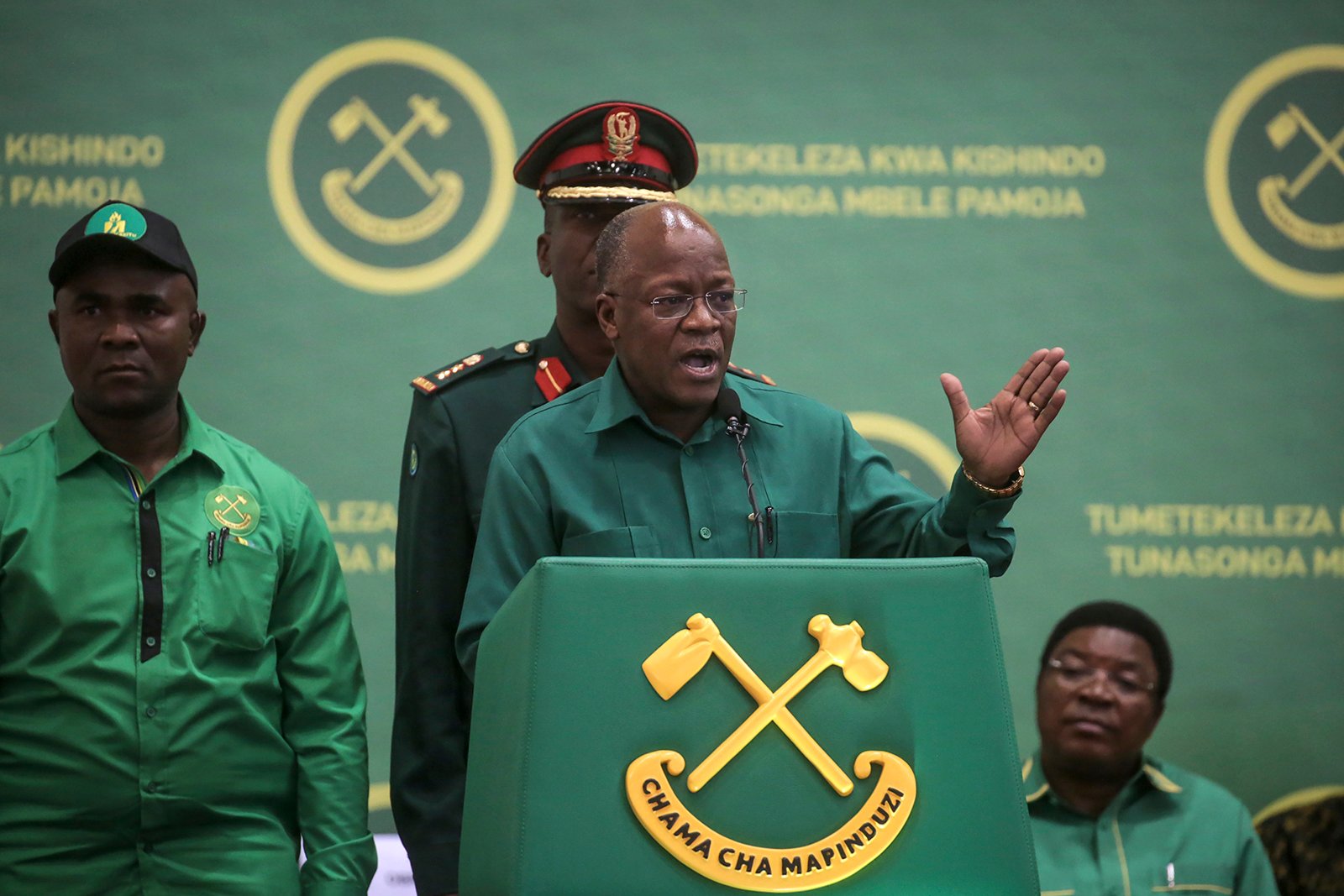 Hassan is a change from the bombastic predecessor. “In terms of personality she is very calm, considers matters thoroughly before making a decision,” said Omar Mjenga, president of the Centre for International Policy in Tanzania. “She is a mother; mothers are leaders. She has already proven herself in her other roles as both a good listener and someone the people listen to.”

Mjenga expects Hassan to appoint a Christian as her vice president in keeping with customary traditions of governance in the country.

In Tanzania, just like other African countries and the world more broadly, “some men have a myth that women are incapable of assuming certain duties like the presidency,” said Abbas Mwalimu, a Tanzanian political analyst. “This is what drives such skepticism among the people. Nevertheless, others believe that President Samia Suluhu Hassan will follow President Magufuli’s footsteps.”

Female politicians have played important roles in Tanzania, including during its struggle for independence after World War II. Hassan began her government career in 2000, when she became minister for labor, gender development and children.

She subsequently served as minister of tourism, trade and investment, and, from 2010 to 2015, she was minister of state for union affairs, a role in which she worked to head off a nascent independence movement in the semi-autonomous state of Zanzibar, her birthplace, in favor of continued union with Tanzania. She was elected Tanzania’s 10th vice president in 2015.

RELATED: Across Africa, hijab in schools divides Christians and Muslims

Dismas Karungu Massawe, director of programs at the Africa Center for Peace and Conflict Research, says he expects her to further cement ties between Tanzania and Zanzibar. “She will foster stronger ties that cement unity further. … her Zanzibari origin will play a critical role in making Zanzibari citizens feel more represented and nurture their loyalty to the Union.”

“We (hope) she will be keen on spearheading the country back toward the democratic path by creating a free and fair democratic space,” said Massawe.

This story has been corrected to reflect that Hassan is the third Muslim leader of Tanzania, not the second.