(RNS) — The most famous person currently on federal death row is in the news again. Last week, lawyers for Dylann Roof, a white supremacist who murdered my mother, two cousins and six others in the Mother Emanuel AME Church in Charleston, South Carolina, because they were Black, argued the first appeal of his conviction and death sentence.

Six years after the shooting we’re talking again about a racist mass killer, hearing his name over and over. Here are the names we should be remembering: the Rev. Sharonda Coleman-Singleton, Depayne Middleton Doctor, Cynthia Hurd, Susie Jackson, Ethel Lance (my mother), the Rev. Clementa Pinckney, Tywanza Sanders, the Rev. Daniel Simmons and Myra Thompson.

I have no complaint that our legal system requires that every death sentence be extensively reviewed, even when there is no question about the killer’s guilt. Appeals are vitally important because we must make sure that we get it right. God only knows how many times we’ve gotten it wrong, not only about actual guilt, but about culpability. Mental health is a valid concern, and I know that the man who killed my mother is not of a sound mind.

But for a few days now I have been returned to a space of heavy lament. I didn’t understand at first exactly why I was feeling so awful, but for survivors, appeals turn out to be the worst torture imaginable. Every time this case is in the news, I am brought right back to that terrible day and the searing pain of the weeks, months and years that have followed. It is awful.

Despite this pain and the damage done to my family, and possibly because of it, I reject the death penalty. I am aware that racism and other unfairnesses taint the criminal legal system in the United States; there are many other reasons to oppose capital punishment. But I know I am called to this work of ending it because these years of appeals can only be shortened if we abolish the death penalty altogether. 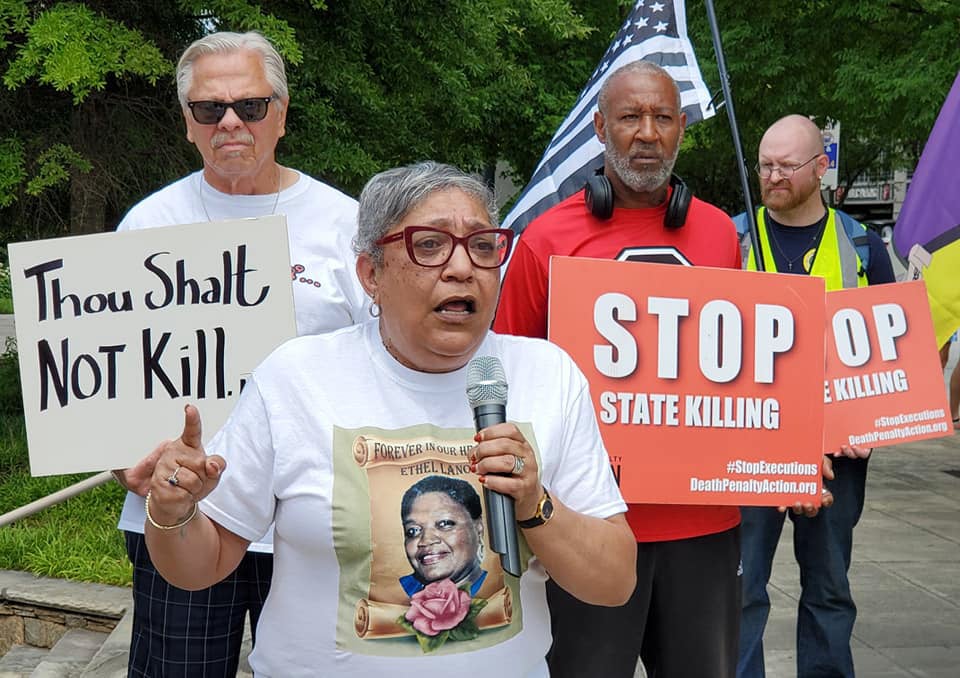 Without a death sentence, as I understand, there is just one appeal, after which we never have to hear the killer’s name again. With a death sentence, it is as if the victim’s family is on death row too. We do not deserve to live in limbo, waiting decades instead of just a year or two for finality in the criminal proceedings for the person who killed our loved ones.

Whatever happens legally, I know that this killer will never be free. For me that is enough. As a Christian, I also know what my faith teaches and I am grateful for the strength I get from Jesus. After wrestling with it for several years, I forgave him. In doing so I was able to release myself from the outrage and hatred that was consuming me with a desire for revenge.

Now I wish our government would also give up on revenge. We’re only on the first round of appeals. How much longer will this go on?

I want his death sentence to be overturned, not for him, but for me. We can be safe from people who hurt and kill others without executions. I know not all will agree with me, but from my perspective, ending the death penalty is the best thing we can do to help murder victim families heal.

(The Rev. Sharon Risher lives in Charlotte, North Carolina, and is a leading spokesperson with Death Penalty Action, which is working to pass HR262/SB582, the Federal Death Penalty Prohibition Act of 2021. The views expressed in this commentary do not necessarily reflect those of Religion News Service.)