(RNS) — A pastor in Evanston, Illinois, the first U.S. city to adopt a municipal initiative on reparations, told a gathering of faith leaders on Thursday (July 22) that they can play a key role in moving a community toward action on the long-debated issue, even if it takes a while.

The Rev. Michael C.R. Nabors, a Baptist pastor in Evanston and the president of Evanston’s NAACP chapter, said it took more than two decades for his city to provide reparations.

“Faith leaders have been involved from the beginning,” he told Religion News Service after addressing a webinar hosted by Religions for Peace USA on “Reparations: A Moral and Spiritual Responsibility.”

The webinar, which was attended by about 100 representatives of faiths including Christianity, Buddhism, Sikhism and Zoroastrianism, followed a news conference on Capitol Hill last week where religious leaders from a range of faiths urged congressional passage of H.R. 40, a bill that would create a commission to study reparations for African Americans for inequities dating to the time of slavery.

The Washington event included Bishop Eugene Sutton, whose Episcopal Diocese of Maryland approved a $1 million “seed fund for reparations” in September, and leaders of the Religious Action Center of Reform Judaism, the Washington Interfaith Staff Community and the Samuel DeWitt Proctor Conference.

In March, the Evanston City Council approved reparations that initially will provide mortgage and other housing assistance to local Black residents to make amends for racially discriminatory housing practices.

Nabors said the council’s equity subcommittee was led by a pastor; a town hall meeting featuring actor Danny Glover, a reparations advocate, was held at a church; and an interfaith clergy group wrote letters supporting the initiative.

“I believe that it is a matter of justice, it’s a matter of equality, it’s a matter of doing the right thing,” Nabors told the webinar audience. “And reparations, it seems to me, lies at the core of every single major faith in the world. It is all about how can we repair the damage to those among us who have been hurt because of past practices, generally because of discrimination.” 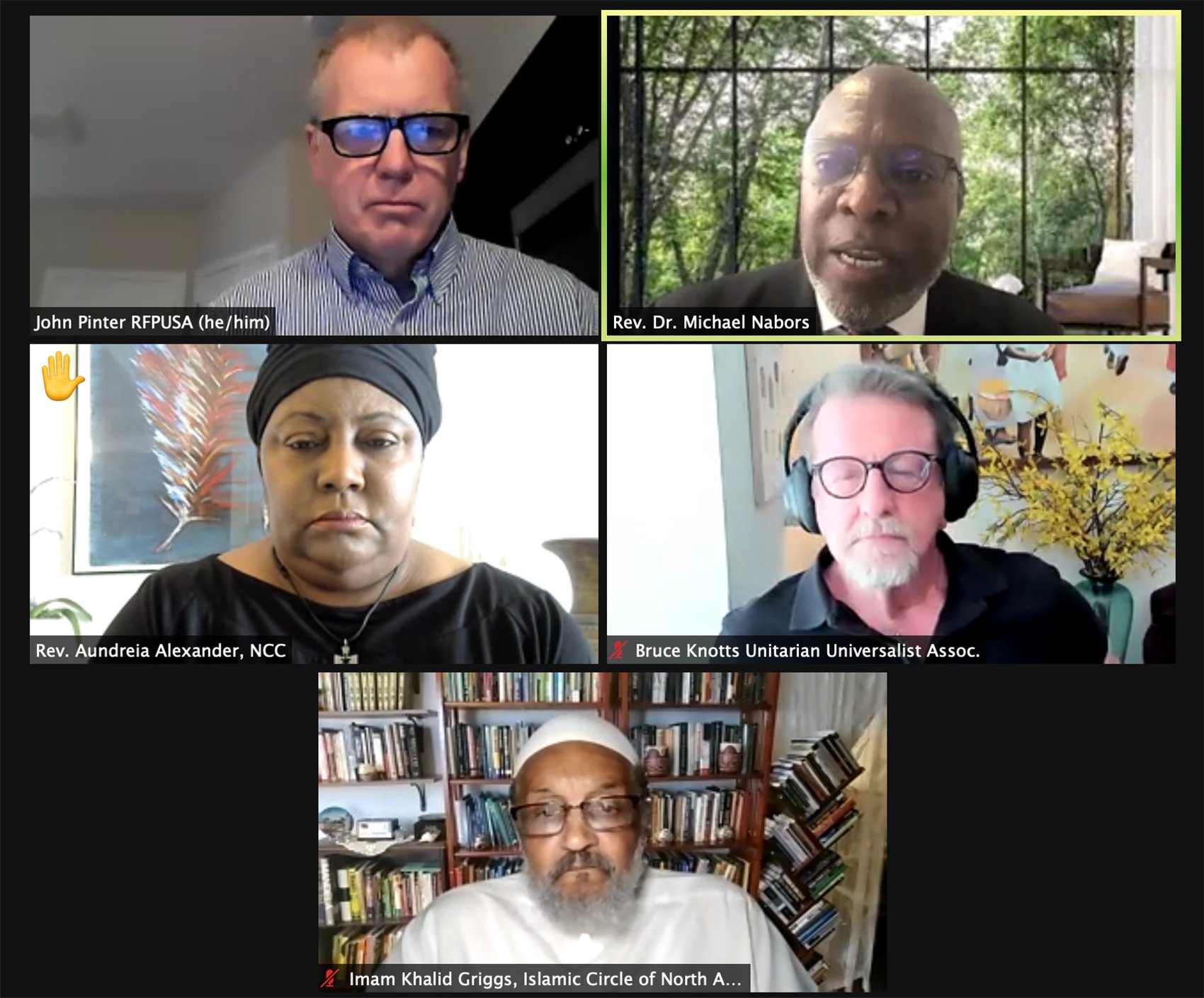 Evanston’s reparations money will come from a 3% tax on gross sales of cannabis.

“I thought it was an ingenious idea, because so many African Americans have been incarcerated because of cannabis and marijuana,” Nabors told the webinar audience. “We’re talking about a $10 million reparations program for 10 years.”

Four percent of the $10 million will be used for grants for housing assistance to make amends for housing discrimination faced by people of color between 1919 and 1969. Successful applicants can use $25,000 grants to pay for mortgage down payments, lower their mortgages or renovate their homes, he said.

Nabors said the allocation of the remaining 96% of the funds has yet to be determined.

He said he believes his city will be a model and pointed to others that have more recently made similar moves, such as Asheville, North Carolina, where the City Council approved $2.1 million for an initiative in early June.

The pastor said the Evanston measure gained momentum in part through community education about the issue with the assistance of houses of worship, the NAACP and Black sororities and fraternities.

The webinar showed the range of approaches faith leaders are taking to support reparations and other measures they hope will counter racism and white supremacy.

The Rev. Aundreia Alexander, associate general secretary of the National Council of Churches, said her organization has developed a list of resources to support H.R. 40, including scholarly articles, Bible verses about justice and “counterarguments to the objections.”

Imam Khalid Griggs, director of the Council for Social Justice of the Islamic Circle of North America, expressed support for reparations for Native American populations as well as people of African descent. “It is past time for us to deny acknowledging what is owed to those whose backs and whose property, the accumulated wealth of this nation, was built upon,” he said.

Interfaith networks have a long and successful history of supporting civil rights legislation, overcoming denominational isolation by converging interests in times of strife. Nabors reminded the group that faith leaders have built support for reparations through bonds they’ve previously made while coming together for vigils and rallies at times of national crisis, such as the mass killings at Mother Emanuel African Methodist Episcopal Church in South Carolina and the Pulse gay nightclub in Florida.

But the National Council of Churches’ Alexander said that the collective sense of purpose on reparations is still evolving. “What’s happening right now is that we are so accustomed to where we are and how we have been, it’s difficult to even imagine what our world would be like if we actually did not feel like someone had to be higher or lower or better than or less than,” said Alexander. “What would the world be if we actually saw each other as fully human and made in the image of God?” 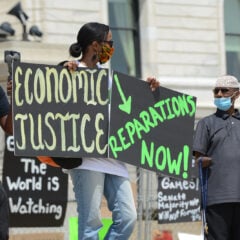 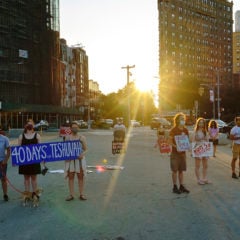