(RNS) — As a Hindu American educator and a mother, I know well the misperceptions and misrepresentations Hindus encounter about their faith every day in American society. Oftentimes they are caused by an innocent lack of exposure. In my experience, most people are open to learning.

At the same time, a more hurtful, and real, Hinduphobia is a part of our historical and contemporary landscape. In April 2021, my friend and colleague Parth Parihar and I worked with Hindu Students Council to host the first-ever Understanding Hinduphobia conference at Rutgers University. There, with the help of other scholars, we developed a working definition of Hinduphobia, which was adopted by the Rutgers University Student Union.

It is important to clearly define a phenomenon in order to navigate and study it with transparency, evidence and rigor.

This experience, and this principle, motivates my deep concern about the explicit and growing Hinduphobia in higher education. One group in particular, the South Asian Scholar Activist Collective, which includes scholars of Hinduism and South Asian studies, has been promoting the idea that Hinduphobia is not real and that Hindus have never been persecuted.

What follows from this belief, in their imagining, is that any Hindu who uses the term Hinduphobia is a political extremist who is co-opting progressive language to camouflage the violence of “Hindu nationalism.”

The spirit of the South Asian Scholar Activist Collective — and, indeed, several of its members — is the force behind “Dismantling Global Hindutva,” a conference held online beginning Friday (Sept. 10) and bringing together scholars, activists and journalists from around the globe to address “the threat and power of Hindutva.” Announced as the Taliban swept to power last month, the conference coincides with Ganesha Chaturthi, the 128th anniversary of Swami Vivekananda’s historic speech at the World’s Parliament of Religions, and the 20th anniversary of 9/11.

In the run up to the conference, its organizers have equated the gruesome regime of the Taliban with “Hindu nationalism,” apparently hoping to channel public anger about the Taliban toward Hindus and India. False equivalents such as these sit at the heart of their messaging. In social media posts, conference participants and their supporters talk of a “global supremacist movement” and “Hindutva crosshairs,” barely short of saying “Hindu terrorists.”

This is a dangerous trajectory. We’ve seen this happen before to minority communities in the United States, especially those who are conditionally American and suffer perpetual foreigner status.

Hindu Americans have reached out to inquire about the nature of the universities’ sponsorship and express concern about the impact of the conference on the safety of Hindu students. After we did so, extreme language, cherry-picked from the internet, was held up as representative of our “violent” attack on “academic freedom.” While repeatedly asserting themselves as brave gatekeepers safeguarding our public institutions from Hindu Americans, the conference’s organizers are teaching everyone to systematically discriminate against us.

On top of this, for decades, this cadre of scholars and activists has been attacking Hindu American cultural organizations outside the institutions they control. These are the places where we teach our children about our religious traditions and culture, such as Hindu Students Council, a safe space for students who are a micro-minority on campus to learn about and celebrate their heritage. They label the handing down of our traditions a “radicalizing curriculum” in the service of “Hindu supremacy.”

These powerful actors are trying to choke Hindu voices and traditions, to distill it into something they find acceptable, while claiming that it is they who are the vulnerable targets of our allegedly political extremist machinations. They use their positions of power within publicly funded institutions to declare repeatedly that they are the experts on our religion to continue hoarding the authority to which they feel they are entitled.

Clearly, much work lies ahead of the Understanding Hinduphobia Initiative, work tied inextricably to safeguarding the First Amendment. Today, we formally released our call for papers, adding a scholarly component to the existing community conference. The theme of UH 2022 is “Documenting and Documented Hinduphobia.” We invite everyone into the conversation.

(Indu Viswanathan is the co-director of the Understanding Hinduphobia Initiative. The views expressed in this commentary do not necessarily reflect those of Religion News Service.) 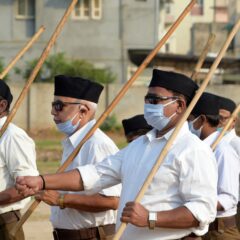 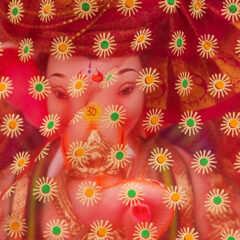 Opinion
Practicing Hinduphobia in the guise of academic freedom