(RNS) — On any given Sunday, many Christians the world over hear the same Scripture readings in church, which their pastor, priest, deacon or guest homilist then interprets or expounds upon. In the United States, 60% of those in the pews hear selections from a common cycle of readings, known as a lectionary.

These shared Scripture passages can be useful, allowing clergy to share resources about the texts or simply commiserate about awkward lessons or weeks of biblical bread metaphors. But for many preachers, especially women, the traditional readings are too narrow, and represent lost opportunities to broach new topics using rarely heard passages of the Bible.

Which is why two preachers have published new lectionaries over the past month centering the stories of women and feminine imagery for God.

“A Women’s Lectionary for the Whole Church” by the Rev. Wilda Gafney, a Hebrew scholar and Episcopal priest who teaches at Brite Divinity School in Fort Worth, Texas, begins with the question: “What does it look like to tell the Good News through the stories of women who are often on the margins of scripture and often set up to represent bad news?” 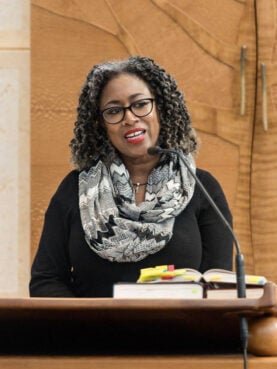 Gafney began working on “A Women’s Lectionary for the Whole Church” in 2018, collaborating with clergy and other Christians from across the country and the globe to produce four readings for each Sunday and holiday — usually from the Hebrew Bible, Psalms, New Testament and Gospels — using what she calls “gender-expansive language.” It also includes brief commentaries on each set of readings.

Like the Revised Common Lectionary and other traditional lectionaries used by many Christian denominations, Gafney’s lectionary includes a three-year cycle of Scripture readings, divided into Years A, B and C. Year A, as well as a stand-alone single-year lectionary — Year W — were released in early August by Church Publishing, the official publisher of the Episcopal Church. The other two volumes are expected in 2024.

Gafney, who previously authored the popular book “Womanist Midrash: A Reintroduction to the Women of the Torah and the Throne,” said friends and colleagues encouraged her to develop a female-focused lectionary after she posted on Facebook about a “set of particularly poor readings” she had been asked to preach on. 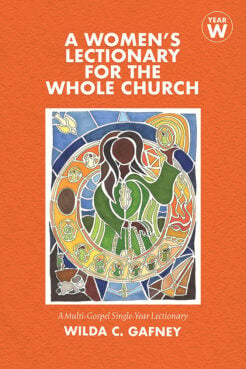 “A Women’s Lectionary for the Whole Church” by Wilda C. Gafney. Courtesy image

But her larger concern was that churchgoers were hearing only part of the Bible, framed in particular — and oftentimes patriarchal — ways. The complex stories of women and the questions they raise are underrepresented in the readings selected for each week in existing lectionaries and rarely preached upon, according to the author.

“This is a course in biblical literacy,” she said.

In Gafney’s lectionary, passages about biblical king David’s misconduct are paired with New Testament readings such as Jesus’ words from the Gospel of Matthew, “As much as you all did for one of the least of these my kindred, you all did it to me.”

The stories of women in Scripture appear alongside Psalms — each using feminine pronouns for God — that express sentiments the women in those readings might have felt.

“The reality is there are so many women characters and girl characters that people simply do not know that we could have formative conversations around women and their interactions with God and each other,” she said.

It is not only the human characters who bring feminine viewpoints to Scripture, according to Ashley Wilcox, a Quaker minister, whose “The Women’s Lectionary: Preaching the Women of the Bible Throughout the Year” was also published this year. She points to feminine depictions of God in the Bible as a hen gathering her chicks under her wings or an angry mother bear. 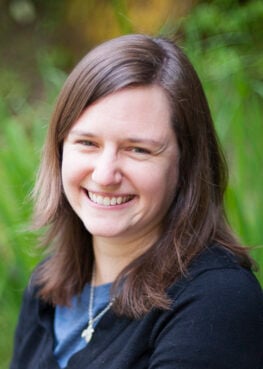 A lectionary is an unusual undertaking for a Quaker, Wilcox admits, when traditional worship in the Religious Society of Friends eschews lectionaries and holiday celebrations.

But, she said, “I wanted to just tell as many of these stories about women as I could. It’s not every story about women in the Bible — there are more — but there’s a lot of them, and a lot that we don’t hear very often in church.”

Wilcox’s one-year lectionary was drawn from Scripture readings — one from the Hebrew Bible and one from the New Testament — that she used each Sunday and holiday of 2018 at the Atlanta church she co-founded, Church of Mary Magdalene, which has since closed.

A brief commentary based on her own sermons is included for each set of Scripture references, which overlap frequently with the Revised Common Lectionary, as Wilcox wanted its users to be able to access the community and resources already available around them. The book also outlines sermon series on topics such as “God as Mother” and “Women in the Early Church.” 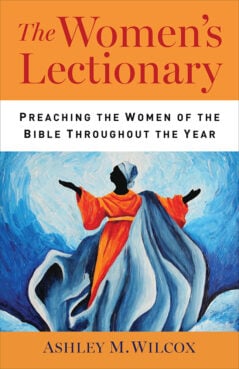 “The Women’s Lectionary: Preaching the Women of the Bible Throughout the Year” by Ashley Wilcox. Courtesy image

As part of the queer community, Wilcox hopes the diversity of stories and feminine images in “The Women’s Lectionary” will illustrate the complexity of femininity and womanhood.

She also hopes that the lectionary will give Christians fresh metaphors for a deeper understanding of God and that some of the most troubling passages will encourage preachers to speak out about violence against women.

And there’s room on bookshelves for more, according to Wilcox.

“I think there should be a whole shelf of these,” she said.

“We need so many resources like this, and so I hope that this will encourage other people to develop their own resources around women in the Bible and preaching.”