(RNS) — When the clergy and seminarians of the St. Andrew’s Seminary in Aguacate, Guatemala, roll into town they have their work cut out for them.

“On day one, we did the liturgy, 10 baptisms, and seven chrismations,” explained the Fr. Thomas Manuel, an Orthodox Christian priest. “Then the next day, we did another visit, we had nine confessions, the Divine Liturgy, four chrismations, three weddings and a baptism.”

The men’s workload is their own doing. Established only a decade ago in a country traditionally dominantly Roman Catholic, Guatemala’s Orthodox Christian community is so successful that its few clergy are in a constant state of being overwhelmed.

Guatemala’s border with Mexico is a region of volcanic mountains and fertile farmland. For centuries, this area has been largely occupied by the Indigenous Maya people, whose great pre-Columbian Mesoamerican civilization once spanned from Mexico’s Yucatan Peninsula to El Salvador’s Pacific coast.

Like the rest of Latin America, since the arrival of the Spanish, for centuries religious expression in the region had mostly been dominated by the Roman Catholic Church.

That’s changing fast. Guatemala has been in a state of religious flux since in the mid-1990s and the end of the country’s decadeslong civil war. 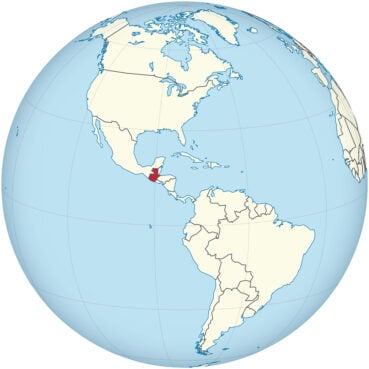 While in 1970 Guatemala was more than 90% Catholic, today less than 45% of Guatemalans identify that way. Another 42% identify as Protestants, according to a 2019 report by the U.S. State Department.

One aspect of the country’s changing religious landscape is the conversion of Indigenous people in the north of the country to the Orthodox Church in 2010, the work of a charismatic former Catholic priest and one-time parliamentarian, Fr. Andres Giron.

Long before he left the Catholic faith, Giron became a pariah to many in Guatemala’s establishment for his impassioned support of land reform.

As a priest, Giron associated himself with the most impoverished and dejected portions of Guatemalan society: Indigenous communities that had barely survived an attempted genocide by the Guatemalan army in the early 1980s. According to a 1988 profile in The New York Times, Giron earned himself the nickname “Father revolutionary” by both his supporters and opponents.

Though not Indigenous himself, five of Giron’s own family members were slain amidst the violence of the civil war, and in a country where land is jealously held by a tiny but powerful elite, advocating for land reform put a target on Giron’s head, forcing him, at times, to carry a weapon for his own protection or hire armed guards as he traveled from village to village.

It was in those villages that Giron became disillusioned with the Catholic Church.

“They never had a favored status within the scheme of things” explained Fr. John Chakos, who knew Giron well. “but Father Andres began to speak on their behalf.”

Many Indigenous people flocked to Giron’s worship services. “He was their hero, their Moses,” Chakos explained. “One community after another joined his church.”

He was soon expelled from the Catholic Church for his efforts, dampening his movement. After a series of assassination attempts, he went into exile in Mexico. 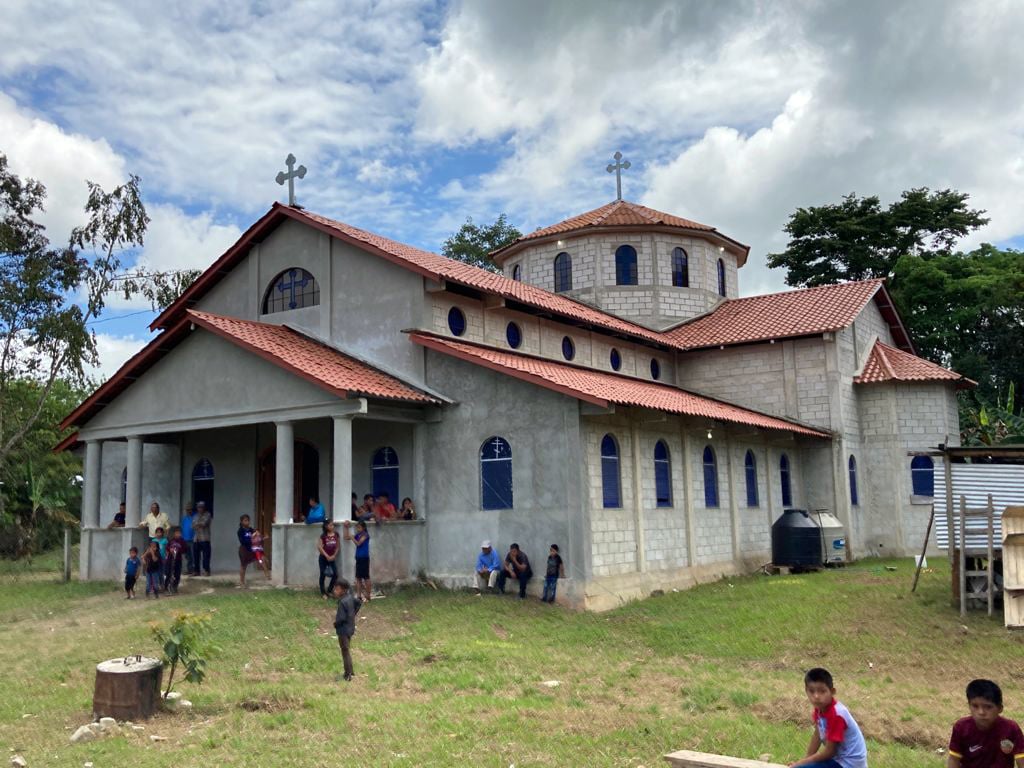 The Maya were also disenchanted with Catholicism. Largely ignored by the official leadership, they had also had enough of the liberation theology espoused by dissident Catholic priests, which helped to inspire anti-government rebels.

“The people were not happy with the political focus of the Catholic Church,” Chakos said.

Some opted out of religion entirely. About 11% of Guatemalans identify as nonreligious today. Others were attracted to Pentecostal and other evangelical sects, but their appeal was limited, as the leaders of these groups were aligned with U.S.-backed government troops. Yet others adopted pre-Christian Indigenous traditions.

In short, they were hungry for a new direction when Giron came to lead them to Orthodoxy.

Giron had spent much of his exile in Rome, where he had discovered the Greek Orthodox Church. Upon his return, he introduced his former flock to so-called “Non-canonical’’ movements that are Orthodox-adjacent.

At the same time he reached out to Chakos, who spent more than 30 years as an Orthodox priest in the U.S., to discuss the possibility of bringing his community into the Orthodox mainstream.

By 2010, Giron completed his conversion to Orthodox Christianity and was followed by masses of his followers. He passed away in 2014, but others have continued his work. The Orthodox Christian community holds a traditional funerary procession for Jesus on Good Friday, after commemorating his crucifixion that morning, in Aguacate, Guatemala. Photo by Fr. Evangelios Pata and Fr. Thomas Manuel

Estimates of how many converts there are vary widely. Claims that the community numbers more than 100,000 seem exaggerated: The last time the Eastern Orthodox Church saw a mass conversion on such a scale, it was the pagan Slavs of Kievan Rus, a precursor to the Russian Empire in the 9th century. Manuel is far more conservative, putting the total between 10,000 to 15,000 at most.

What’s inarguable is that in the last decade, Orthodox Christian communities have popped up in some 120 villages across northern Guatemala and southern Mexico. The largest is in Aguacate, where the seminary is located, with about 1,000 members. Most churches draw closer to 100.

“It’s still a pretty staggering number of people,” said Manuel, a U.S.-trained missionary who relocated to Guatemala with his family to help build the community into a self-sufficient parish of the Ecumenical Patriarchate of Constantinople. Even if you put it at 8,000, or 10,000, you know, that’s still a huge population of people that go from one tradition to another overnight.” 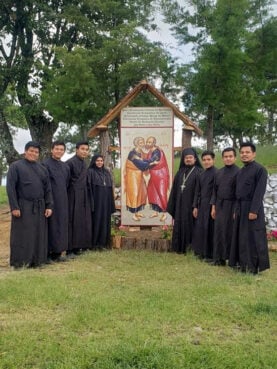 Clergy and seminarians of the St. Andrew’s Seminary in Aguacate, Guatemala. Photo by Fr. Evangelios Pata and Fr. Thomas Manuel

There are only five native priests to serve the community, including their vicar, Fr. Evangelios Pata, but Manuel is hard at work training more.

Right now, there are 10 students in the St. Andrew’s Seminary — named for Andres Giron. The usual Orthodox curriculum has been adapted for Guatemalan circumstances. Unlike in the U.S. where seminarians must have already completed a college degree, at St. Andrew’s, they only require a high school diploma, a more common terminal degree in Guatemala.

Another requirement is that they speak Spanish: For most of the Indigenous Orthodox faithful in Guatemala, Spanish is a second language. But it is a necessary lingua franca, as in their home villages, some 22 different languages are spoken.

Manuel’s students have also had a more hands-on training than most Orthodox priests receive.

“I think of them as super-seminarians, because they do everything from study to building construction,” he said.

In addition to building churches and community centers, the priests have also helped to set up a much-needed medical clinic at the cathedral in Aguacate.

RELATED: Catholic groups from Mexico, Central America and US ask bishops for support in helping migrants

“This medical outreach is quite extensive,” Chakos explained. “We bring doctors in from the United States, and they come in to offer medical services, because people in these villages that we serve have relatively little access to medical care professionals.”

Manuel dreams of what could be done with more help. “I would like to see it so that this first batch of 10 seminarians multiplies to 50,” Manuel said. He also hopes the community will be able to set up more educational institutions and medical clinics as they spread.

But most of all, he believes his job is to help them become self-sufficient communities who can chart their own spiritual path within the Orthodox Church without outside help.

Though Manuel has come from a foreign land to build churches, “the real missionaries,” he said, “are the five Indigenous priests, the seminarians and all the people for whom this is their country, this is their home.”