(RNS) — After a contentious five-hour meeting on Tuesday (Sept. 28), the Southern Baptist Convention’s Executive Committee called for a further week of deliberations with a special task force on sexual abuse after failing to agree on the ground rules for a third-party review commissioned to study the denomination’s handling of abuse claims.

The call came as the two sides, meeting via Zoom, hit an impasse, unable to agree on the terms of a contract with the investigative firm Guidepost Solutions.

Earlier in the meeting, much of which was held behind closed doors in executive session, a motion to waive attorney-client privilege was defeated, 39-35.

It was not immediately clear if the task force would agree to the seven-day extension of deliberations. The task force chairman, Bruce Frank, a North Carolina pastor, said he would issue a statement on Wednesday (Sept. 29).

At the denomination’s annual meeting in June, Southern Baptist delegates, called messengers, rejected a plan by the Executive Committee to investigate its own handling of sexual abuse and instead put it in the hands of the abuse task force, which was appointed shortly after the meeting. The task force was charged with hiring an independent third party to investigate the Executive Committee and deliver the results to the 2022 SBC Annual Meeting.

“We further move that the task force agree to the accepted best-standards and practices as recommended by the commissioned third-party, including but not limited to the Executive Committee staff and members waiving attorney client privilege in order to ensure full access to information and accuracy in the review,” the motion, which passed unanimously, said.

In doing so, the delegates sent a clear message: Tell us the truth about how you’ve handled allegations of sexual abuse and how you have treated survivors of sexual abuse.

Baptist governance requires the Executive Committee to follow the will of its messengers.

Tennessee pastor Grant Gaines, who called for the independent investigation and defied the annual meeting’s chairman to get the motion approved, said that waiving privilege was a crucial part of his motion.

The intent was to give the third-party investigator “access to anything they need to do a thorough investigation,” Gaines told Religion News Service in an email.

The Executive Committee agreed in principle to spend $1.6 million to fund the outside review. 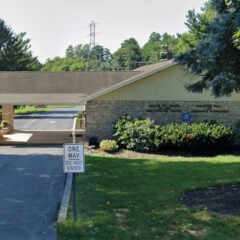