(RNS) — “Hello, hello, hellllooooooooooo,” says Christi at the beginning of her YouTube video, her voice a hush of excitement. Her microphone picks up the tap of her long manicured nails against each other. “Today I am planning to whisper a prayer of repentance.”

But as Christi recites the prayer softly in front of a purple-tinted galactic space, the real point of the 20-minute video comes through in her floating hand movements and especially the soft tapping, designed to produce a meditative calm — akin to the soothing feeling you may get from someone whispering in your ear or running a comb through your hair — known as an autonomous sensory meridian response, or ASMR.

The ASMR phenomenon began on an online forum in 2007. It has since exploded on YouTube, TikTok and other social media platforms and spawned subcultures of fast ASMR, roleplay ASMR, eating ASMR. Some of the most popular “ASMRtists” have over 9 million followers and amass over 40 million views per video.

The Christian ASMR community is small, but dedicated to bringing their viewers closer to God through relaxation and “brain massage.” Christi, who has run her channel Christi ASMR for two years, has more than 19,000 followers and a total of 1 million views. (She does not share her last name online for privacy reasons.)

Similar channels, Christian Whispers, run by Jessica Justice, and The Healing Word ASMR, run by Dee, who also does not share her last name, have not been around as long as Christi’s, but have already garnered thousands of followers and views each.

Don’t expect fire and brimstone from these Christian ASMR gurus.

The core of any ASMR practice is receiving “positive, personal attention from a kind or caring person,” said Craig Richard, a professor of biopharmaceutical sciences at Shenandoah University and founder of ASMR University, who hosts the podcast Sleep Whispers.

“I enjoy listening to Christian ASMR Bible verses over relaxing nature sceneries,” said Dee. “This helps me to truly meditate upon God’s Word while looking at God’s creation — this is a moving spiritual experience for me.” Sensations that come from ASMR can be categorized into physical and psychological experiences. Physical sensations can be light and pleasurable “brain tingles,” fuzziness and waves of relaxation that begin in the head and travel throughout the body. It can also bring out deep, soothing feelings of calm, relaxation, peacefulness and sleepiness. The ASMR host triggers these feelings using light, mouth sounds and eating, scratching and even storytelling.

Everyone experiences ASMR differently, said Richard. Some people enjoy the sound of soft whispers or the light tapping of nails on a cardboard box, while others enjoy colorful lights floating across their screen or watching someone draw a picture.

On Justice’s channel, most of her videos use her voice as the trigger. In her soothing whisper, Justice has read the entirety of the Gospel of Mark and the Book of Ruth and made devotional videos focused on dealing with stress, struggling to sleep and facing tough times.

While Christi and Dee also incorporate Bible readings, they both also reach the viewer through role play and personal attention. In Dee’s video, titled “WWII Loving Nurse Takes Care of You,” Dee pretends to be a nurse during the war who tends to her patients with care and compassion.

“Our duties went beyond tending wounds and illnesses,” said Dee in a soft voice played over footage of her preparing a stethoscope and gauze. “Our hands worked hard, but our hearts worked harder.”

“One of the best parts of ASMR is the fact that everybody does it a bit differently,” said Justice. “What works for one person may not work for someone else.”

A 2018 brain scan study, co-authored by Richard and researchers at Dartmouth College, found that ASMR can trigger regions of the brain that are associated with reward and emotional arousal.

“It is likely that these positive moments of personal attention stimulate the release of oxytocin, also known as the love hormone, to induce the calming and relaxing feeling of ASMR,” said Richard.

In addition to its relaxing and soothing effects, a 2015 study found that this visual and auditory response has helped those with depression, anxiety and insomnia. When Justice started listening to ASMR in 2013, she found it helped to calm her severe anxiety. She said she doesn’t need to listen to it as often today but will turn a video on if she is ever struggling to sleep. 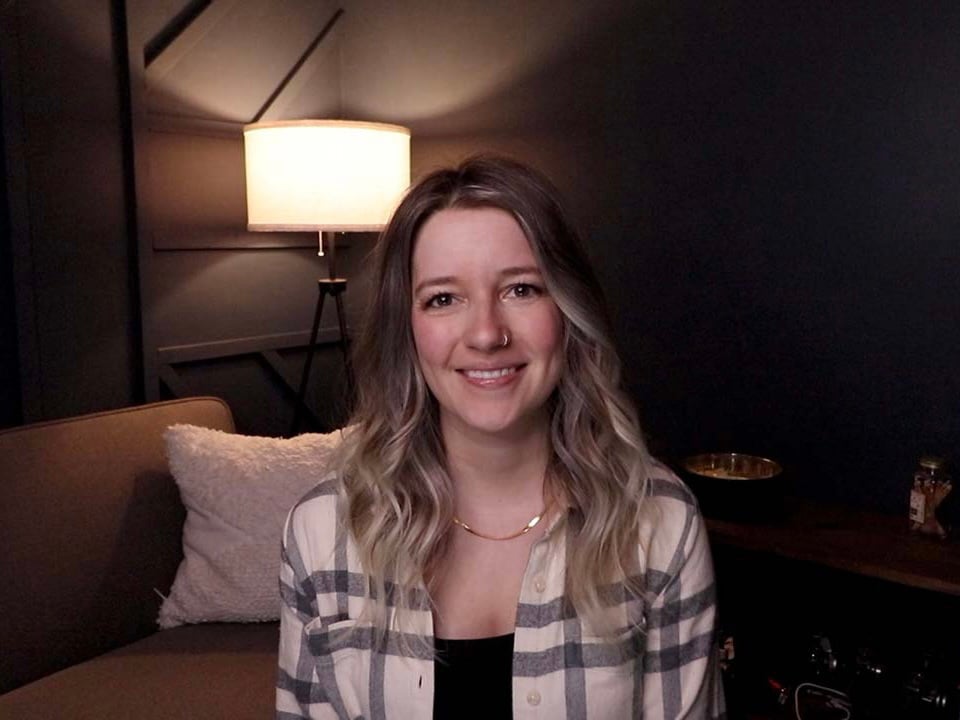 Justice, 32, is located in Nashville with her husband. She is part of the worship team at their church, where she plays music and participates in services. She said this is another way for her to express her love for the Lord.

Some aspects of ASMR and religion overlap, said Richard. Much like ASMR, someone who is having a religious experience or praying to a higher being may be receiving positive, personal attention from a caring or loving entity.

In a 2016 study, researchers at the University of Utah found that areas of the brain associated with reward and emotion were activated when devout Mormons engaged in devotional practices. When comparing this study to the ASMR brain scan research, similar areas of the brain are likely active during religious experiences and ASMR, said Richard.

“The outcome of both these moments can be similar — feeling relaxed, comforted and loved,” said Richard

Christi said she gets the same tingly sensation when she prays as when she watches ASMR.

“If you are religious or if you are spending time with God, you can feel his love, compassion and mercy,” said Christi. “When you’re watching Christian ASMR you feel like the Creator sees you and cares about you.”

Producing ASMR can be a religious experience as well. Justice said that the act of filming and releasing ASMR content makes her feel closer to God. “I really want to be helping other people,” said Justice. “And I want to have that community for them. So, if they need help or need prayer they can come to me, and I can help facilitate that.”

“I am honored to bring people who are looking for physical rest to the One who brings spiritual rest.”

While most of their viewers leave positive and uplifting comments, both Christi and Justice said there is always some negative feedback, whether it is about ASMR in general or the religious-themed content. They said most hate comments either say they are forcing their beliefs on others or that their content is weird.

“It’s not for everybody,” said Christi. “And that is fine.”