(RNS) — When Pastor Craig Duke appeared in drag on the HBO reality show “We’re Here,” he knew that some members of his United Methodist congregation would appreciate the episode and that others wouldn’t even watch it.

He also knew some members of his congregation support the full inclusion of LGBTQ Christians in the church and others don’t, and that would make his performance on the show a “challenging experience.”

But he didn’t think it would cost him his job.

Duke was relieved from his pastoral duties last week at Newburgh United Methodist Church near Evansville, Indiana, after receiving pushback from congregants over his appearance on the show — in which he wore a sky-high pink wig and lip-synched to Ke$ha, declaring, “Welcome to church.”

“Clearly, there were folks that were more displeased with my participation than I was aware of, or, at least, the group that was unhappy continued to work together,” he said.

The emails from congregants began not long after Duke’s episode of “We’re Here” aired on Nov. 8, the pastor said.

The show follows renowned drag artists Eureka O’Hara, Shangela and Bob the Drag Queen as they travel to small cities and towns across the United States, transforming locals into drag queens. Duke accepted an invitation to appear in an episode filmed in the Evansville area because he said he wanted to better empathize with LGBTQ people in his community and to express support for his daughter, who recently came out as pansexual.

Some of the messages the pastor received were positive. Enough were so negative that — at the “insistence” of Newburgh’s Staff-Parish Relations Committee, Duke said — he requested a new assignment from Bishop Julius C. Trimble of the Indiana Conference of the United Methodist Church.

It’s not unusual for United Methodist bishops to reassign pastors regularly to different churches or other leadership positions. Those appointments generally take effect in July, and, in the meantime, Duke planned to lead a six-week Bible study about sexuality at the church — something he hoped would create dialogue within the congregation.

But another “negative, bullying, attacking email from a church person” arrived Nov. 14 that “flipped the tide” for the pastor, he said.

“It just got to the point where the conflict, the anger grew too much, and so for my mental health, too, I started to back away, and I told my district superintendent that the conflict was so much, it was at such a level from some, that I was unable to be an effective leader,” he said. 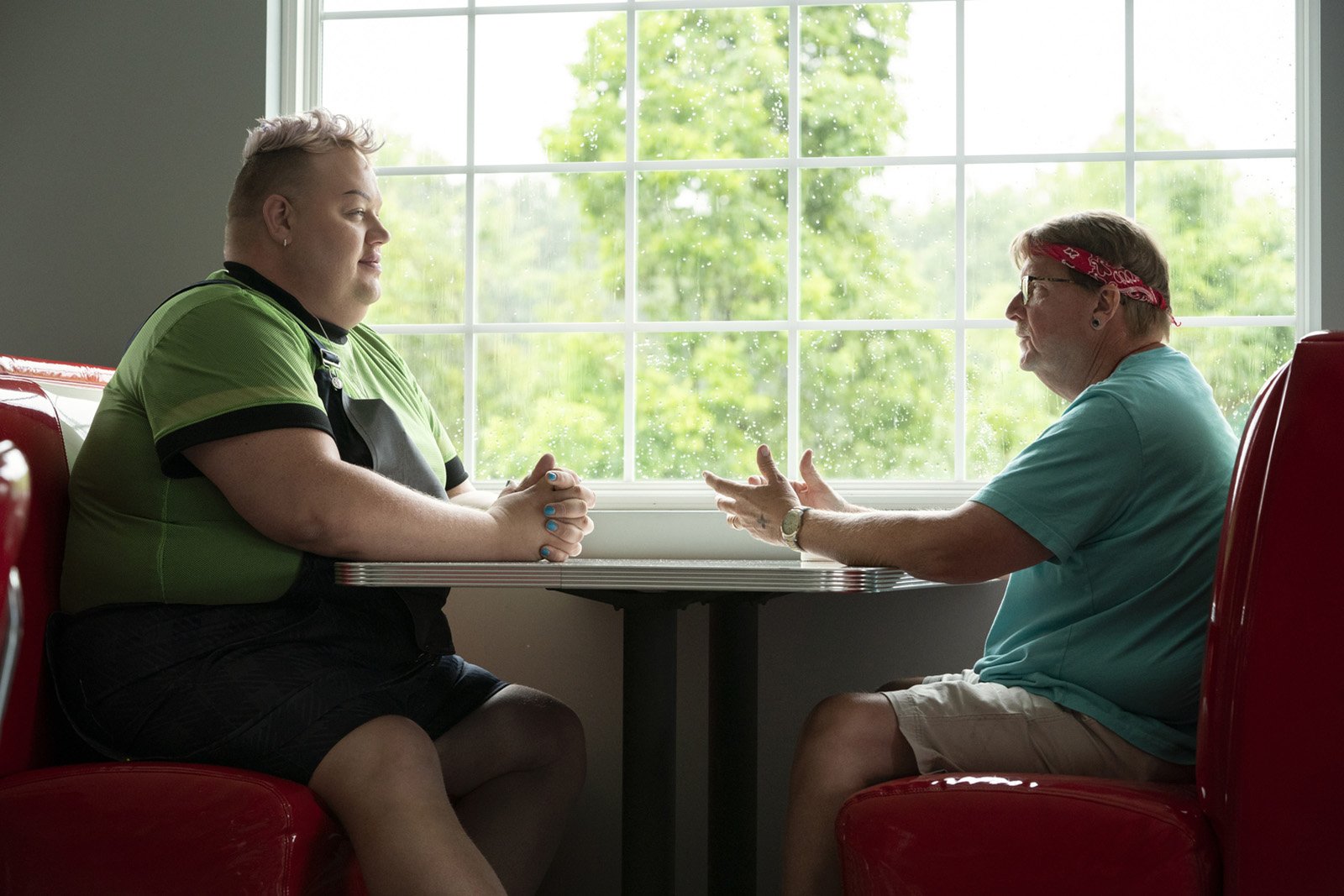 In a written statement to Religion News Service, the Indiana Conference confirmed Duke had “stepped away from his duties at the church and entered a time of renewal, reflection, and recovery” after a mixed response to his appearance on the show from congregants. He did not resign and was not fired, it clarified.

“He and the Conference felt that he was no longer able to effectively serve in parish ministry with the Newburgh congregation,” the statement read.

The Rev. Mark Dicken, who pastored Newburgh from 2004 to 2011, said Duke’s departure has been “a rather painful experience for everybody.” The church has had a longstanding history of “openness” to all the people in its community, he said.

“This is not a homophobic congregation. In fact, it’s got a remarkable number of not only allies, but parents, grandparents, siblings of LGBTQ people,” Dicken said.

The retired pastor has been serving as interim pastor at Newburgh since filling in when Duke and his family were out of town for Thanksgiving.

That’s also when Mitch Gieselman, superintendent of the South and Southwest District of the Indiana Conference, emailed the congregation to let them know Duke would be “relieved from pastoral duties” beginning Dec. 1.

Duke will continue to receive a “significantly reduced” salary from the church through Feb. 28, though he will no longer perform any pastoral functions there, according to the email provided to RNS. He and his wife, Linda, also can continue to live in the church parsonage during that time.

Gieselman said in his email he had received numerous calls and emails both critical and supportive of Duke’s appearance on “We’re Here.” He also stressed that by performing in drag on the show, Duke had not committed any chargeable offense or other violation of the United Methodist Book of Discipline.

“Our desire is to provide an opportunity for Craig to again be able to utilize his numerous gifts as a pastor in a local congregation,” Gieselman wrote in his email.

The Book of Discipline, the denomination’s rulebook, states that “the practice of homosexuality is incompatible with Christian teaching” and that “self-avowed practicing homosexuals” cannot be ordained as ministers, appointed to serve or be married in the church.

United Methodists remain divided over that language and are expected to consider a proposal to split the denomination at the next meeting of its global decision-making body, the General Conference. That meeting currently is set to begin in August 2022.

For those congregants who sent negative messages, Duke said, “some would use the term ‘disgust,’ ‘anger,’ ‘disappointment,’ ‘shame’ of my putting on a dress and being a part of that experience.”

While Newburgh’s Staff-Parish Relations Committee begins the process of working with the conference superintendent to help the bishop appoint another pastor to lead the church, Duke said he’s not sure what comes next for him.

Friends set up a GoFundMe last week to help the pastor and his family through the next few months, which already has raised more than $23,000 after his “drag mother” Eureka O’Hara, who helped him create his drag persona on “We’re Here,” tweeted about it Sunday (Dec. 5).

“Craig is an amazing person and deserves the same love that he shares with everyone around him,” O’Hara tweeted.

LGBTQ advocacy organization GLAAD, too, has offered to help Duke tell his story and connect with supportive resources.

Ross Murray, a deacon within the LGBTQ-affirming Evangelical Lutheran Church in America and senior director for education and training for the GLAAD Media Institute, said Duke’s appearance on “We’re Here” followed Jesus’ example.

“Pastor Craig Duke gracefully engaged a community that has experienced disproportionate church-based trauma and exclusion to proclaim a message of God’s love for all of creation. Pastor Craig is emulating the example of Jesus, who also spent time with those who were rejected by the pious,” Murray said.

“That his own church members bully him and the church hierarchy into chasing him away from his ministry is a disservice to the congregation, to the Evansville community, and to the ministry of the United Methodist Church.”

RELATED: United Methodist meeting to consider split is still on … for now

Duke said as a United Methodist elder he is guaranteed a minimum salary and new appointment in the Indiana Conference.

But, he said, he has some decisions to make, too.

“The outpouring of support — not just in emails and Facebook and all those experiences, but also financially, which a group started and it’s just really been incredible and unbelievable — may lead us a different direction. We really just don’t know at this point,” he said.

Any money the GoFundMe raises over its goal will go to the “most effective inclusive ministry possible that we will be either starting or be a part of,” Duke said.

One thing hasn’t changed in the past few weeks, he said.