(RNS) — Jane Marczewski, the singer-songwriter who captured hearts and the Golden Buzzer performing as Nightbirde last summer on “America’s Got Talent,” has died after multiple recurrences of cancer. She was 31.

Marczewski’s family confirmed she died on Saturday (Feb. 19) in a statement to People Magazine.

“Her lasting legacy will be the gift of hope she gave to so many through her music and the strength she found in Jesus,” the statement read in part.

“This isn’t how the story was supposed to go,” Marczewski wrote in an Instagram post of her own last September.

At the time, the singer — a Liberty University graduate who moved many viewers with her faith in the face of a terminal cancer diagnosis — had withdrawn from “America’s Got Talent” as her health declined.

Months earlier, Marczewski’s performance of her original song, “It’s OK,” won her the coveted Golden Buzzer from judge Simon Cowell, which would have sent her straight from the show’s pre-taped auditions to the live shows later that season.

The song — and the honest, hopeful message she shared — visibly moved the show’s judges and was shared widely on social media afterward, racking up millions of views on YouTube alone and sending “It’s OK” to the top of Apple Music charts. 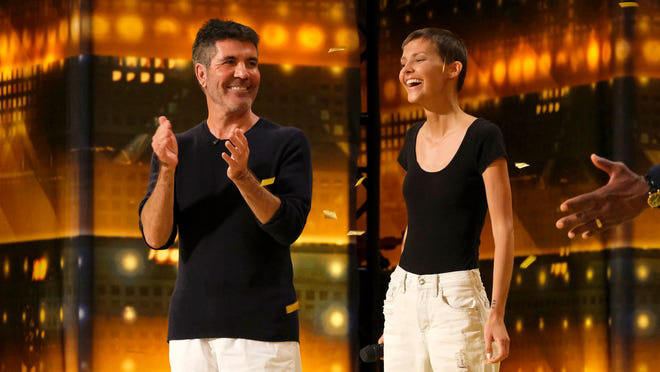 Marczewski described the song during her audition as “the story of the last year of my life,” including a cancer diagnosis with a 2% chance of survival.

She shared more stories about her health and her Christian faith on her website and social media accounts.

“I spend a lot of time squeezing my eyes shut and trying to remember what I believe; counting my breaths in the grief cloud; burying my face into God’s t-shirt,” she wrote on Instagram after withdrawing from “America’s Got Talent.”

“I remind Him sometimes, (and not kindly) that I believed Him when He told me the story He wrote for me is good, and that He never stops thinking of me. I must be a fool in love, because even from under all this debris, I still believe Him. And when I’m too angry to ask Him to sit on my bed until I fall asleep, He still stays.”

Marczewski had what she described as a “charismatic upbringing” in Zanesville, Ohio, where she attended a Christian school and church.

Her faith inspired her to pursue music as a student at Liberty, a private evangelical Christian university in Lynchburg, Virginia. She took her stage name, Nightbirde, from a series of hope-filled dreams about birds singing in the darkness, she told a school magazine.

She was first diagnosed with breast cancer at age 26 and then, two years later, with tumors in her lungs, lymph nodes, liver, ribs and spine. She had at one time received a cancer-free diagnosis but shared on “America’s Got Talent” that the cancer ultimately returned, appearing in her lungs, spine and liver.

“Honestly, things have been pretty brutal,” Marczewski wrote in the caption of her last Instagram post on Jan. 11.

It was a photo of herself in front of a piano, sunlight streaming through the window over her shoulder. The caption ended with the words of the song that was a balm to so many in a difficult year.

“We’re all a little lost and it’s alright.”