(RNS) — Catholic bishops from Colorado asked Catholic lawmakers who voted in favor of abortion rights legislation earlier this year to “voluntarily refrain from Holy Communion,” according to an open letter signed Monday (June 6) and provided to Religion News Service.

“Voting for RHEA was participating in a gravely sinful action because it facilitates the killing of innocent unborn babies,” the bishops’ letter said, referring to the Reproductive Health Equity Act, “and those Catholic politicians who have done so have very likely placed themselves outside of the communion of the Church.”

The letter was signed by the Rev. Samuel J. Aquila, archbishop of Denver, and his auxiliary bishop, the Rev. Jorge H. Rodriguez; the Rev. Stephen J. Berg, bishop of Pueblo; and the Rev. James R. Golka, bishop of Colorado Springs.

The legislation, signed into law on April 4, prohibits state and local public entities from denying an individual’s right to use or refuse contraception, and their right to continue with a pregnancy or have an abortion.

“A pregnant individual has a fundamental right to continue a pregnancy and give birth or to have an abortion and to make decisions about how to exercise that right,” the act says. “A fertilized egg, embryo, or fetus does not have independent or derivative rights under the laws of this state.”

According to the bishops’ letter, hundreds testified against the bill in the Colorado House and Senate. The bishops wrote that they have made efforts to speak with the Catholic lawmakers who voted for the bill to “ensure that they understand the Church’s teaching on receiving Holy Communion,” but note that few lawmakers have accepted the invitation to meet. 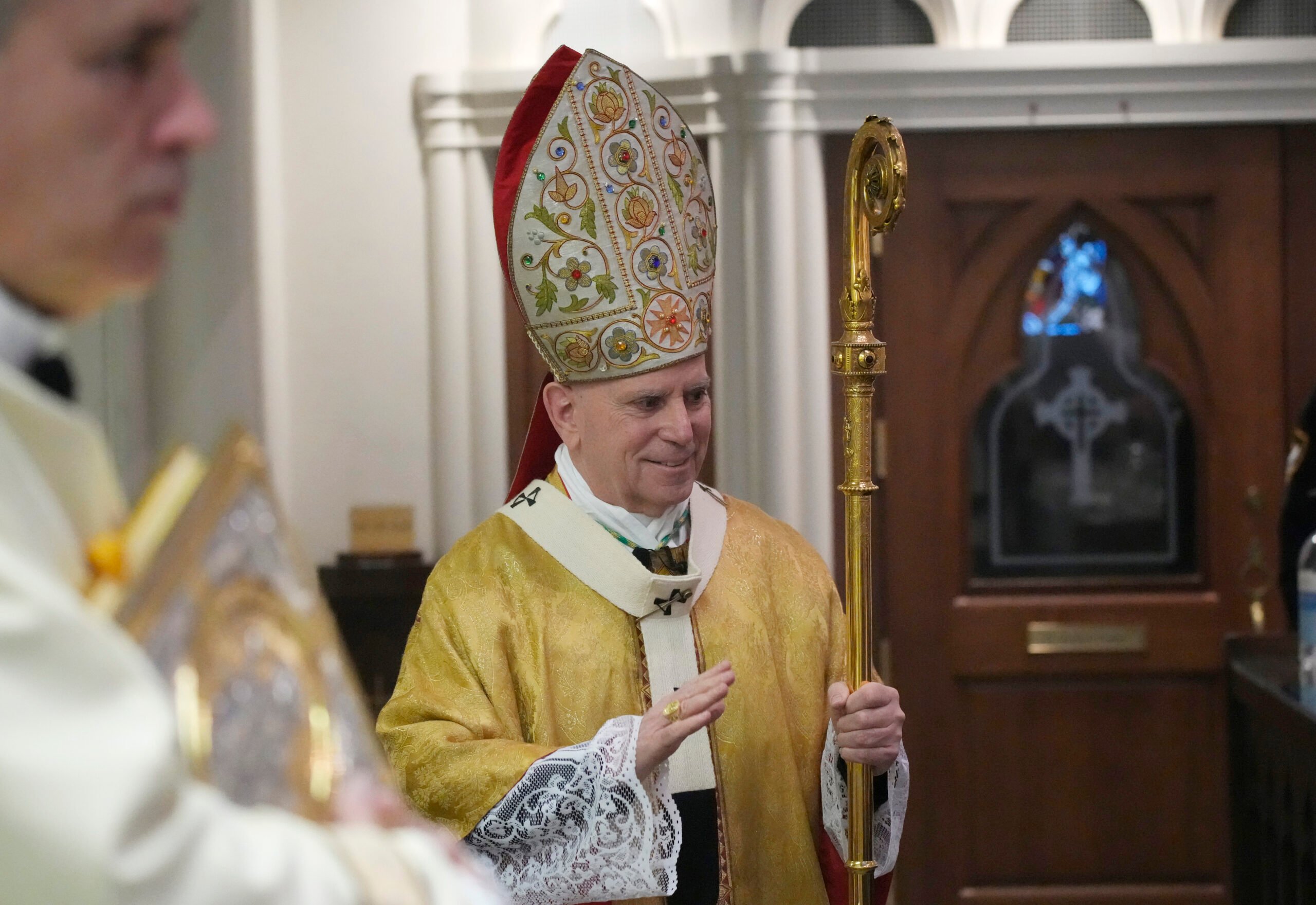 The Rev. Samuel J. Aquila, archbishop of the Archdiocese of Denver, conducts Christmas Eve Mass in Cathedral Basilica of the Immaculate Conception on Dec. 24, 2021, in downtown Denver. (AP Photo/David Zalubowski)

In an email to Religion News Service, Colorado Catholic Conference executive director Brittany Vessely said the conference estimates that around 10 baptized Catholic lawmakers voted for the legislation. By asking these lawmakers to “voluntarily refrain” from communion, Vessely said, the bishops place the burden of the decision “upon the consciences and souls of those politicians who have chosen to support this evil and unjust law” rather than on church leaders.

“The bishops also pray that these Catholic lawmakers will publicly repent and seek absolution through the sacrament of reconciliation,” she added.

Jamie L. Manson, president of Catholics for Choice, said in a statement that Colorado’s Catholic bishops should listen to their people, noting that one in four abortion patients is Catholic.

“Instead, in typically self-aggrandizing fashion, they’ve closed their ears, hardened their hearts, and dismissed these people of faith and the pro-choice majority who supports them as ‘unworthy,’ turning Jesus’s gift of his Body and Blood — his ultimate example of welcome and inclusion — into a weapon of division and exclusion,” wrote Manson. “The contrast between these so-called ‘shepherds’ in Colorado and the Good Shepherd they claim to serve speaks for itself.”

“We pray that this letter and our request to refrain from receiving Jesus in the Eucharist spurs sincere reflection and conversion in the hearts of those who have participated in allowing this grave act of injustice to become law,” the bishops concluded.

This isn’t the first time that Colorado’s Catholic bishops have issued statements on political matters. Three of the four authors of the latest letter also signed a December 2020 letter stating that vaccines developed using aborted fetal cells are “ethically unacceptable.”

This new letter from the bishops is the latest in a string of attempts from conservative Catholic bishops to block lawmakers who support a right to abortion from receiving Communion. Last month, Archbishop Salvatore Cordileone of San Francisco barred House Speaker Nancy Pelosi from taking Communion in his jurisdiction, and three other bishops quickly followed suit.

Last summer, a number of Catholic bishops feuded over whether to deny the sacrament to President Joe Biden for his support of abortion rights.