(RNS) — The founder of a controversial Christian website known for its criticism of evangelical leaders for being too liberal has resigned from his church for “serious sin.”

Montana pastor Jordan Daniel “J.D.” Hall is no longer listed as pastor of Fellowship Baptist Church in Sydney, Montana, and has been removed from the staff of Protestia, a website originally known as Pulpit & Pen.

While the church has not yet publicly acknowledged Hall’s departure, as of Sunday (June 26) the church’s leadership page can no longer be found. Also on Sunday, Protestia issued a statement saying Hall had resigned as pastor of Fellowship Baptist and is “disqualified from pastoral ministry.”

“Earlier this week, the team at Protestia received allegations of serious sin committed by our brother JD Hall,” the statement reads. “After correspondence with leadership at Fellowship Baptist Church, we learned that JD was determined by the church to have disqualified himself from pastoral ministry, had resigned from the pastorate, and submitted himself to a process of church discipline. Due to JD’s removal from pastoral ministry, we likewise have removed him from ministry with Protestia.”

Hall’s resignation is the latest bad news for the Montana pastor and blogger.

In February, Hall filed for bankruptcy after being sued for libel for a story the Montana Gazette, another of Hall’s publications, had run about Adrian Jawort, a Native American activist. Then in mid-May, he was arrested for driving under the influence and carrying a concealed weapon while intoxicated.

Hall later settled with Jawort, retracting the story that prompted the lawsuit and issuing an apology, saying he had fabricated the story. As part of the settlement, Jawort can make a $250,000 claim against Hall in bankruptcy court. Hall currently faces an additional lawsuit, filed by the WhiteFish Credit Union, for stories published in the Montana Daily Gazette, according to the Sydney Herald.

In the past, Hall’s congregation — a self-described fundamentalist, six-day creationist, independent Baptist Church — has stood by its pastor, despite his legal problems. The church issued a statement supporting Hall in February, saying he faced “trials and persecution” from liberal activists.

“We rejoice in our pastor’s persecution and suffering for the sake of our Lord, Christ. And we, as a congregation, we stand behind him 100%, as has already been established by the unanimous, united voice of our congregation,” the statement read.

After Hall’s arrest, the church also issued a statement of support, claiming Hall suffered from a vitamin deficiency that caused “poor coordination, slurred speech, word displacement.” The church also said at the time that Hall was overworked and would take several months off to rest. According to that statement, Hall could not return to work without his wife’s approval.

Hall has pled not guilty to the DUI and weapon charges. He also addressed the church following his arrest, according to the church’s statement in May.

“He cautioned us solemnly to be ready for what enemies of Christ would do with his situation and to brace themselves,” the statement read. “The congregation spoke openly to assure Pastor Hall he should not be ashamed, that we do not care what the world thinks, as we know the truth.”

It is unclear whether Hall’s departure from the church is related to his previous arrest.

After Facebook banned the Pulpit & Pen, the site was renamed “Protestia.” Hall also heads the Gideon Knox Group, which runs a church-based collection of media sites and other media ministries, including the Polemics Report, the Bible Thumping Wingnut podcast network and an AM radio station.

Hall’s church echoed his political views. Along with listing the church’s views about the Bible, the Trinity, baptism and other Christian doctrines, the Fellowship Baptist statement of faith includes a “repudiation of the Social Justice Movement, Critical Theory, Liberation Theology, and Marxism in all of its various forms.”

Fellowship Baptist did not respond to a request for comment on Sunday afternoon.

On Monday (June 28), Fellowship issued a statement saying that after an incident in early June, other church leaders became aware that Hall had allegedly been abusing the prescription drug Xanax.

“As a result, Pastor Hall tendered his resignation from the pastorate shortly thereafter on June 8th, under the assumption that he had become disqualified from eldership as detailed in 1 Timothy 3,” the church said in a statement.

Church leaders also defended their previous decision to back Hall after his arrest, saying they believed their former pastor’s claim that a vitamin deficiency was to blame.

“If the church had been aware at that point of Mr. Hall’s prescription drug abuse, the decision regarding his tendered resignation would likely have been different. However, we believe that we acted appropriately given the information we had at the time,” the statement read.

After Hall’s resignation, Protestia distanced itself from the church.

“While the church’s decision to accept JD’s resignation from pastoral ministry leaves us no choice but to consider the allegations against him to be credible, we are unable to determine their truth with certainty and therefore cannot speak to the specifics of the accusations lest we be guilty of gossip,” according to the Protestia statement.

This story has been updated with the Fellowship Baptist statement. 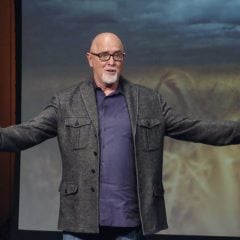 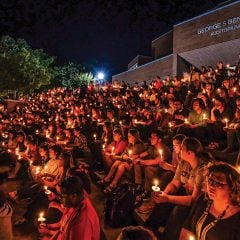