(RNS) — Like other houses of worship, the Jehovah’s Witnesses shut down their Kingdom Halls in March 2020 at the start of the COVID-19 pandemic.

Those reopened, in hybrid fashion, in April of this year.

Now, starting Sept. 1, adherents of the religious group known for their door-to-door knocking ministry, will return to neighborhoods to share their faith.

Robert Hendriks, U.S. spokesman for Jehovah’s Witnesses, said the decision, announced earlier this month, was the “next logical step in this ‘living with COVID’ phase.” The return of door knocking will join other outreach efforts that the group has maintained over the last couple of years.

“Even though we have had a very productive two and a half years — letter writing, virtual Bible study, telephone witnessing — we recognize that the primary way that we reach our neighbors is by going to their door,” he told Religion News Service on Monday (Aug. 22). “And when we do that, we have meaningful conversations and meaningful follow-up conversations, which is much more difficult in other aspects of our ministry.” 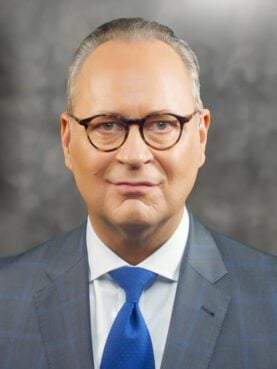 Door knocking has not only been a physical mainstay for Jehovah’s Witnesses but an ideal they have fought for in courtrooms. Most notably, they recently marked the 20th anniversary of the 8–1 Supreme Court decision Watchtower v. Village of Stratton, in which they — and other groups that stand on strangers’ stoops — were victorious in protecting the right to continue door knocking without governmental permission.

“The court said it violated the First Amendment protection of free speech,” noted Hawaii Public Radio in a July report about the anniversary. “It’s a decision that directly impacts everyone from religious organizations to political candidates to trick-or-treaters.”

Though the faith group’s decision to return to people’s doorsteps is a global one, the way conversations will take place will depend on the people having the interaction, said Hendriks, whose U.S. branch is based in the Hudson River Valley town of Wallkill, New York.

The return to door knocking comes at the same time that Jehovah’s Witnesses are launching a global campaign about an interactive Bible study program that was developed during the pandemic and involves an instructor and a student.

“Typically, our Bible studies have always been done in person,” Hendriks said. “They once again can be done in person as of September 1st.” Elizabeth and Mark Godoy pose beside a display of Bible-based literature in Herald Square in New York City. Photo courtesy of Jehovah’s Witnesses

While congregants gathered online for two years prior to April, the faith group said there were more than 400,000 newly baptized Witnesses who joined some of the 120,000 congregations across the world.

Like other faith groups that had to resort to new ways of conducting baptisms, Jehovah’s Witnesses found alternatives to the rituals that usually occurred at their conventions, where hundreds were baptized in a facility.

“Our baptisms for the last three years have all been done at private locations, following COVID protocols, at outside pools” and other sites, said Hendriks. Sometimes they were livestreamed to a local congregation.

He said Witnesses hope baptisms will return to the convention setting, as those large events are expected to restart in 2023 for the faith group that claims 8.6 million congregants in Kingdom Halls across 239 countries.

Hendriks said there are 1.3 million adherents attending about 12,800 congregations in the U.S., usually twice a week for midweek and weekend gatherings. 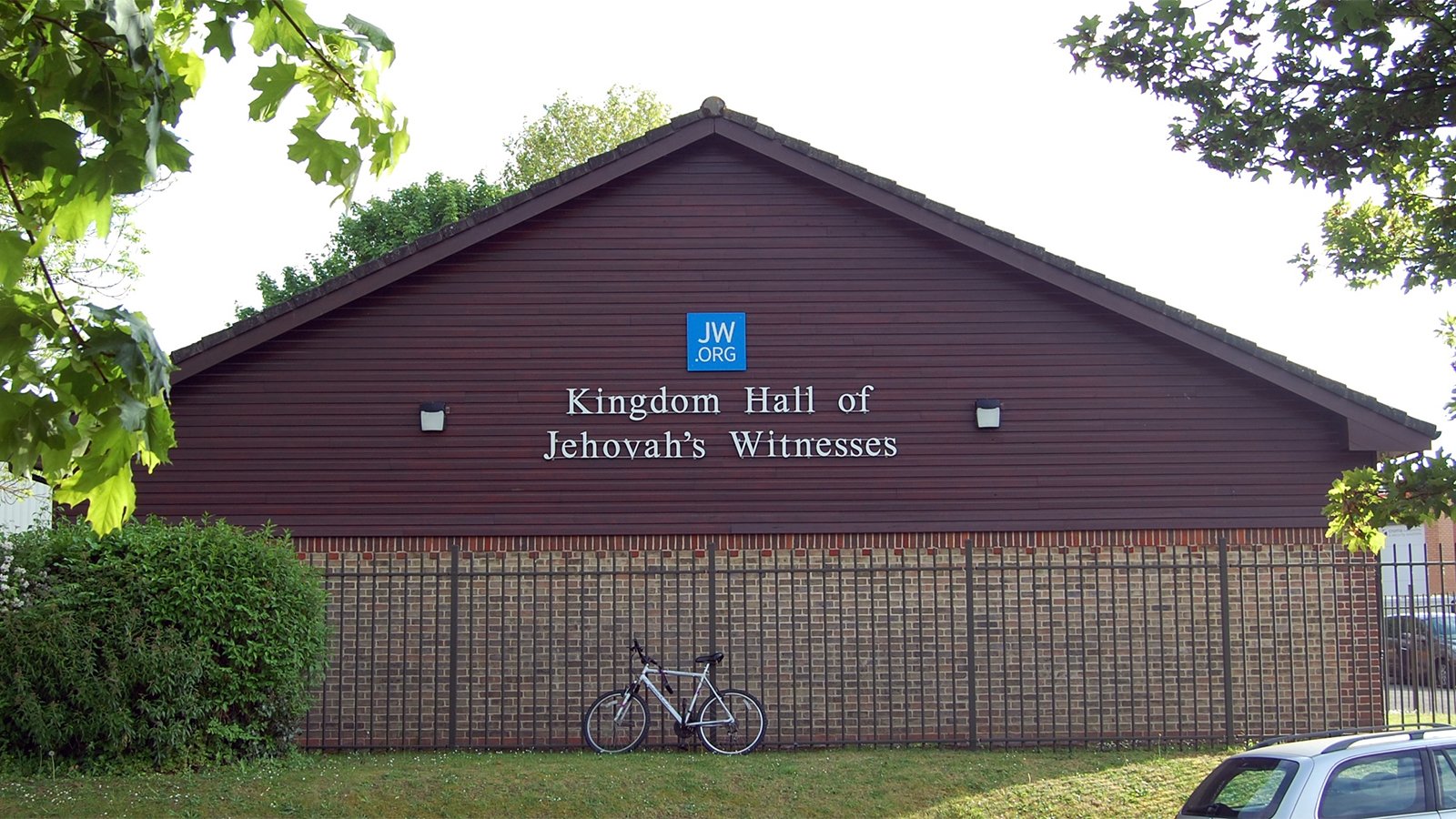 A Kingdom Hall of Jehovah’s Witnesses in Fareham, Hampshire, in southern England. Photo by Hassocks5489/Wikipedia/Creative Commons

Ahead of the door-knocking decision, on May 31, leaders of the Jehovah’s Witnesses restarted the “cart witnessing” ministry, where people stand on corners and offer the faith’s magazines or answer questions posed by passersby.

Hendriks called the door-to-door visits the most courageous form of ministry in his faith that, “in a very different world,” will be even more so now.

“There’s no doubt that this mixture of excitement and a level of anxiety is there for all of us, and we’re looking forward to getting back in our communities and seeing the reaction of our neighbors and being able to meet them once again,” he said.

“Once the first few months happen, I think the anxiety will kind of abate a bit and we’ll be back in our normal routine.”