Ron Ribiat is an author at Religion News Service.

The Practicing Democracy Project, a collaboration between The Center for Spirituality & Practice and the Fetzer Institute, launched this month with a new Internet presence and plans to engage a wide variety of people in shaping America’s democracy.

A nationally televised youth forum on the theme of “Youth, Faith and Vocational Discernment” will air on Canada’s Salt and Light Catholic Television Network on Sunday evening, October 22, 2017. Taped in “Fr. Michael McGivney Studios” of the Salt and Light Catholic Media Broadcast Centre in Toronto on October 10, 2017, the 90-minute program is hosted by Cardinal Kevin Farrell, Prefect of the Dicastery for Laity, Family and Life and Salt and Light founding CEO, Fr. Thomas Rosica, CSB. Pope Francis took part in the program by sending a special video for the occasion in which he addressed young Canadians “from the Atlantic to the Pacific” and reminded them that they are the protagonists of this unique dialogue in preparation for the 2018 Synod of Bishops set to take place in October 2018 at the Vatican.

Church member giving as a percent of income in 2015 remained near the lowest levels in the 1968-2015 period.
Although a slight increase was measured from 2014 to 2015, the portions of income given to churches in 2014 and 2015 were among the lowest over four decades.
Meanwhile, 40 countries were not on target as of 2015 to meet global goals to reduce their under-age-five mortality rates. 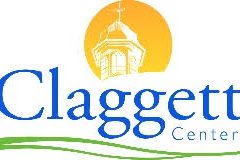 Faith and Civility: Beyond the Golden Rule

The 2017 Chapman Dialogues: Conversations on Faith conference, focusing on Faith and Civility: Beyond the Golden Rule is not about race relations, politics, climate change, gun control or myriad other hot topics. 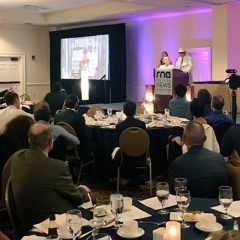 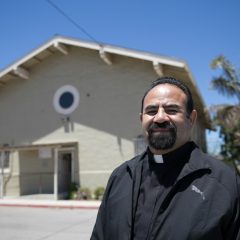 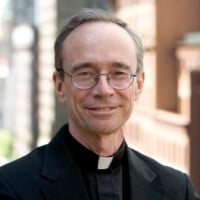 Jesuit priest Thomas J. Reese has joined the Religion News Service as a senior analyst and will contribute a weekly column focused on Catholicism, the Vatican and Pope Francis and will offer insightful analyses, explanations and critiques of issues and debates in the Catholic world that have a relevance to, or resonance on, wider culture. On the heels of having several #1 Billboard Classical Traditional albums, De Montfort Music teamed up with sister label AimHigher Recordings and Sony Classical in the recording of the angelic music of Ave Maria by The Boys of St. Paul’s Choir School.  The album will be released on September 8, 2017. It is available for preorder now.

President Trump has appointed Sam Brownback as the new Ambassador-at-Large for International Religious Freedom. As Ambassador, Brownback will head the State Department’s Office of International Religious Freedom, dedicated to monitoring religious freedom abuses throughout the world. The position has been vacant for 7 months after Rabbi David Saperstein resigned. Religious freedom organizations have since been advocating […]

Beginning this fall, congregations of the Evangelical Covenant Church will begin a three-year Bible reading experience using Immerse: The Reading Bible. This denomination-wide initiative was formed in partnership with Tyndale House Publishers and The Institute for Bible Reading (IFBR). 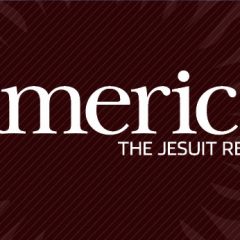 Why is the A.C.L.U. targeting Catholic hospitals?

Today, one in six patients receives medical care at a Catholic institution. According to the Catholic Health Association, there are 649 Catholic-sponsored hospitals in the United States employing nearly 750,000 people. For leaders in Catholic health care, the growth of these hospitals at a time of economic uncertainty is to be celebrated. It is a sign that these institutions, many of which were founded by women religious to serve the most needy, continue to thrive in the 21st century.

WASHINGTON – A Moment Magazine investigation into the media holdings of philanthropist and casino mogul Sheldon Adelson has found that he uses his papers in Israel and Nevada to try to sway public opinion in favor of his political views and business interests. Moment’s 5,500-word analysis in its July/August issue comes on the tenth anniversary of Adelson’s launch of Israel […] 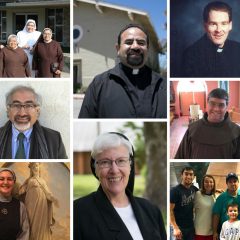 A diverse group of inspiring Catholic leaders is being recognized for bringing the light of Christ to poor communities across the United States. The group includes Mexican missionary sisters serving in Texas, a Franciscan priest ministering on a Native American reservation in Arizona, a young sister reaching out to young Middle Eastern Christians, a lay couple shepherding a remote mining community in Utah, an army chaplain bringing healing to wounded soldiers, sisters offering charity and mercy in a poor African-American community in the Mississippi Delta, a dedicated principal of a small mission school in New Mexico and the son of a migrant worker who now pastors a migrant-worker parish in California.

Dallas Theological Seminary (DTS), one of the world’s leading seminaries for training evangelical Christian leaders, in collaboration with MinistrySafe, a leader in sexual abuse prevention and education, has completed its first academic year in providing child sexual abuse awareness training for all students.

News
Attorneys for John MacArthur denounce headlines reporting a church outbreak of COVID-19 cases
News
EXCLUSIVE: Trump, confirmed a Presbyterian, now identifies as ‘non-denominational Christian’
Opinion
There’s a theology driving Sean Feucht’s worship music protests — and it’s a popular one
News
In Disney’s ‘Clouds,’ Justin Baldoni makes a teen cancer movie about joy
News
COVID-19, food crisis give new life to ancient practice of gleaning
© Copyright 2020, Religion News Service. All rights reserved. Use of and/or registration on any portion of this site constitutes acceptance of our User Agreement and Privacy Policy, Privacy Statement and Cookie Notice. The material on this site may not be reproduced, distributed, transmitted, cached or otherwise used, except with the prior written permission of Religion News Service.