Why I already miss Bob Einstein

May Marty Funkhouser rest in peace. 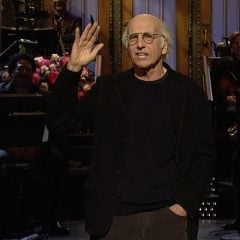 Larry David should be ashamed

(RNS) — Larry David’s opening SNL monologue was not only tasteless and unfunny. It was dangerous.

It has been a wretched several weeks, filled with non-stop death — of celebrities, like Prince and Muhammad Ali, and mass killings, such as the terrorist acts in Tel Aviv and Orlando. So, we are overdue for some lightness. That would be the announcement that “Curb Your Enthusiasm” will be returning to HBO for its […]

Woody Allen, Jewish despite himself

Woody Allen is 80 years old — and far more Jewish than he lets on.