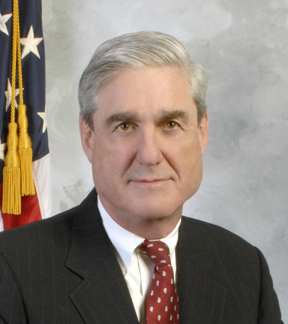 FBI Director Robert Mueller says he is willing to consider a panel of experts to review FBI training materials for possible anti-Muslim sentiment.

(RNS) FBI officials say they are willing to consider a proposal from a coalition of Muslim and interfaith groups to establish a committee of experts to review materials used in FBI anti-terrorism training.

The coalition raised the idea during a Feb 8 meeting with FBI Director Robert Mueller, who met with the groups to discuss pamphlets, videos and other anti-terrorism training materials that critics say are either Islamophobic or factually incorrect.

“We're open to the idea, but they need to submit a proposal first,” said Christopher Allen, an FBI spokesman who was in the meeting.

Groups at the meeting included the Islamic Society of North America, the Muslim Public Affairs Council, the Sikh American Legal Defense and Education Fund, the Interfaith Alliance, and the Shoulder-to-Shoulder campaign.

The FBI is satisfied with the job that its own experts had done in reviewing and purging “problematic” materials, Allen said, and the agency is also “developing guidelines so it won't happen again in the future.”

Materials that were pulled contained incorrect or imprecise information, were stereotypical, or “in poor taste,” the FBI said.

While the groups praised Mueller for the review and for listening to their concerns, they also say trust between Muslims, Sikhs and the FBI had been damaged by the episode.

“It is a travesty that the Muslim-American community has lost trust with an agency that is here to protect us,” said Salam Al-Marayati, director of the Muslim Public Affairs Council, a Los Angeles-based advocacy group.

In a statement, the groups urged the FBI to acknowledge “the negative impact of these training materials on the Muslim-American community.”

Allen said he didn't know whether such a statement would be forthcoming, but said Mueller had already spoken several times about his regret over the episode and his appreciation for the Muslim community's cooperation with the FBI in thwarting terrorist attacks.

“The FBI views the Muslim community as a useful partner in stopping terrorism, and we appreciate the cooperation they've given us,” Allen said.

Wired magazine first reported the use of the materials last September. In January 2011, The Village Voice reported that “The Third Jihad,” a documentary that critics deem Islamophobic, had been shown to nearly 1,500 New York City police officers. That incident and subsequent cover-up prompted calls for New York City Police Commissioner Raymond Kelly to resign.