NEW YORK (RNS) Did leaders of the Southern Baptist Convention hurt their missionary cause by opting not to change the denomination's name to something a bit more, well, marketable? 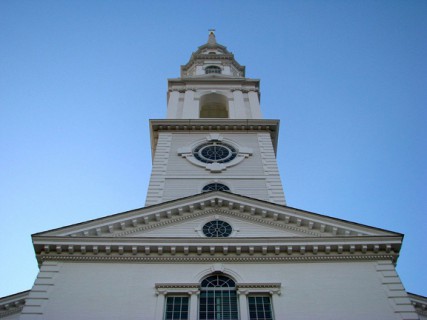 The Pilgrim Chapel at Dallas Baptist University. The Southern Baptist Convention decided against a name change, and marketing experts agree changing a brand identity is often easier said than done.

Maybe, but as the advertising executives of Madison Avenue here could attest, as tempting as it is to try to solve a missionary slump with a marketing campaign, religious groups — like commercial businesses — should think twice before undergoing a brand overhaul.

After months of deliberations, an SBC task force on Feb. 20 recommended against trying to re-brand the denomination, an idea that has been bandied about for more than a century.

Proponents of a change made a good case: for a denomination that was born in 1845 out of a defense of slavery, the name has since saddled Southern Baptists with a problematic name and historical baggage.

Advocates — including top SBC leaders — argued that the name of the nation's largest Protestant body wasn't helping reverse a decline in baptisms and church plantings. One reason, they said, was the “Southern” part of their name made it hard to expand beyond its largely white base in the Bible Belt, and racial and ethnic minorities often balk when they see the Southern Baptist name.

“There is so much to celebrate in the heritage of our beloved denomination, but there is also a deep stain that is associated with slavery,” R. Albert Mohler, president of the Southern Baptist Theological Seminary, wrote as the debate heated up.

“If these issues can be resolved, even to any significant degree, by a name change, a Gospel-minded people would never hesitate to consider such a proposal.”

There were also strong currents running against a change, however. Some objections were rooted in an emotional loyalty to tradition and culture that can make a debate over repainting the church walls into an occasion for schism.

“We believe that the equity that we have in the name Southern Baptist Convention is valuable,” said Jimmy Draper, head of the SBC task force. “It is a strong name that identifies who we are in theology, morality and ethics, compassion, ministry and mission in the world. It is a name that is recognized globally in these areas.”

Makeovers are not only expensive and fraught with potential legal problems — factors that were raised by the SBC task force — but they may not work. Exhibit A: Coca-Cola's failed 1985 effort to introduce “New Coke,” or Tropicana's updated but deeply unpopular package design for its orange juice, or Gap's swift rejection of a poorly received new logo.

Even so, religious groups won't stop trying if they feel their “brand” isn't working.

Campus Crusade for Christ, the worldwide ministry started in 1951 by the late Bill Bright and his wife, is this year introducing a new moniker, “Cru,” that some worry could become the “New Coke” of evangelical Christianity.

Elsewhere, evangelical leader Tony Campolo has taken to calling himself a “Red Letter Christian” because he worries that the evangelical brand has become too politicized. The rock-ribbed Christians at Bob Jones University in South Carolina have been looking — so far in vain — for an alternative to the “fundamentalist” label that they once wore so proudly.

Mormon leaders are also making a push to have the church called only by its formal name, The Church of Jesus Christ of Latter-day Saints, because they feel the “Mormon” label can be derogatory or raise undesirable associations with polygamist splinter groups.

But Feldmeth, who was raised an evangelical and graduated from Wheaton College, said LDS leaders might want to think twice.

The word “Mormon,” like “Southern Baptist,” has strong name recognition and immediately conveys a clear image — both valuable assets. If that image is not the one you want to project — for example, a LifeWay Research survey showed that 40 percent of Americans have a negative impression of Southern Baptists — then you have to figure out why rather than just slapping a new label on the same old product.

“I think you should stick to your mission and just work harder to explain why your mission matters,” said Feldmeth, who is now a practicing member of the Episcopal Church, which was forced to re-brand after the Revolutionary War made associations with Anglicanism dicey.

“Brands exist to change behavior. That applies to the religious world as much as it does to the business world,” he said. “You create a McDonald's to change the way people eat.”

It's also not easy to find a good alternative. “Mormon” is memorable and short, while the Church of Jesus Christ of Latter-day Saints is a mouthful. The “American Baptist” name was taken in 1950 by the Baptists' northern branch, and black Baptists snagged the “National Baptist” brand way back in 1895. For what it's worth, “Primitive Baptist” and “Hard Shell Baptist” are taken, too. 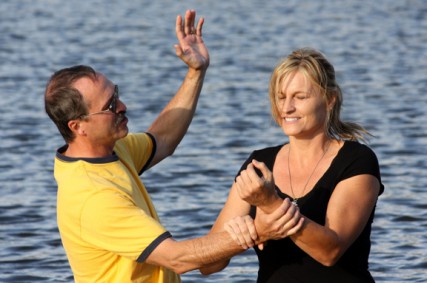 In the end, all the Southern Baptist task force could do was offer an unofficial alternative, “Great Commission Baptists,” for congregations that want at least something a little different.

It seems unlikely the “GCB” moniker will win out, but an evolutionary approach to re-branding can work; International Business Machines effectively reinvented itself as IBM, and General Electric did the same by switching to GE.

If all else fails, Southern Baptists and Mormons can take heart from historical precedent. The early followers of Jesus were disparagingly referred to as “little Christs” — hence the term Christians, a brand few churches are eager to give up.

Likewise, the name “Lutheran” was first used to mock the Protestant reformer Martin Luther, who didn't much like the term either. But it stuck, and worked. In that same period, members of the new Catholic Counter-Reformation order, the Society of Jesus, were dismissively referred to as “Jesuits,” yet that brand has had some staying power.

And in the 18th century, followers of John and Charles Wesley were derided for their “methodical” approach to spiritual growth — but thanks to those cultured despisers, we now have Methodists.

“In the end,” said Feldmeth, “they made the brand what they wanted it to be.”

News
Ravi Zacharias ministry to change focus to supporting evangelism and abuse victims
Follow us on Facebook!
Submit your photos to RNS