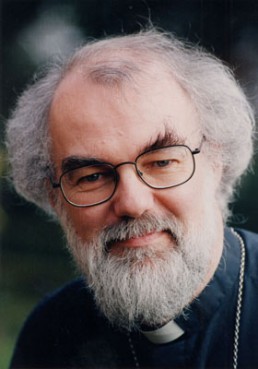 The covenant, born of an idea in 2004 to try to set boundaries in belief and practice for the Communion's 40 members churches, appears dead after a majority of dioceses within the Church of England voted to reject it.

With results still being counted, supporters of the Covenant effectively lost their battle within the Church of England when the Diocese of Lincoln cast the 23rd vote against it last week.

“The covenant is either buried or disabled,” said Simon Barrow, co-director of the independent British think tank Ekklesia, in the aftermath of the decision.

Diarmaid MacCulloch, professor of church history at Oxford University, chimed in: “It seems to me the scheme is dead in the water throughout the Anglican Communion. There really would be no point in other provinces signing up to it, since already some are most reluctant to do so.”

The Episcopal Church, the U.S. branch of the Anglican Communion, has not voted on the proposed pact but the idea faced steep resistance in a church that has shown an increasing willingness to go its own way in recent years.

The Covenant had been billed as a way to heal the growing splits within Anglican churches over a range of issues that centered on same-sex unions and homosexual bishops.

One of its biggest supporters was Archbishop of Canterbury Rowan Williams, who backed the covenant's call to member churches not to take steps or adopt policies that could antagonize Anglicans in other countries.

Failure to abide by the Covenant would result in a kind of second-tier membership for independent-minded member churches.

Williams announced on March 16 that he will step down at the end of the year to return to his roots in academia, depriving supporters of the Covenant their most powerful voice.

In fact, Williams had little more than the force of his own personality to try and win over skeptics. The archbishop of Canterbury has no power directly over Anglican churches — either to adopt his policies or to keep them from adopting their own.

Without a central core of acceptable behavior to unite the global communion, Williams warned of the risk of “piece-by-piece dissolution.”

The covenant was born after the consecration of an openly gay Episcopal bishop in New Hampshire, Gene Robinson, in 2003. The U.S. church furthered angered Canterbury by blessing same-sex unions and consecrating a lesbian bishop in Los Angeles.

Churches that agreed to the Covenant agreed to “act with diligence, care and caution in respect of any action which may provoke controversy.” Any action that upset the larger communion could result in “relational consequences” that would affect a church's membership in the communion.

Since its debut, as the Reuters news agency described it, the covenant “tried to bring liberal and conservative wings of the Communion together, (but) ended up facing opposition from both sides.”

“Liberal Anglicans,” the report added, “fear the covenant will impose centralizing control on the Communion's family of autonomous churches, while conservatives and evangelicals complain it does not go far enough to discipline churches that step out of line.”

The U.S. church was scheduled to take up the Covenant at its upcoming General Convention this summer. Episcopal Presiding Bishop Katharine Jefferts Schori has been cool to the idea of a Covenant, particularly of “attempts to impose a single understanding” of theology or sexuality across the communion.

In 2010, Jefferts Schori, the first woman to head a province of the Anglican Communion, wondered aloud if the Covenant would impose sanctions on provinces that do not allow or recognize women's ordination. In 2010, she said sanctions must also apply to churches that “continue to hold one view in public and exhibit other behaviors in private.”

The Rev. Lesley Fellows, moderator of the “No Anglican Covenant Coalition” group, on Sunday (March 25) dismissed the covenant as a “proposal to centralize communion-wide authority in the hands of a small, self-selecting group.”

She added: “We hope that the Church of England will now look to bring reconciliation within the Anglican Communion by means of strengthening relationships rather than punitive legislation.”