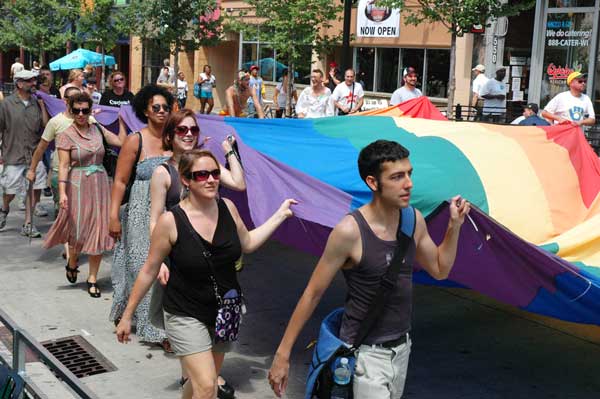 (RNS) President Obama’s recent endorsement of same-sex marriage opened a torrent of speculation on what his newly enunciated position will mean politically, but the latest polls indicate the public largely backs his views and that his stance may not hurt him at the ballot box. 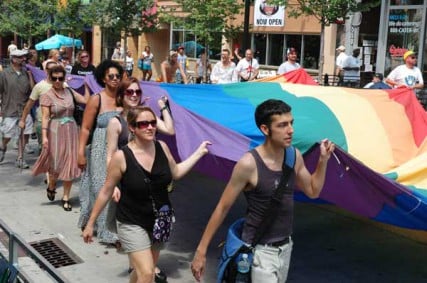 Almost 500 people took to the streets in Madison, WI on July 27, 2010 to show their support for full marriage equality and LGBT rights when the National Organization for Marriage came to town.

A Gallup poll in early May showed that by a 54-42 percent margin, American adults consider gay and lesbian relations “morally acceptable.” The level of approval has grown steadily since 2002, when it stood at 38 percent, so much so that Gallup considers the current situation “the new normal” in U.S. public opinion.

Twenty-three percent of independents said Obama's support for gay marriage would make them less likely to vote for him, a statistic that is already raising hopes among conservative activists.

“It is probably safe to assume, given the strong relationship between party identification and vote choice, that most of those voters would have voted for or against Obama regardless of his view on gay marriage.”

Respondents were closely divided on whether they backed Obama’s position, with 51 percent approving and 45 percent disapproving.