(RNS)  Retired United Methodist Bishop Leontine T.C. Kelly, the first African-American woman elected to the episcopacy by a major religious denomination, died Thursday (June 28). The teacher, pastoral leader and activist was considered a pioneer for her ministry of more than two decades. She was 92.

Her death was reported by United Methodist News Service.

Bishop Judith Craig, who was elected a Methodist bishop just hours after Kelly in 1984, recalled the pioneer’s “audacious” life.

“She never ran from challenge or controversy, and she also stood fast in her convictions,” Craig told the denominational news service.

A preacher's daughter who vowed never to marry a minister, but did, found herself called to become one. Trained as a public school teacher, Kelly made the ministry her second career when she started pastoring a Methodist church in Virginia in 1969 after her husband’s death. She was ordained a deacon in 1972 and an elder in 1977.

In 1984, she was named the first African-American woman and the second woman elected bishop in the United Methodist Church. She was charged with heading the denomination's Western Jurisdiction, which included California and Nevada. Kelly served in the San Francisco area from 1984 until her retirement in 1992. 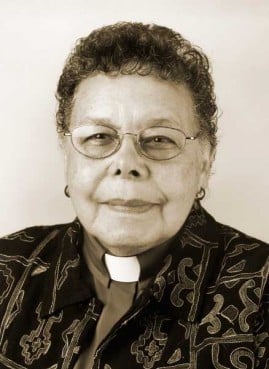 To those who argued that if Jesus wanted women to be chief administrators he would have appointed them, Kelly would point her detractors to the culture of Jesus' day.

“We must recognize the kind of culture in which Jesus and the disciples lived,” she declared. “It was a very male-dominated culture. However, Jesus did violate the customs of the culture in that he talked with women, shared with women. God calls whomever God would call.”

After the United Methodist Church elected three African-American women as bishops in July 2000, Kelly exclaimed, “Praise God, I'm no longer the only one.”

Throughout her life, Kelly opened dialogues on critical issues — violence, poverty, racism, sexuality, and illiteracy — building bridges between those with power and those without. She served as a visiting professor at the Pacific School of Religion in Berkeley, Calif., was involved with the United Methodist Council of Bishops' Initiative on Children and Poverty, and served as a leader of an interreligious effort to improve access to health care. 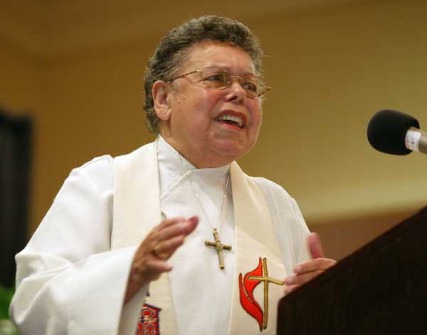 Her years of dedication to the church and to society earned Kelly a coveted place in the National Women's Hall of Fame in Seneca Falls, N.Y. Kelly, who was 80 when she received the honor in October 2000, is one of almost 250 women to be inducted into the Hall of Fame, among them the late congresswoman Barbara Jordan and educator Mary McLeod Bethune. That same year, Kelly's family established a scholarship in her name at the United Methodist-related Africa University in Zimbabwe.

Kelly, who comes from a family of prominent Methodist ministers, was born March 5, 1920, in Washington, D.C. Her family moved to Cincinnati before she was 10, and her mother, an outspoken advocate for women and the African-American community, co-founded the local Urban League. A graduate of Virginia Union University, Kelly earned a master of divinity degree from Union Theological Seminary in Richmond, Va.