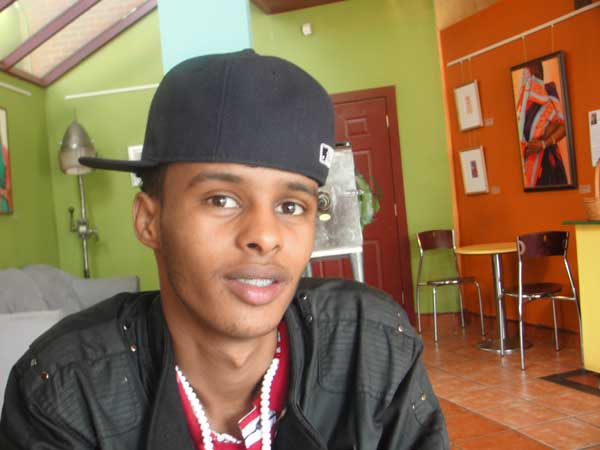 BOSTON (RNS) Malika Rushdan was at the Islamic Society of Boston Cultural Center the morning Mohamed Hassan’s body arrived to be washed before burial, in accordance with Islamic law.

Hassan, a Somali immigrant, allegedly belonged to a gang from the Villa Victoria housing development, and was shot and killed in Feb. 19 in a nearby park, some believe by a rival gang member. He was 21.

A few weeks earlier, Rushdan, director of relief services for the Boston chapter of the Islamic Circle of North America, started meeting a group of Somali youth who often could be found getting high or drunk on street corners. They were prime prey for gangs, Rushdan worried.

Persuading the Somali youths to keep meeting wasn’t easy, even for Rushdan. She had gone from homeless single mother to Harvard University-educated social worker - and worked in tough neighborhoods in Boston and New York.

After a couple of weeks, however, the shock of Hassan’s killing had worn off most of the youth, leaving Rushdan and others seeking new ways to get them off the street and into the mosque.

While Somali Muslims in America have been in the news in recent years for either joining terrorist groups overseas,  few people have paid attention to an equally substantive problem: of young Somali-American Muslims joining gangs and selling drugs.

The Islamic Society of Boston Cultural Center's initiative, barely six months old, faces significant challenges. It must outshine the allure of gangster life and overcome a lack of awareness among Muslim Americans about the problem.

“It really woke people up that some of our kids were getting involved with this kind of stuff,” said Suhaib Webb, an Oklahoma-born convert who became imam at the ISBCC in December, and presided at Hassan’s funeral.

According to the FBI, Somali gang activity has been on the rise in recent years in cities such as Minneapolis-St-Paul, San Diego, Seattle, as well as smaller cities. They sometimes align and adopt gang names based on clan or tribe, although many others join traditional gangs.

It’s hard to say why some Somalis are vulnerable to gang life. Some speculate that growing up in a war-torn country contributes to the problem. Others say that as refugees, Somali immigrants are unwittingly placed in crime-ridden neighborhoods. Unemployment exacerbates the problem. 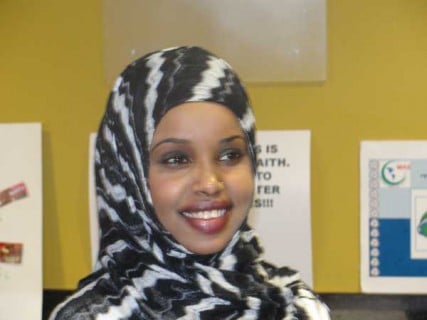 “It’s the people you hang out with, they can change you,” said Faduma Farah, who came to the United States from Mogadishu, the Somali capital, in 1993. As a teenager in Boston, Farah often skipped school to smoke cigarettes and marijuana with friends and knew Somalis who ended up in jail, in gangs, or getting sent back to Somalia by frustrated families.

“I used to be the kind of girl that would party and say I’ll change when I get married,” said Farah, 26, who is still single but became religious a few years ago.

After the ISBCC hired Webb, Farah, who volunteered at the mosque’s café, told him about the problem and asked him if she could start inviting the Somali youth over so he could talk to them. Webb, before converting to Islam at 19, had been a hard-partying hip-hop DJ, and told Farah "yes."

At first, the Somalis didn’t want to come to the mosque, and told Farah they would only listen to Webb if he came to them. So Webb, along with Farah and Rushdan, met them at a Somali-owned café where they often hung out. Webb and told them about his past life, and that he didn’t care if they drank or smoked marijuana, that was between them and God. He only asked that they come to the mosque to pray - and that they come sober.

“They liked him from the first day. They were like, ‘whoa, he’s a gangster,’” Farah said. After a few meetings the Somalis started meeting at the mosque, although they talked more about sports and school than about religion.

While shared experiences have helped the ISBCC attract Somali youth, judgmental adults have pushed them away. When a few of the Somali youth started coming to the mosque, some of the Somali adults criticized how they dressed or asked if they had come to steal something, according to Farah.

“It was hard to get them to come here, and now you have these guys calling them names and telling them they’re losers. That just makes them run away from the masjid,” she said.

Farah confronted the offending adults, while Webb responded with a Friday sermon about not judging others, repeating stories about how Islam’s Prophet Muhammad showed compassion to drunks and other sinners.

“As religious leaders, we need to explain to the older generation that these are young people navigating a lot of difficult challenges,” said Webb. “The tears of the sinner can be more valuable than the arrogant smile of the pious. People need to appreciate the struggles of the sinner.”

The mosque program is trying to reach people like Abdi Mohamed, whose parents died before he was old enough to remember them, and was raised in northern Somalia by his maternal grandparents, who took care of five other child relatives. 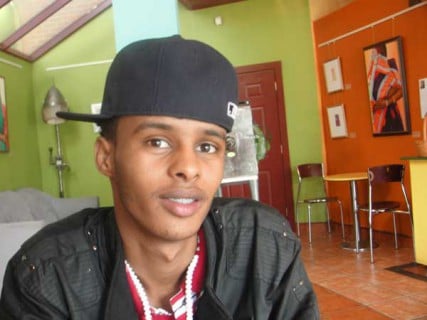 Abdi Mohamed, 20, came to Boston in 2006 and just finished his first year of community college.

They survived on money sent by relatives in Boston who Mohamed joined in 2006 when he was 14. He finished his first year at Bunker Hill Community College in June, and eventually hopes to transfer to a Massachusetts state college to pursue a business degree.

“When I came here, I had no idea. I spoke no English. Now I’m in college. I’m very proud of myself,” said Mohamed.

Mohamed said he never got into fights or had a problem making friends. Still, he understands how problems happen. “It’s hard to avoid. Everywhere you go, they are there. School, basketball court, the neighborhood.”

Fear and the promise of a better life keep Somalis like Mohamed coming back to the mosque, but Rushdan said it isn’t enough to guarantee they’ll stay off the street.

This story was made possible in part by a fellowship from the French-American Foundation—United States as part of the Immigration Journalism Fellowship.

Related Posts
By Jim Wallis
Reopening schools for all the wrong reasons
By Amy Klein
What good is faith when your fertility treatments aren't working?
By Aysha Khan
In its 10th year, the game ‘Pilgrims at Home’ takes on new meaning for Muslim women
By Omar Suleiman
As an isolated hajj begins, Abraham’s trust in God is ours
By Aya Batrawy
Pilgrims arrive in Mecca for downsized hajj amid pandemic