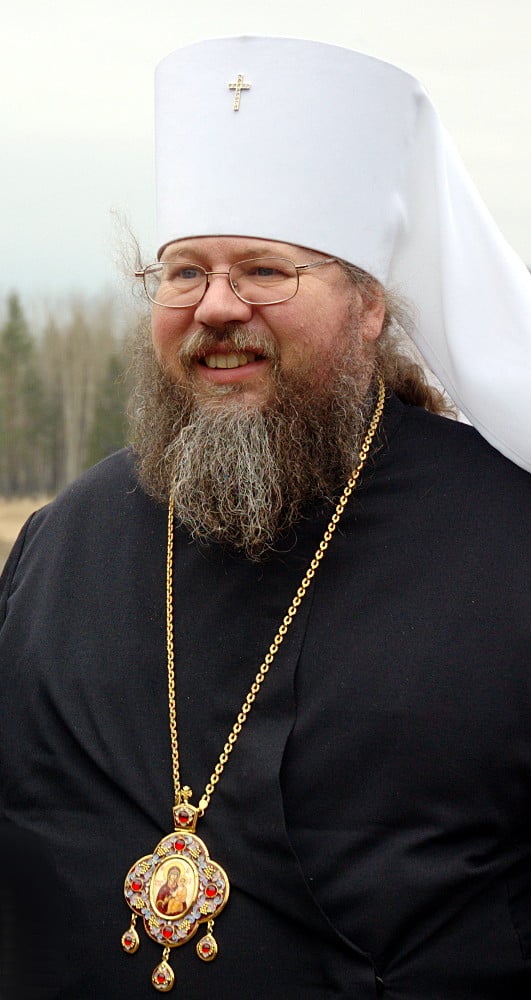 For those of you interested in keeping up with the saga of the sacking of Metropolitan Jonah by the Synod of Orthodox Church in America, the latest chapter is a letter from the synod explaining the reasons for its action. While there are general claims of maladministration, the central charge is that Jonah covered up a rape accusation against a priest he brought into the church.

Among the Jonahites, George Michalopulos, who blogs as Monomakhos, isn't buying. By contrast, Rod Dreher, who left the Catholic church when the scale of bishops' coverup of clerical sexual abuse became apparent, is prepared to believe the worst. The Philadelphia Inquirer reports that the OCA is cooperating with law enforcement in a criminal investigation.

Of greater significance in the wider scheme of things, the synod is at some pains to deny that culture war politics played any role in its decision.

Some argue that the resignation had to do with moral or political views publicly expressed by Metropolitan Jonah that conflicted with the views of others in the Church, the so-called “culture wars.” Such views have never been a point of contention in Holy Synod or Metropolitan Council meetings. These issues were discussed, and statements and actions of the Holy Synod have demonstrated their unchanging position on traditional Orthodox views of morality. This speculation as to other motives behind the resignation is simply not true; the reasons for the resignation are detailed in this message.

I'd say this statement needs to be parsed carefully, and swallowed with a grain of salt. As my colleague Andrew Walsh shows in his detailed account of the Jonah affair through the early part of this year, some of Jonah's most controversial administrative efforts were made precisely to engage the OCA in the ideological struggle, including his breaking of ties with the Episcopal Church and his push to relocate church headquarters from Long Island to Washington.

So while Jonah's views per se may not have been a point of contention, his maneuverng of the OCA to advance those views seem to have been.