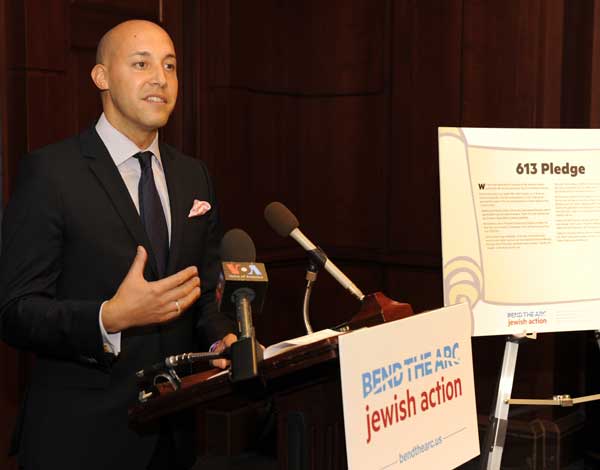 WASHINGTON (RNS) Bend the Arc, a liberal Jewish group that has advocated for social justice causes for more than 30 years, last week (July 18) launched a lobbying arm and political action committee to give it more weight on Capitol Hill and across the nation.

The move is unusual, if not unique. There seem to be no other Jewish groups with a broad agenda that have such lobbying tools at their disposal, said Rabbi David Saperstein, who heads the Religious Action Center of Reform Judaism. “I think it will give a kind of political energy to their work and allow for a more robust presence on the Hill,” said Saperstein, a Bend the Arc board member.

The PAC plans to register within the next several weeks, and then will begin raising money for several campaigns designed for high impact.  Among them is a plan to target the 10 wealthiest members of Congress who oppose raising taxes on the very rich. Volunteers will travel to their districts and “draw attention to the hypocrisy of the nation’s richest members who are demanding more sacrifices from the middle class while protecting themselves from contributing their fair share,” said van Capelle. 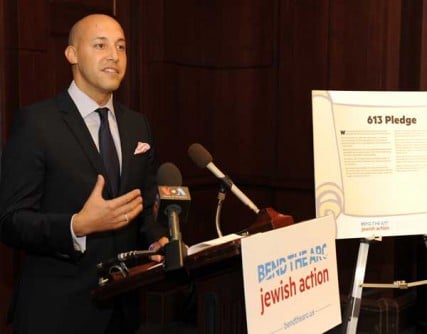 Bend the Arc Jewish Action is also collecting pledges from wealthy American Jews who support rolling back the Bush era tax breaks for Americans earning more than $250,000 annually.  The goal is 613 pledges, the same number as there are commandments in the Torah.

“Bend the Arc” refers to a quote by the Rev. Martin Luther King Jr.: “The arc of the moral universe is long but it bends toward justice.”