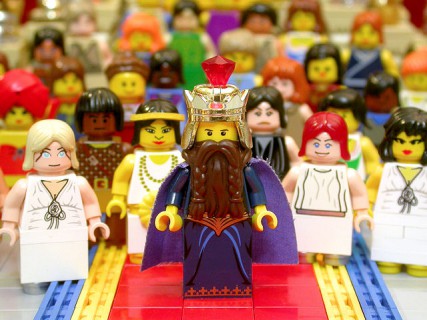 All eyes are on Wisconsin this morning after a deadly shooting rampage at a Sikh temple that left six people dead, as well as newly identified shooter Wade Michael Page. Sources tell CNN that Page is thought to be a white supremacist, and temple members say they'd never seen him before. Unnamed sources told ABC he's a “skinhead.”

U.S. nuns who will gather this week to respond to a Vatican crackdown told the archbishop tasked with reform that he'd do better to stay home, saying his presence in St. Louis would not be “helpful.” The Seattle Times profiles the archbishop in question, Peter Sartain.

Those charming folks at Westboro Baptist Church say they won't be deterred by a new law that restricts their protests before, after and during military funerals. They're nothing if not persistent.

Speaking of Westboro, Fred Phelps called the Sikh shooting in Wisconsin the “beautiful work of any angry God.”

Missouri will vote tomorrow on a constitutional amendment that supporters say will “protect” Christians' rights to pray in public. Critics call it a “jobs bill for lawyers.”

If you're reading this on your iPhone or Facebook, chances are you're also not tweeting in church or a follower of Joel Osteen.

A course on business ethics sponsored by the Jewish Chabad movement is proving pretty popular — including with more than a few goyim.

Something we didn't know: Alaska was proposed as a refuge for Jews during the Holocaust (the idea was nixed by FDR) but the 6,000 or so “frozen chosen” Jews in Alaska say they're quite at home, thank you very much.

And something we really didn't know: concubines are still a focus of debate (and perhaps approval?) in some Jewish circles. (That's Solomon and his harem, above, sort of)

All that talk about Spain's economic crisis? Fuhgeddaboudit, as Hasidic Jews in Brooklyn are helping to keep one hat factory in Seville in business.

A Catholic bishop in Scotland says that if the government really wants to ensure “equality” by legalizing gay marriage, then “why does that equality not extend to nieces who genuinely, truly love their uncles?”

Tunisian blogger Sofiane Shurabi was arrested for drinking in public during Ramadan; Shurabi was a prominent online critic during the opening days of the Arab Spring revolutions that led to the downfall of former Tunisian strongman Ben Ali.

Norway's watchdog for children's rights wants Jewish and Muslim parents to not circumcise their newborn sons and replace the ritual with something, um, less surgical.