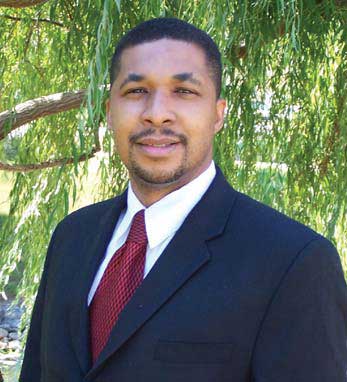 (RNS) A professor who was fired in July by the Interdenominational Theological Center says the Atlanta consortium of black seminaries discriminated against his conservative Christian views. 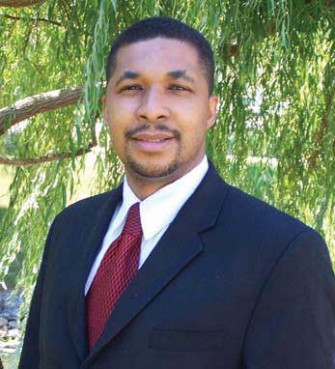 The Rev. Jamal-Dominique Hopkins, an African-American expert on the Dead Sea Scrolls, filed a complaint with the Equal Employment Opportunity Commission in July. He accused ITC administrators of harassment that included “disagreeing with my conservative religious ideals, intimidating me, slandering my character, giving me poor evaluations, and changing student grades from failing to passing with no merit.’’

Hopkins, 42, told Religion News Service that tensions arose after a speaker from InterVarsity Christian Fellowship addressed an informal session he organized in February. During the session, attendees were offered a book that declared homosexuality was a sin.

He said his department chair, the Rev. Margaret Aymer, questioned the distribution of the book and threatened his job.

“It was primarily the book that created an issue,” said Hopkins, a former associate professor of New Testament.

Christal Cherry, an associate vice president at ITC, said neither ITC President Ronald Peters nor Aymer were available for comment. However, she provided the school’s Aug. 8 response to an inquiry by the American Association of University Professors.

“The reality is that the non-renewal of Dr. Hopkins’ contract had nothing to do with academic freedom or any efforts to infringe thereon,’’ Peters wrote. He added that Hopkins’ claims are “disappointing remarks of a disgruntled former employee and are a misrepresentation of fact.”

Hopkins provided RNS with grade sheets, with redacted student names, that show several grades changed from his original marking, including one that was altered from an F to an A-.

“It says to a student that you don’t have to respect that professor; you can go to the department head or the provost and change the grade,” said Hopkins.

Hopkins was hired in 2008 and was promoted to associate professor in February. A board member of the National Black Evangelical Association, he founded and directs the J.D. Institute, described on its website as taking “an ecumenical approach to Evangelical Christian thought, life and practice.”

ITC, which is known especially for its training of African-American clergy, had about 400 students enrolled during the 2011-12 year, Cherry said.

Joe C. Hopkins, Hopkins’ father and a California-based lawyer, is representing his son and said a suit could be filed if negotiations cannot resolve the case.

“This is retaliation for standing up for his rights, bottom line,” Joe Hopkins said.