In his new book, “Nonbeliever Nation: The Rise of Secular Americans,” David Niose charts the development and growth of the religious right, tackles the “War on Christmas” as a manufactured controversy, and explains why George W. Bush’s election was the best thing to happen to the secular movement.

(RNS) David Niose is president of the American Humanist Association and vice president of the Secular Coalition for America, a group that lobbies on behalf of nontheist and secular Americans. In his new book, “Nonbeliever Nation: The Rise of Secular Americans,” he charts the development and growth of the religious right and what he sees as the increasingly organized response from Americans who are committed to the separation of church and state.

Q: You write about the 1912 presidential election as one in which all four candidates were sympathetic to evolution, science and religious skepticism. Today, a presidential candidate favors evolution at his or her peril. What’s changed?

A: What has changed is the environment of politics, particularly the level of political discourse. Thanks to the rise of the religious right, many candidates today actually emphasize their anti-intellectualism as a selling point to voters. Conservative Christians have always been part of the voter pool, of course, but only in recent decades have they been organizing and flexing their muscle as a voting bloc. Many candidates get mileage by pandering to conservative religion, by openly rejecting science and emphasizing their biblical literalist views.

Q: You write the election of President George W. Bush in 2000 was “the best thing that ever happened for organized secularism in America.” Can you explain that?

A: Up to that point, many seculars thought that the religious right was just a passing phase, that surely fundamentalist Christianity would not remain a potent political force for very long. When Bush entered the White House, however, millions of Americans were shocked to see a proud anti-intellectual leading the free world and holding regular policy meetings with fundamentalist leaders.

At that point, many good Americans who happened to be personally secular — atheists, agnostics, humanists, or just plain nonreligious — started seeing their secularity as something that distinguished them from the anti-intellectual forces that had risen to power. As a result, organized secular groups began seeing an influx of new members and an increase in activity. 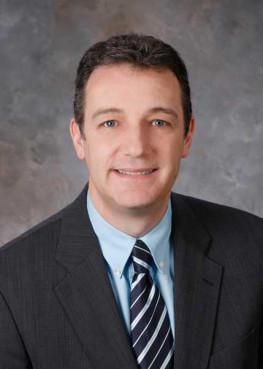 In his new book, “Nonbeliever Nation: The Rise of Secular Americans,” David Niose charts the development and growth of the religious right, tackles the “War on Christmas” as a manufactured controversy, and explains why George W. Bush’s election was the best thing to happen to the secular movement.

Q: You describe the “War on Christmas” as manufactured by the religious right to illustrate their belief that Christianity is “under attack.” Yet many people feel the annual Christmas complaints from nontheists are similarly manufactured to show a sense of persecution. Can you make an argument that the annual battles over public religious expressions during the December holidays is “good” for the secular community?

A: First of all, I think “persecuted” is a very strong word, and I don’t know many seculars who describe themselves that way. Marginalized, ignored, and perhaps misunderstood, but not persecuted.

That point aside, if atheists and humanists make legitimate complaints about church-state violations, it seems rather cynical to suggest that those legitimate complaints are “manufactured.” Government should not be in the business of promoting religion — period. Also, keep in mind that the so-called “War on Christmas” often involves no actions at all from the secular community. The religious right will complain if a store says “Happy Holidays” instead of “Merry Christmas.” It’s hard to blame the secular community for such silliness.

A: Obama has many faults, and it is especially noteworthy that he has not only continued funding faith-based charities, but he’s even broken his 2008 campaign promise to stop employment discrimination by religious groups receiving federal money. That said, it is noteworthy that he has on several occasions publicly acknowledged nonbelievers, and this validation, together with his administration conducting the first-ever policy briefing with secular groups in 2010, has won him points with many seculars.

Romney is a bit of a mystery. On one hand, he doesn’t exactly wrap himself in religion, but he is certainly willing to pander to the Christian fundamentalists who exert so much power in his party. His 2007 speech about his faith, for example, was filled with rhetoric that can be seen as a capitulation to the religious right. One can only speculate about the degree to which his policies and his judicial picks might reflect an attempt to appease religious fundamentalists.