(RNS) Two years after the Sept. 11 attacks, Timothy O'Leary sat in an audience of 2,000 New Yorkers listening to the Brooklyn Philharmonic perform a concert about terrorism — the 1985 murder of an American tourist by members of the Palestine Liberation Front on a Mediterranean cruise ship. It was one of the most powerful moments he'd ever had in a theater. 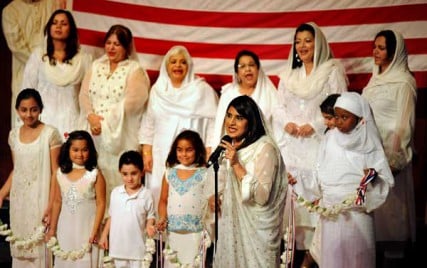 Members of the Islamic Foundation of Greater St. Louis perform during the Second Annual September 11th Interfaith Memorial in Music at The Sheldon Concert Hall in St. Louis Sunday Sept. 9, 2012. The event, which brought together performers from Christian, Jewish, Muslim, Hindu and Sikh traditions, will be broadcast on HEC-TV on Sept. 11, 17 and 22.

Terrorism stories are rarely happy stories, and yet the path O'Leary has taken — from bringing the controversial opera “The Death of Klinghoffer” to St. Louis last year to a Sept. 11 memorial concert Sunday (Sept. 9) — ends with a hopeful, permanent pairing of faith and the arts in St. Louis.

Theatre Royale de la Monnaie in Brussels was the first to stage composer John Adams' “The Death of Klinghoffer” in March 1991. Barely five years earlier, terrorists had hijacked an Italian cruise ship, the Achille Lauro, and murdered Klinghoffer, a 69-year-old disabled Jewish New Yorker celebrating his wedding anniversary. The four hijackers shot Klinghoffer and dumped him overboard in his wheelchair.

After the Brussels performance, and another in New York, opera companies began canceling performances. Jewish groups and some critics said by giving the terrorists a voice, “Klinghoffer” offered them sympathy. The Klinghoffers' daughters called the opera “appalling” and “anti-Semitic.”

When O'Leary, general director of the Opera Theater of St. Louis, decided to bring “Klinghoffer” to town, the full opera hadn't been staged in the United States in 20 years. Mindful of the controversies, O'Leary asked Batya Abramson-Goldstein, executive director of the Jewish Community Relations Council,  to lunch in March 2010, more than a year before performances would begin. 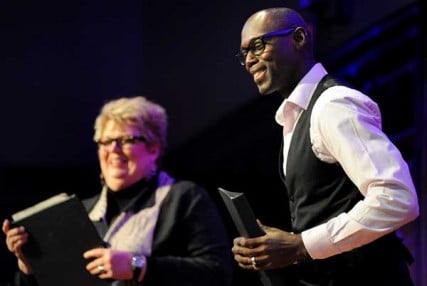 Christine Brewer (left) and Brian Owens, accompanied by Peter Martin (not pictured), accept applause following the performance during the Second Annual September 11th Interfaith Memorial in Music at The Sheldon Concert Hall in St. Louis Sunday Sept. 9, 2012. The event, which brought together performers from Christian, Jewish, Muslim, Hindu and Sikh traditions, will be broadcast on HEC-TV on Sept. 11, 17 and 22.

Abramson-Goldstein said O'Leary's decision to involve the faith community in the educational discussions preceding “Klinghoffer” made “something that could have been a very divisive experience into something very different.”

With the help of lectures, reader guides and panel discussions, the Opera Theatre of St. Louis' staging of “Klinghoffer” was peaceful and critically praised. The interfaith activity was even mentioned in a New York Times' review of the opera.

“To many people in the Jewish community ('Klinghoffer') was a very unfair and offensive piece to put on,” said Carolyn Losos, a board member of the JCRC's Newmark Institute for Human Relations, which took a lead role in the educational campaign. “But what was wonderful was that it caused a lot of talk. People were talking about the opera — whether or not they liked it.”

In June 2011, as the curtain came up on “Klinghoffer,” Abramson-Goldstein approached O'Leary with another idea. The interfaith community wanted to recognize the 10th anniversary of the Sept. 11 attacks. She wondered if he would help.

“Because of the experience I had just had — the realization of the power of music and the ability of art and faith to bring people together — I thought, 'Let's make this a musical program,'” Abramson-Goldstein said.

O'Leary was itching to help, he said. The feeling of national unity that washed across the country in the wake of the attacks had disappeared over the last decade, he said, and religious intolerance seemed to be increasing by the day.

“I was just a citizen of the United States, wishing there was something I could do to be a part of the solution,” O'Leary said. “And I was handed this opportunity to do something that I already do — put on a concert.”

Within just three months, professional musicians, such as world-renowned soprano Christine Brewer and the St. Louis Chamber Chorus, shared the stage with amateurs performing religious music: a choir of women and children from the Daar-ul-Islam mosque, a cantor from United Hebrew Congregation, a chanter from the Hindu Temple of St. Louis. 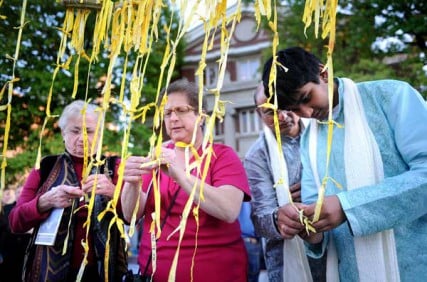 Performers and audience members join in attaching ribbons, some with thoughts and prayers written on them, to a peace weaving installation on Washington Boulevard after the Second Annual September 11th Interfaith Memorial in Music at The Sheldon Concert Hall in St. Louis Sunday Sept. 9, 2012. The event, which brought together performers from Christian, Jewish, Muslim, Hindu and Sikh traditions, will be broadcast on HEC-TV on Sept. 11, 17 and 22.

Leigh Greenhaw, president of the Interfaith Partnership/Faith Beyond Walls board, which helped organize the concert, said the event was unique in bringing together “very diverse religious and political communities.”

“There was a deliberate attempt to find time for an expression of sorrow, but also to unify in celebration of religious diversity over and against the repeated presence of religious and ethnic hatred,” Greenhaw said.

The decision was made to repeat the concert, and later to make it an annual event to remember those killed on Sept. 11, celebrate religious diversity and promote national unity.

“To me, the most important word in the whole thing is respect,” Losos said. “Can you respect people different than you are.” 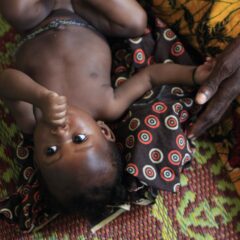 Religion Hub
What does it mean to be a ‘person’? Different cultures have different answers
Follow us on Facebook!
Submit your photos to RNS