LONDON (RNS) As Britain awaits the appointment of the next archbishop of Canterbury to lead both the Church of England and the far-flung Anglican Communion, there's renewed attention on the woman who officially gets the final say: Queen Elizabeth II, the “Defender of the Faith.”

The current archbishop, Rowan Williams, ends his 10-year tenure in December. A Church of England committee is sifting through candidates — two of whom will be submitted to Prime Minister David Cameron, whose top choice will be submitted to the queen for final approval. 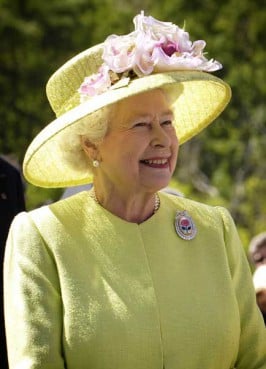 When he announced his retirement last March, Williams, 62, famously said his successor will need “the constitution of an ox and the skin of a rhinoceros.”

Politicians and religious leaders say the next archbishop will need those qualities and more to handle deep divisions in the British church over female bishops and North/South divisions among his 77 million-member global flock over sexuality.

But he'll also need something else: the ability to envision life when Elizabeth — who turns 87 next year — is no longer on the throne, and when Britain is no longer a Christian-majority country.

At her coronation in 1953, Elizabeth swore to “uphold the laws of God and the true profession of the Gospel, maintain the Protestant reformed religion established by law and reserve the settlement of the Church of England.”

Her son and heir apparent, Prince Charles, has said he's planning a symbolic change if and when he becomes king by taking the title “Defender of Faith” or “Defender of the Faiths” to reflect Britain’s multicultural and multifaith society.

That change would mean Charles would be the first monarch to not be the standard-bearer for Protestantism for the first time since Henry VIII famously broke from Rome to start his own church.

Britons may be on Charles' side: A recent BBC poll found that 73 percent favor Elizabeth remaining “Supreme Governor,” but about 50 percent would favor Charles' idea for a title change to Defender of Faith.

The royal title “Fidei defensor,” usually translated “Defender of the Faith,” was bestowed by Pope Leo X on Henry VIII in 1521 in recognition of the king’s defense of Roman Catholic teaching against the Protestant ideas of Martin Luther.

But after Henry VIII broke with Rome and attacked the pope, the title was later revoked. Henry was excommunicated, but the title was bestowed again on Henry’s only son, Edward IV, by Parliament in 1544.

Charles caused considerable controversy in 1994 when he first floated the idea in his attempt to embrace the other religions that have become more visible since his mother came to the throne in 1952.

“The Queen came to the throne at a time when the Church of England was really the only Christian faith in the country,” former Archbishop of Canterbury George Carey said in a 2006 television interview.

“And there were no Muslims, Sikhs, Hindus around to be in any way evident in the life of the country,” he said. “Now it’s a completely different world. Prince Charles put his finger on it and there’s no way in which the sovereign can be the defender of one faith.”

A recent study conducted by the British Parliament showed the number of Christians in Britain has dropped 8 percent, to 69 percent, since 2004. The number of nonbelievers, meanwhile, jumped 49 percent over the same period.

At the same time, England's Hindu population rose by 43 percent, and Buddhists by 74 percent.

Vernon Bogdanor, a leading constitutionalist who teaches at Oxford University, said society has changed, and perhaps titles should, too.

“In 1952,” he said recently, ”when the queen came to the throne, it was very much an Anglican society. The Prince of Wales will become head of a nation which is multi-denominational.”

Williams, however, isn't so sure.

“Unless something really radical happens with the constitution, he is (like it or not) Defender of the Faith and he has a relationship with the Christian Church of a kind which he does not have with other communities,” Williams declared in 2003.

More recently, Bishop Alan Smith of Saint Albans in southern England told the BBC that he wasn't entirely sure what was going through Charles' mind.

“If you want to start having some general faith position, how does he fulfill that?” he asked. “After all he, as is his mother, is a practicing Christian.”

Leaders of minority faiths in Britain, meanwhile, said they would welcome the change.

“It’s all rather different from 1953, isn’t it?” said Jonathan Romain, a leading member of the Jewish Reform movement in the U.K. “At the next coronation there’ll almost certainly be representatives from all the major faiths in the U.K. The next coronation will be the time to revise all of this and acknowledge the fast changing nature of British society.”

“The first thing we need to do is define 'faith' and then ask how you are going to set about defending faith without interfering in free speech,” he said.