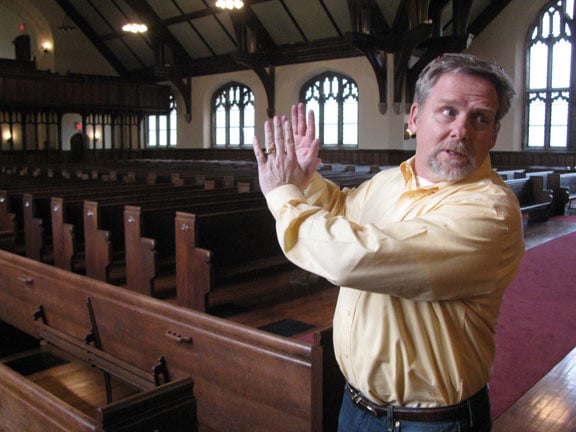 (RNS) Five weeks after accepting a free, 217-acre campus in western Massachusetts, a for-profit Christian university has walked away from the gift.

Grand Canyon University of Phoenix, Ariz. faced millions in unanticipated costs as it moved to open its first East Coast campus in Northfield, Mass., according to GCU President Brian Mueller. So rather than complete a property transfer from the billionaire Green family of Oklahoma, GCU decided to dissolve the deal. 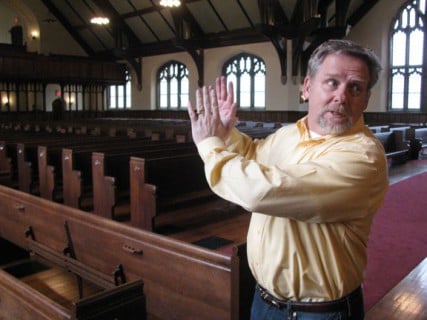 “We were willing to make a $150 million investment, but we really had trouble with the city of Northfield,” Mueller said. “Northfield was concerned that growing the campus to 5,000 students would alter the basic culture and the basic feel of the area.”

The surprise development marks the second time in less than a year that plans to give away the free, newly renovated campus have collapsed.

The Greens, who bought the property in 2009 with plans to give it to a Christian institution, initially offered it to the C.S. Lewis Foundation to launch a C.S. Lewis College on the site. But fundraising efforts for the college fell short last year. In January, the Greens began soliciting new proposals, and in September named GCU the recipient.

The other finalist to receive the campus was the Southern Baptist Convention's North American Mission Board, which later withdrew.

But GCU got little local cooperation, Mueller said. Not only would the town not help cover $30 million in sewer and road upgrades, but it also reportedly called on GCU to conduct an environmental impact study at the university’s expense.

“We were ending up having to cover the burden of all of that,” Mueller said. “It started to get overwhelming.”

As the Greens prepare to reopen the gifting process, the prospect of local opposition looms. Some residents protested earlier this year when Jerry Falwell’s Liberty University emerged as a top contender.

“One thing that is anathema to any quick resolution is if there is another outcry locally in Northfield when the selection process begins anew,” said an e-mail from Jerry Pattengale, a college administrator who’s overseeing the gifting process for the Greens, who own the Hobby Lobby arts and crafts chain.

“While most communities nationwide are offering amazing abatements and have teams that roll out the red carpets for new businesses … many in Northfield basically shut doors or tried to.”

Formerly owned by Northfield Mount Hermon School, the 43-building campus carries symbolic importance for evangelicals since it was established in 1879 by famed evangelist Dwight L. Moody. Several Christian organizations remain interested in the campus, Pattengale said. Selecting a new recipient is expected to take at least a year.

Hobby Lobby President Steve Green said the family was "disheartened" by GCU's decision, but finds it "understandable" in light of the unforeseen hurdles. "Many groups have expressed an interest in the campus," Green said. "We will begin a new search soon."