(RNS) It’s been debated for more than a decade, covered with a wooden box and stolen.

But on Veterans Day, a controversial war memorial cross will be re-erected and rededicated on a rock in California’s Mojave National Preserve. 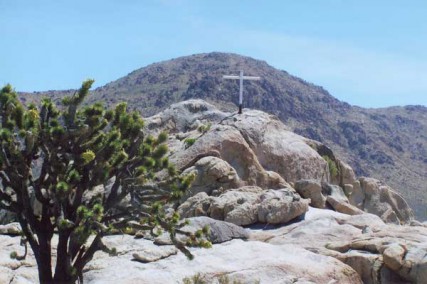 This war memorial cross has been the center of a legal battle for more than a decade and will be re-erected within California’s Mojave National Preserve on Veterans Day but it will be located on private land.

The cross will be placed on a one-acre parcel of private property within the government-owned preserve thanks to a 2010 Supreme Court decision that upheld the congressionally approved transfer to private land. In recent years, more legal wrangling occurred on the local level, where a court reviewed the transfer.

“When this all first happened, I prayed and asked God to protect the cross,” said Wanda Sandoz, a caretaker of the cross, in a statement to Religion News Service. “I wish I hadn’t worried so much, but just left it in God’s hands. Now I know that He was always in control.”

She and her husband, Henry, took care of the cross at the request of a veteran friend who died in 1984. The Veterans of Foreign Wars, represented by the Texas-based Liberty Institute, was among the groups that fought for the cross in court. The case started in 2001 when Frank Buono, a former assistant superintendent of the preserve, sued because the National Park Service permitted the cross on its land but rejected a Buddhist shrine.

Peter Eliasberg, legal director of the American Civil Liberties Union of Southern California, which represented Buono, said his legal group remains concerned that a cross has been designated as a national memorial to honor World War I veterans of all faiths. But a settlement removes the cross – first erected in 1934 – from government property.

“The government has agreed that the property will be clearly delineated as private property,” he said. “There will be fencing around it and signs up to show that it is not government-owned.” 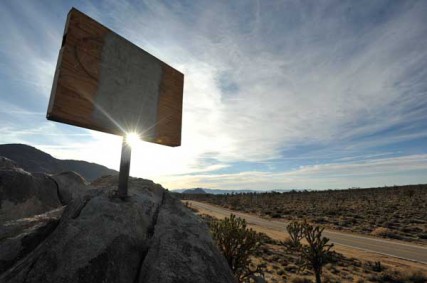 This war memorial cross has been the center of a legal battle for more than a decade and will be re-erected within California’s Mojave National Preserve on Veterans Day but it will be located on private land.

When the cross was in dispute, it was at times covered with a bag or a wooden box.  After the Supreme Court decision, it was stolen. On Nov. 11, a 7-foot, white cross made from steel pipe will be erected to replace the previous one.

“VFW is most pleased that the issue over the cross with the ACLU is now closed, that the property is transferred to the VFW, and we can rededicate a replacement cross at Sunrise Rock,” said James R. Rowoldt, an official of the VFW Department of California, in a statement.