(RNS) In some circles, being an atheist is a strike against you. But at the online site OkCupid, it might just help you get a date.

In 2009, the site’s founders analyzed responses from more than 500,000 users and discovered that including the word “atheist” in a first message to another user was more likely to garner a reply than any other religious descriptor except Christian.

“Mentioning your religion helps you, but, paradoxically, it helps you most if you have no religion,” co-founder Christian Rudder wrote on the site’s blog at that time. “We know that’s going to piss a lot of people off, and we’re more or less tongue-in-cheek with this advice, but it’s what the numbers say.” 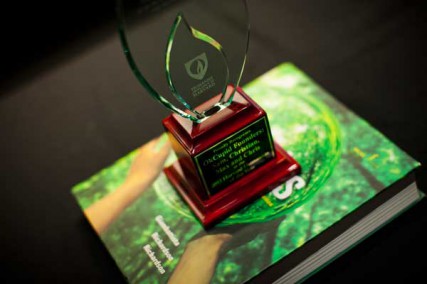 The Harvard Humanist Community recognizes the online dating website OKCupid, represented by founder Maxwell Krohn, during an event at the Harvard University Science Center on Nov. 4 2012 in Cambridge, Ma.

“Humanism is a philosophy of life that is focused on building a better world for all human beings” without belief in any gods, said Greg Epstein, Harvard’s humanist chaplain.

“That is the value we were putting our finger on with these guys,” he said. “I don’t think there has ever been a place with a mixed environment of people from religious and nonreligious backgrounds where it is more comfortable and respected to be an atheist, an agnostic or a humanist.” 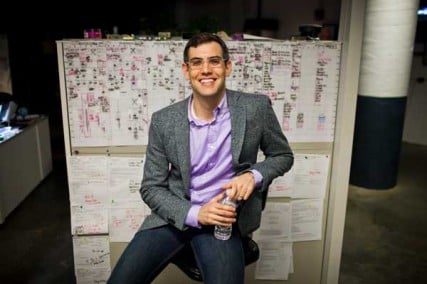 OkCupid was founded by Rudder, Sam Yagan, Chris Coyne and Max Krohn. In the 1990s, while still Harvard math majors, they created SparkNotes, a series of study guides that was eventually sold to Barnes and Noble. The four launched OkCupid in 2003, and the site has since attracted more than 10 million users.

Three of the founders describe themselves as nonbelievers in their onsite profiles. Krohn, the corporate technical officer, says if OkCupid has become a popular space for atheists and a beacon of humanist values, it's a happy by-product.

“The site is an attempt to apply the scientific method to matching people up,” he said from the company’s Manhattan office before traveling to Boston to pick up the award on Nov. 4. “We are not secret about our algorithm — all the details are on display on the site. This is the idea of open inquiry and scientific understanding. And if people have suggestions, we want to take those ideas and incorporate them to make the project better.”

Another humanist value the site embodies, Krohn said, is an absence of judgment — same sex couples, the polyamorous, and those seeking lifelong partners and quick hook-ups are all welcome.

And he sees his own humanist values reflected in the site’s encouragement that it users dig deeper by asking more questions about themselves and their potential matches.

“We ask people to ask, ‘Can I become a better person as I go about dating?’” he said.

OkCupid has plenty of company in the online dating world, with thousands of free and pay-for-play sites, many of them tailored to specific religious groups, like Christian Mingle, Muslima (Muslim) and JDate (Jewish).

But OkCupid is the only free service that assists nonbelievers with specific advice, statistics and tests. Last December, self-identified atheist users were sent “12 Days of Atheist Matches” and current members can take an “atheist test” to find those with similar levels of nonbelief. The site's “Darwin Test” looks to match those with similar attitudes about evolution (sample question: Are most people a) good? b) evil?). 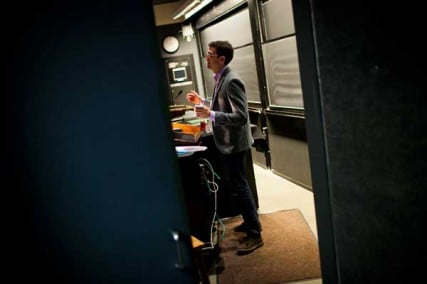 OKCupid founder Maxwell Krohn speaks before the Harvard Humanist Community, which recognized the online dating website OKCupid during an event at the Harvard University Science Center on Nov. 4 2012 in Cambridge, Ma.

Hemant Mehta, author of “I Sold My Soul on eBay,” trumpeted the Harvard award to OkCupid, which he has used himself, on his Friendly Atheist blog. “For whatever reason, atheists flocked to that site in a way I'm not used to seeing anywhere else,” he said in an interview. “It's anecdotal, but I never really met ‘nice atheist girls’ on other sites. I found a ton at OkCupid.”

“I think it is the best dating site out there, simply because they don't go to great lengths to pretend that everyone fits the same mold,” he wrote on Friendly Atheist when the award was announced.

“Atheists and LGBT and polyamorous people are just as welcome as Christians (and) Jews.” Martini Judaism
What was the legacy of Woodstock?