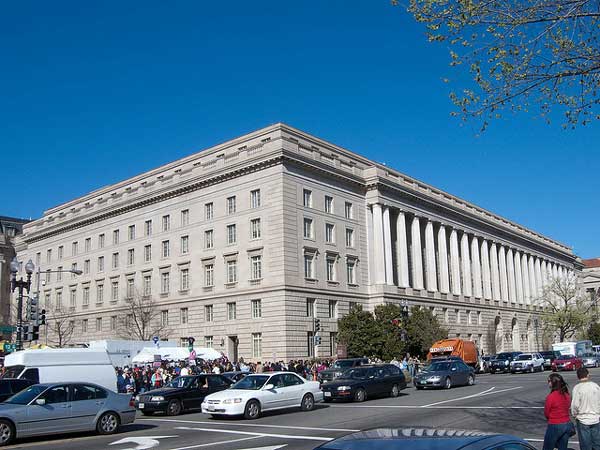 (RNS) A First Amendment watchdog group is suing the Internal Revenue Service for failing to challenge the tax-exempt status of churches whose pastors engage in partisan politicking from the pulpit.

The Freedom From Religion Foundation, which advocates total separation of church and state, filed the lawsuit Wednesday (Nov. 14) in U.S. District Court in Western Wisconsin, where the 19,000-member organization is based.

The lawsuit claims that as many as 1,500 pastors engaged in “Pulpit Freedom Sunday” on Sunday, Oct. 7, when pastors endorsed one or more candidates, which is a violation of IRS rules for non-profit organizations. 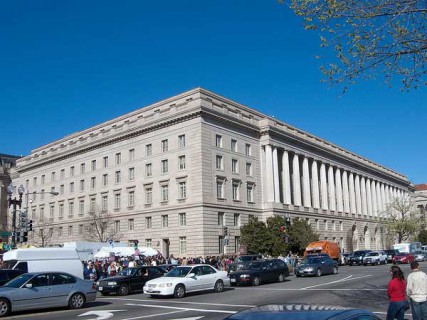 Internal Revenue Service headquarters building in Washington, D.C. *Note: Due to copyright laws, RNS can not offer the downloadable version of this image. To download, please go to the link above.

IRS rules state that organizations classified as 501 (c) (3) non-profits -- a tax-exempt status most churches and other religious institutions claim -- cannot participate or intervene in “any political campaign on behalf of (or in opposition to) any political candidate.”

Though the regulation has been in place since 1954, a federal court ruled in 2009 that the IRS no longer had the appropriate staff to investigate places of worship after a reorganization changed who in the agency had the authority to launch investigations.

IRS rules do allow for some nonpartisan activity by religious institutions, including organizing members to vote and speaking out on issues. But endorsing or supporting specific candidates could jeopardize their tax-exempt status.

But a recent Associated Press story reported that the IRS has not challenged any religious organizations on charges of electioneering in the past three years. An IRS spokesperson told the AP that it was “holding any potential church audits in abeyance” until rules on electioneering could be “finalized.”

The lawsuit also challenges the legality of several full-page newspaper advertisements paid for by the Billy Graham Evangelistic Association, another 501 (c) (3), that exhorted voters to vote along “biblical principles.” The ads ran after Graham met with Republican presidential candidate Mitt Romney and promised to do “all I can” to support his campaign.

FFRF has filed 27 complaints about church electioneering with the IRS this year, including:

-- Roman Catholic Bishop David Ricken of Green Bay, Wis., who wrote an appeal on diocesan letterhead inserted in parish bulletins warning voters that they could “put their own soul in jeopardy” if they voted for a party or candidate that supports same-sex marriage or abortion rights.

-- Roman Catholic Bishop Daniel Jenky of Peoria, Ill., who criticized President Obama in a homily and then exhorted parishioners that “every practicing Catholic must vote, and must vote their Catholic consciences.”

-- Roman Catholic Bishop Robert Morlino, who, in an article appearing in the local diocesan newspaper, wrote of “non-negotiable” political issues, and that “No Catholic may, in good conscience, vote for ‘pro-choice’ candidates (or) ... for candidates who promote ‘same-sex marriage.’”

A similar complaint against the U.S. Conference of Catholic Bishops for the electioneering of its members was filed by the Washington-based Citizens for Responsibility and Ethics in Washington.