VATICAN CITY (RNS) Just in time for Christmas, the Vatican on Tuesday (Nov. 20) unveiled a new book by Pope Benedict XVI focused on Jesus' birth and childhood, the final installment of his trilogy on the life of Jesus. The stained-glass nativity scene at New York Avenue Presbyterian Church in Washington shows the infant Jesus in a manger. Scholars point to Jesus’ birth in such humble surroundings as evidence of divine humility. Religion News Service photo by David Jolkovski.

“Jesus of Nazareth: The Infancy Narratives,” will hit bookstores in 50 countries with an initial print run of 1 million copies. The book has already been translated in nine languages, while 11 more are planned.

With this final installment in his “Jesus of Nazareth” series, Benedict completes a project he had conceived when he was still Cardinal Joseph Ratzinger.

According to the Vatican's chief spokesman, the Rev. Federico Lombardi, after being elected pope in 2005 Benedict has been working on it in “every free minute” of his spare time.

Drawing on the work of other scholars, most of them fellow Germans, Benedict uses the new book to tackle some of the most controversial themes of Christian tradition.

On Mary's virgin conception of Jesus, Benedict says the answer to the question of whether this is a “historical truth,” rather than a “myth,” should be an “unequivocal yes.”

Jesus' virgin birth and his resurrection from the dead, he writes, are the two moments in the Gospels when “God intervenes directly into the material world.”

“This is a scandal for the modern spirit,” Benedict notes, since in today's world God is “allowed to operate on thought and ideas but not on matter.” But for just this reason, he adds, Mary's virginity is a “test” and a “fundamental element” of the Christian faith. 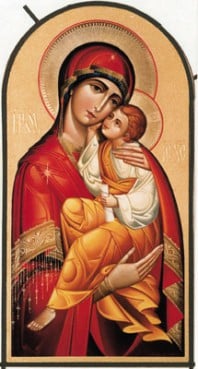 The Gospels are mostly silent on the period between Jesus' birth, his presentation in the Temple at age 12 and the debut of his public ministry at around age 30. Most accounts of Jesus' childhood — striking another child dead, giving life to clay pigeons — come from ancient texts that were never accepted as Christian scripture.

In his book, Benedict sidesteps the extrabiblical legends and focuses solely on what's contained in the Gospel accounts of the New Testament.

The three wise men from the Christmas story, Benedict concedes, could be inspired by a “theological idea” rather than by a “historical event,” though he says he prefers a more literal interpretation of the biblical account.

The star of Bethlehem, he notes, has been convincingly identified with a major planetary conjunction that took place in the years 7-6 B.C.

Benedict also recalls that, according to the Gospels, there are no animals in the Bethlehem stable to warm the newborn Jesus. But, he adds, no Nativity scene would be complete without them.

Benedict remains convinced that the Gospel narrative of Jesus' birth and infancy is not just a symbolical account or mere “meditation.”

Matthew and Luke, he stresses, “didn't want to write 'stories' but history, a real history, even if interpreted and understood” through the lens of the faith.