(RNS) As the assistant humanist chaplain at Harvard University, Chris Stedman coordinates its “Values in Action” program. In his recent book, “Faitheist: How an Atheist Found Common Ground with the Religious,” he tells how he went from a closeted gay evangelical Christian to an “out” atheist, and, eventually, a Humanist. 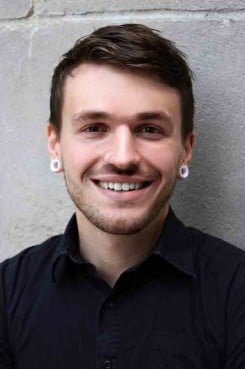 Chris Stedman is the assistant humanist chaplain at Harvard University and author of the new book, “Faitheist: How an Atheist Found Common Ground with the Religious.”

On the blog NonProphet Status, and now in the book, Stedman calls for atheists and the religious to come together around interfaith work. It is a position that has earned him both strident — even violent — condemnation and high praise. Stedman talked with RNS about how and why the religious and atheists should work together.

Q: What does the term “faitheist” mean? Is it a positive label or a derisive one?

A: It's one of several words used by some atheists to describe other atheists who are seen as too accommodating of religion. But to me, being a faitheist means that I prioritize the pursuit of common ground, and that I’m willing to put “faith” in the idea that religious believers and atheists can and should focus on areas of agreement and work in broad coalitions to advance social justice.

Some people have suggested I think atheists shouldn’t critique harmful religious beliefs, but that couldn’t be further from the truth. I do, however, think that atheists should be responsible, fair, accurate, and specific when offering robust criticisms of religious dogmas — and that we should focus more energy on working with the religious on identifying shared values and acting to advance common goals than we currently do.

Q: You are both an atheist and a humanist. What’s the difference?

A: I am an atheist because I do not believe in any gods, but Humanism speaks to my values. It’s descriptive of what I do believe. Humanism is my philosophy.

I believe that humans have the capacity, and the responsibility, to work together in solving our own problems. I value reason and critical thinking in the service of compassion. And I find that participating in the Humanist community and considering Humanist ethics help me to express — and act upon — my highest principles and greatest aspirations.

Q: You write that the atheist community is often defined by the “New Atheists” and their aggressive stance against religion. Isn’t the term atheist a negative by definition?

A: When I first became active in the atheist movement, I was taken aback by the degree of hostility I saw directed toward religion and, in many cases, religious believers. It has often felt to me that atheism and anti-theism are treated as synonyms by many segments of the atheist community, when they are in fact different.

This “face” of atheism estranges many atheists who do not agree with the strategies and positions put forth by some of the more visible atheists. I believe it is counterproductive, and often harmful, to assume that being an atheist means you should focus your activism on trying to bring about the end of religion. My top priorities as an atheist and a Humanist are promoting pluralism, education, and compassion; these are goals I share with many religious people, and they are things we can work on together.

Q: If atheists by definition don't have faith, why should they seek to be included in interfaith work?

A: Interfaith work seeks to humanize religious diversity and erode tribalistic divisions. It promotes religious literacy and freedom of expression and conscience, and if atheists don’t participate, we risk not being included in interfaith efforts’ vision for a pluralistic world. The term “interfaith” may be imperfect, but in my experience it does not exclude atheists — and when it does, that’s something we should work to change. 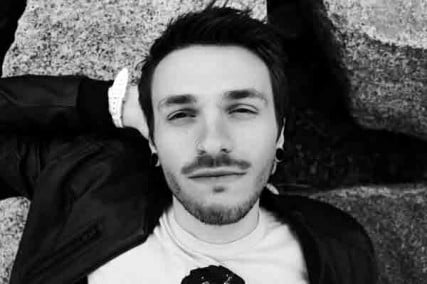 Chris Stedman is the assistant humanist chaplain at Harvard University and author of the new book, “Faitheist: How an Atheist Found Common Ground with the Religious.”

Q: You write that atheists and religious people need to find better ways of talking to each other. How? Why should they?

A: Storytelling is one good way to begin a conversation between atheists and the religious, which is why I wrote my book as a memoir. Stories humanize diversity for people who might feel that other communities are impossible to connect with — they invite people to empathize with people who have different beliefs and experiences.

Interfaith dialogue gets a bad rap as a project concerned with surface level “feel good” conversations, but it doesn’t have to be that way. When done well, interfaith work doesn’t deny the very real and important differences that exist between people of faith and the nonreligious — but it does concern itself with the pursuit of identifying shared values, instead of just focusing on the things that divide us. Atheists and religious believers often talk past one another, and interfaith work creates a space for different people to listen to one another.