(RNS) Most Americans say that employers — even religious ones — should provide birth control coverage to their employees, according to a survey released on Monday (Dec. 3). 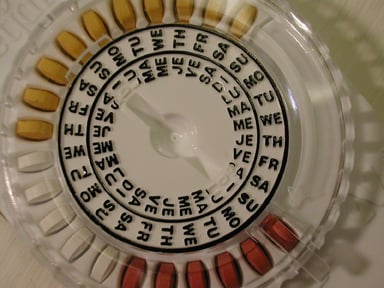 Most Americans believe employers — even religious ones — should provide contraception coverage for their employees, according to a new survey by LifeWay Research.

The poll by LifeWay Research also showed that almost two-thirds of Americans (63 percent) believe businesses should be required to provide the coverage for free, even if contraception conflicts with the owner’s religious ethics.

As part of the Affordable Care Act, the 2010 health care reform law, President Obama issued regulations that require most employers, including some religious ones like Catholic colleges and hospitals, to provide birth control coverage. The administration has said it may expand the policy to accommodate additional religious organizations.

In the meantime, however, dozens of Catholic dioceses, as well as Christian colleges and business owners who oppose contraception on moral or religious grounds, have sued to block the mandate from taking effect.

Most Americans, however, believe that businesses (63 percent), nonprofit organizations (56 percent) and even Catholic and other religious schools, hospitals and charities (53 percent) should provide free birth control coverage to employees.

Women are more likely than men to “strongly agree” that such coverage should be provided, LifeWay found.

“The American public appears unaware or unconcerned that some religious organizations and family businesses indicate fear of losing the freedom to practice their faith under the new healthcare regulations,” said Ed Stetzer, president of LifeWay Research, which is affiliated with the Southern Baptist Convention.

The online survey of 1,191 adult Americans was conducted Nov. 14-16, 2012. The sampling error is less than plus or minus 2.9 percentage points, according to LifeWay.

Signs of the Times
2020 has tested the heart and soul of America
News
Amid cries for church unity post-election, some Christians say ‘Not so fast’
Opinion
Amy Coney Barrett’s religion isn’t the problem. It’s her record.
News
Poll: White evangelicals are religious outliers on every issue of concern to voters
News
The ‘chai’ charm that keeps this secretary of health grounded in the value of life