(RNS) Nothing was tortured more in the making of Kathryn Bigelow’s film “Zero Dark Thirty” than the truth about torture.

While it’s just a movie, it runs the risk of becoming the basis for a false view of reality for millions of moviegoers who have largely ignored a decade of debate about the efficacy of the United States sanctioning torture.

To dismiss the movie as simple entertainment ignores the impact seeing it has on our perception of reality, even when we understand we are watching actors in a — mostly — pretend setting.

The fact that “Zero Dark Thirty” was nominated this week for an Academy Award for Best Picture only underscores the importance of understanding what it gets wrong about torture. 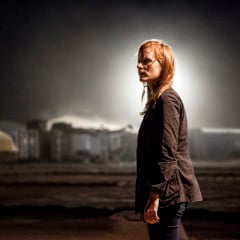 The movie shows detainees giving up information after being sleep-deprived, struck, and otherwise abused. Graphic scenes depict waterboarding and the use of stress positions.

It strongly implies that torture was the main technique used to interrogate detainees and that the information we gathered from detainees was obtained because of torture. This is contrary to the claims of former interrogators, nearly all of whom claim that humane techniques are more effective than torture — and, in fact, often argue that torture makes it harder to obtain reliable information.

This is Hollywood’s version of reality about torture. It is a false reality that does a disservice to our many effective interrogators who obtain critical intelligence through humane methods, as well as the public who deserve to know the truth about torture.

The Senate Intelligence Committee recently approved a report on an extensive three-year investigation into the use of torture in interrogations. This report should be made public. The decision to use torture was made by government leaders on behalf of the American people and was funded with American tax dollars. The intelligence committee investigation was ordered by elected officials and was paid for with public funds. The public has the right to know the truth about what was done in our name and with our money.

In addition to its disregard for the fact that humane interrogations are more effective than torture, “Zero Dark Thirty” also fails to address the moral quandaries surrounding the use of torture. 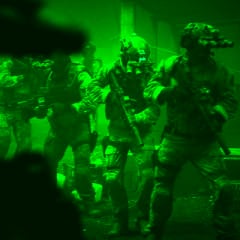 In reality, people who do terrible things are often haunted by it, even years later. In the movie, the main character participates in torture at her very first opportunity.

Seemingly troubled by it initially, she is completely fine with torture from that point forward. Her colleagues never express significant moral qualms. The closest any of the characters come to expressing that what they did might have been wrong is when one character tells another, “You don’t want to be the last one holding a dog collar when the oversight committee comes.”

Torture is a moral abomination that runs contrary to the teachings of all religions. It is degrading to all involved — the victim, perpetrator, and policymakers — and dishonors God and the traditions of our faiths. Torture is evil. It is an egregious violation of the dignity and worth of each and every person.

American faith communities recognize a moral imperative to end torture on the grounds that as a nation that aspires to set a moral example for the rest of the world, we should never subject any human being to treatment that degrades and violates them or us.

Evil exacts a cost. The use of torture harms not only the victims, but it also changes those who inflict it. As a society, if we come to accept torture, we will have lost something important. Americans are a proud and patriotic people — and the justification for our pride rests in large part on embracing our values of democracy and human rights.

We have a responsibility to not let our views on torture be shaped by a work of fiction. Torture is immoral and is against American and religious values — and we should oppose it for those reasons alone.

Additionally, the public should know the actual facts about our use of torture — the facts uncovered by the Senate Intelligence Committee investigation. The committee can help ensure that views on torture are shaped by fact, not fiction, by moving to release its findings as expeditiously as possible.

(Morris Davis is former chief prosecutor for the military commissions at Guantanamo Bay and is now on the faculty of the Howard University School of Law. The Rev. Richard Killmer is executive director of the National Religious Campaign Against Torture.) 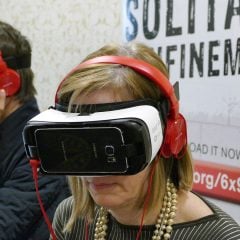 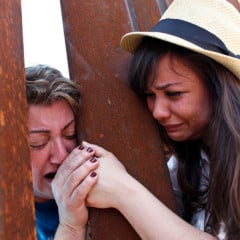 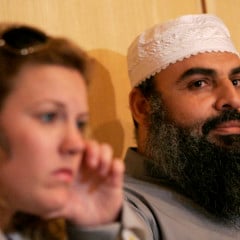 Beliefs
Italy faces fine over CIA abduction of Egyptian cleric
Follow us on Facebook!
Submit your photos to RNS