(RNS) A New Mexico lawmaker has drawn fire for proposing legislation to classify an abortion after a sexual assault as “tampering with evidence.”

Critics pounced on House Bill 206, introduced Wednesday (Jan. 23) by Republican state Rep. Cathrynn N. Brown, saying victims of sexual assault could be charged with a felony if they sought an abortion after rape or incest. But Brown said Thursday that the legislation was aimed at attackers, not victims. 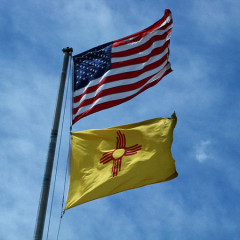 A New Mexico lawmaker has drawn fire for proposing legislation to classify an abortion after a sexual assault as “tampering with evidence.” RNS photo courtesy Denise Womack-Avila via Flickr (http://flic.kr/p/4DUges)

“House Bill 206 was never intended to punish or criminalize rape victims,” Brown said in a statement. “Its intent is solely to deter rape and cases of incest. The rapist — not the victim — would be charged with tampering of evidence.”

“New Mexico needs to strengthen its laws to deter sex offenders,” the statement added. “By adding this law in New Mexico, we can help to protect women across our state.”

Brown said she would amend her legislation to make the intent clearer, the Albuquerque Journal reported.

Democrats control both chambers, so the legislation would have no chance of passing.

The chairman of the state Democratic Party issued a statement, saying the original bill was “atrocious … wrong, and should never see the light of day in any legislature in this country, let alone New Mexico.”

A. Tampering with evidence consists of destroying, changing, hiding, placing or fabricating any physical evidence with intent to prevent the apprehension, prosecution or conviction of any person or to throw suspicion of the commission of a crime upon another.

B. Tampering with evidence shall include procuring or facilitating an abortion, or compelling or coercing another to obtain an abortion, of a fetus that is the result of criminal sexual penetration or incest with the intent to destroy evidence of the crime.

As a third-degree felony, the crime could carry a sentence of up to three years in prison.

Brown, an attorney who just began her second term, told the Carlsbad Current-Argus on Thursday that her bill was “badly drafted” and that she missed the possible interpretation when reviewing the language.

“I missed this one,” she said.

But state Democratic spokesman Scott Forrester said “it’s impossible that this was a mistake,” noting that the bill had nine GOP co-sponsors.

“She got caught,” he said. “She can’t backtrack. … Her agenda is pretty clear.”