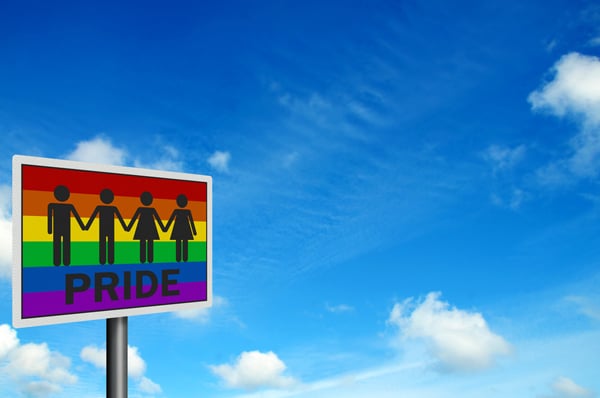 In the wake of historic victories for gay-rights supporters in last month's elections, a pair of USA TODAY/Gallup Polls find growing acceptance among Americans toward gay men and lesbians _ and soaring optimism among gay Americans that issues involving homosexuality will one day no longer divide the nation. **Note: this image is not available to download. Credit: RNS photo courtesy Shutterstock.com
March 12, 2013
Caleb K. Bell

WASHINGTON (RNS) Nearly two-thirds of Americans believe legalized same-sex marriage in the U.S. is inevitable, according to a study by LifeWay Research, a Nashville polling firm with ties to the Southern Baptist Convention. 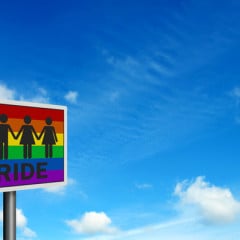 Nearly two-thirds of Americans believe legalized same-sex marriage in the U.S. is inevitable, according to a study by LifeWay Research, a Nashville polling firm with ties to the Southern Baptist Convention. Photo courtesy Shutterstock.com

But for some respondents, inevitability doesn't equal approval.

According to the findings, 64 percent of American adults believe same-sex marriage will become legal, whether or not they believe in it.

“We’re kind of in a national conversation about not just the issue of marriage and homosexuality, but really how our culture responds both to shifting views on the issue and views that aren’t shifting,” said Ed Stetzer, the president of LifeWay Research.

Christians, however, are split on their support of gay marriage. Only 19 percent of white evangelical Protestants favor gay marriage, according to the Pew poll; Catholics are the most in favor of same-sex marriage among Christian groups, at 54 percent.

Fred Sainz, vice president of communications for the Human Rights Campaign, said gay marriage is no longer a question of if, but when. "These are no longer assertions, they’re verifiable conclusions,” Sainz said.

But not everyone agrees that same-sex marriage is a sure thing.

Ryan Anderson, a fellow of the conservative Heritage Foundation, said that not everyone understands the issue, which means they can’t be certain.

“There hasn’t been effective articulation for the case, for traditional marriage. We’re just now having a national conversation of what marriage is,” Anderson said. "No one knows what the consequences of redefining it are."

Nine states and the District of Columbia have already legalized gay marriage, and the Illinois Senate recently passed a bill to do the same. In addition, 11 other states allow civil unions or domestic partnerships.

The LifeWay poll also found that a majority — 58 percent — of respondents believe gay marriage is a civil rights issue.

The issue of same-sex marriage will come to a head later this month, when the Supreme Court hears arguments against California’s Proposition 8 that banned gay marriage and the 1996 Defense of Marriage Act, which prohibits the federal government from recognizing gay marriages.

The LifeWay poll of 1,191 U.S. adults has a margin of error of plus or minus 2.9 percentage points.

Related Posts
By Alejandra Molina
‘Your fight is my fight’: Latino clergy and faith leaders rally behind Black Lives Matter
By Alejandra Molina
Who is Junipero Serra and why are California protesters toppling statues of this saint?
By David Crary
Amid pandemic, scores of US Catholic schools face closure
By Alejandra Molina
Four young people of different faiths move into a home together, then a pandemic happens
By Yonat Shimron
Samaritan’s Purse Central Park field hospital to close as virus cases drop in NYC